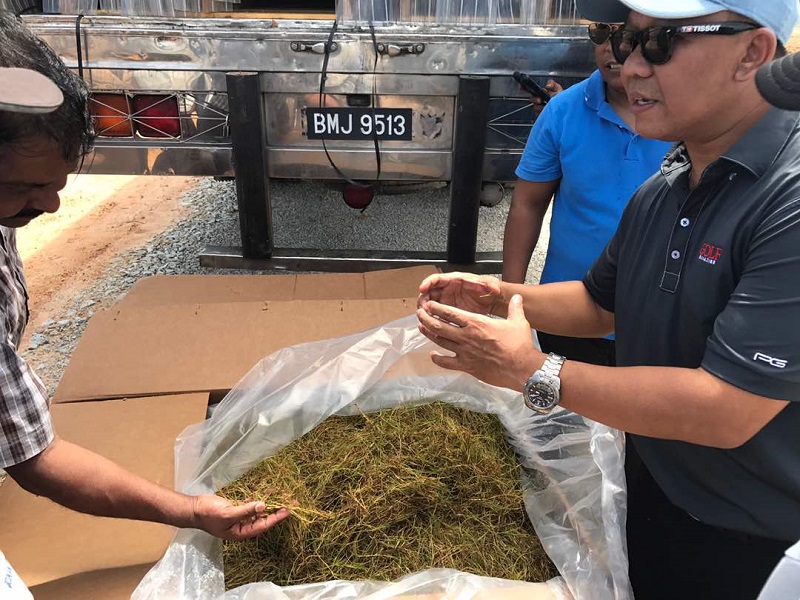 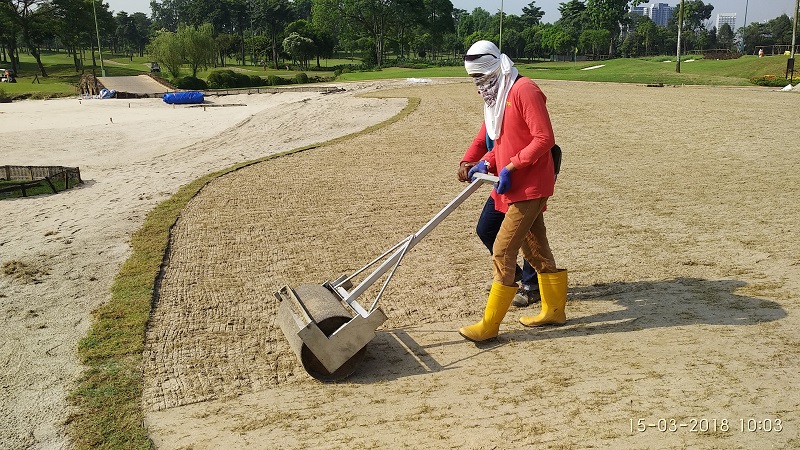 The upgrading project at TPC Kuala Lumpur’s West Course is on track as it prepares to host the 2018 CIMB Classic, the only PGA TOUR tournament in Southeast Asia, later this year.

Since November, renovation works to re-surface all the greens on the West Course with TifEagle Bermuda grass, and fairways and tee boxes with ‘Celebration’ Bermuda grass have progressed as planned.

Both grasses used are identical to those at TPC Sawgrass, home to THE PLAYERS Championship, which is the PGA TOUR’s annual flagship tournament in the United States.

“All 18 West greens were successfully re-turfed in mid-March and are now in the growing-in phase while the re-turfing exercise on six remaining tee boxes and six fairways will be completed by the end of May, proceeded by a three-month growing-in period,” said TPC Kuala Lumpur Head of Agronomy, Mohd Nizam Othman.

By the end of September, the West Course is earmarked to be in prime championship condition to test the PGA TOUR’s leading stars at the CIMB Classic later in October and also provide TPC Kuala Lumpur members with a greater playing experience.

Mohd Nizam said a minimum green speed of 12 on the stimpmeter will be achieved upon completion of the project while the upgraded fairways will present a new level of firmness which creates ideal competition conditions similar to other PGA TOUR host venues.

The major make-over at the West Course has been delivered through a joint effort between TPC Kuala Lumpur, PGA TOUR and course architect Parslow and Winter Golf Design. Some modifications include repositioning bunkers and creating new tees to enhance the original design strategy off the tee.

A new 80-yard short game practice area has also been built as part of the upgrading project, along with the addition of a new practice putting green.

Mohd Nizam said: “We have adhered closely to USGA standards in regard to soil specifications in our goal to create and deliver the best possible playing surfaces all year round to our members and high-level tournament players.

“When completed, TPC Kuala Lumpur will be able to showcase and further enhance the West Course as a premier championship golf course in Asia.”

TPC Kuala Lumpur is the only golf club in Asia which is part of the Tournament Players Club (TPC) network affiliated with the PGA TOUR, which is the pinnacle of professional golf. TPC Kuala Lumpur also hosts the Sime Darby LPGA Malaysia on its East Course.