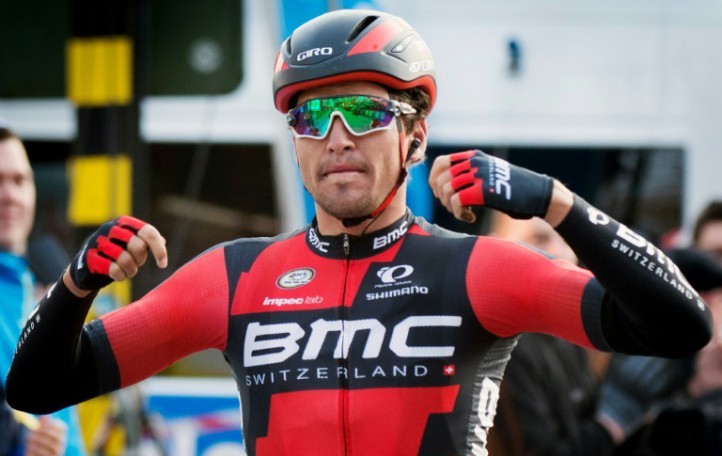 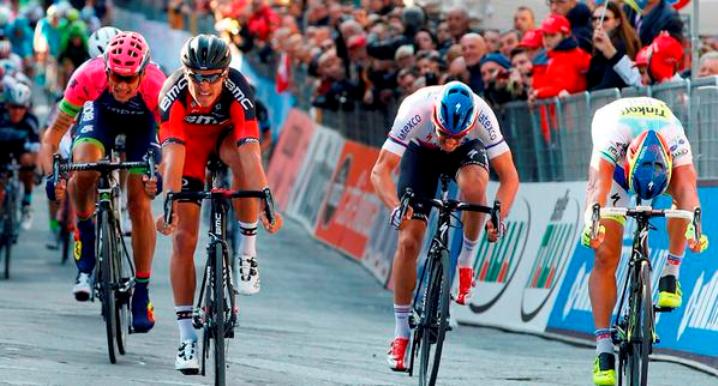 BMC rider Greg Van Avermaet outsprinted world champion Peter Sagan on his way to stage six triumph and the overall lead of Tirreno-Adriatico on the penultimate day of racing Monday.

A day after the cancellation of stage five due to the threat of snow at the summit finish of Monte San Vicino, the race resumed in earnest for 210km of racing from Castelraimondo.

The Belgian was among a small group of leaders being pursued by a frantic peloton in the closing kilometres.

And after seeing Sagan make his move in the final few hundred metres of a slightly uphill drag, Van Avermaet followed his rival’s wheel before coming around him in the final metres to win by half a bike length at the line.

Sagan, one of several riders racing at Tirreno with one eye on next week’s Milan-San Remo one-day classic, finished second, with former world champion Michal Kwiatkowski in third.

It is the second time Van Avermaet has beaten Sagan this season after pushing him into second at the Het Nieuwsblad semi-classic, and also underlines his credentials for next week’s ‘La Primavera’ — the first major spring classic of the season.