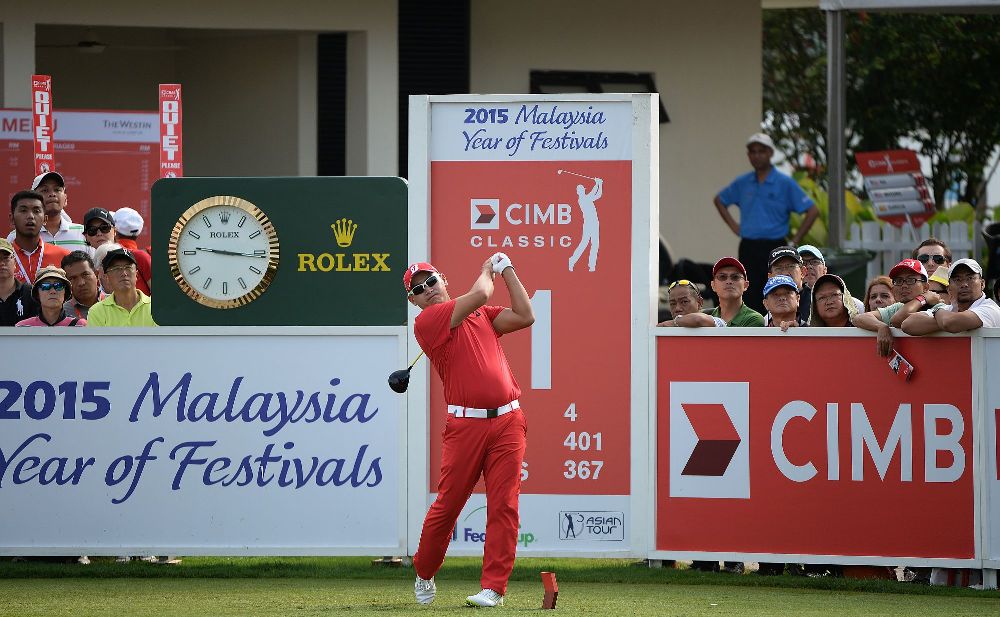 With American David Lipsky and India’s Anirban Lahiri, the current top-two, finishing a lowly 75th and 52nd at the Kuala Lumpur Golf and Country Club, the leading trio made up ground with some wonderful finishes in the final round.

The talented Smith shot a four-under-par 68 for a 12-under-par 276 total to finish in tied fifth place, five shots behind champion Ryan Moore at the event sanctioned by the Asian Tour and PGA TOUR.

A tied eighth finish for CIMB Classic debutant Que and Prom gave them a fighting chance as well to challenge for the prestigious Merit crown as they moved up to fifth and third place respectively on the rankings with US$379,855 and US$447,137.

With their top-10 results, they also earned exemptions into next week’s PGA TOUR stop in Mississippi, which the 21-year-old Smith has taken with both hands.

“Beyond expectations for me.  Yeah, I’m pretty happy,” beamed Smith. “I think I’m going to go (to the PGA Tour event next week). It would be a pretty hard offer to turn down.”

Prom, who won his second Asian Tour title in Chinese Taipei in September, is now setting his sights on challenging for the Order of Merit crown after deciding to not to take up next week’s PGA TOUR exemption.

“We have six more tournaments to go so I will try to become the number one. Cameron and Angelo are playing good so the three of us still have a chance to catch David. We’ll see how it goes,” said Prom, who is nicknamed the ‘Big Dolphin’.

After finishing second in the Hong Kong Open a fortnight ago, the colourful Que continued his hot form with a closing 70 as he earned US$189,000 to move up to fifth on the money list. He has also decided to take up the opportunity to compete on PGA TOUR next week.

“I think I’m playing with a lot of confidence right now, trusting myself.  It’s always trust issues, you know.  If you trust yourself more, I think you’ll tend to do better,” said Que, a three-time Asian Tour winner.

Que’s new found confidence will put him in good stead for the remainder of the 2014 Asian Tour season.  “I think I have a good chance of challenging now. I was wondering what the difference is between those guys on top, between them and me. I think I know I’ve realized it, that you just need some good breaks, learn from other people, and just trust yourself.

“I think that’s the key, and I’ve been doing it the past few weeks, so hopefully it just keeps on going,” said Que.

Following the high of winning the Venetian Macau Open last weekend, India’s Lahiri was disappointed with his form at the CIMB Classic where he shot rounds of 74, 72, 70 and 73. He remained about US$160,000 behind Lipsky.

“Very disappointed,” said Lahiri. “I played no where near my potential. I think after last week I was expecting myself to play better. Having said that, it was a great week, good opportunity. Obviously terribly disappointed to have played so poorly this week, but that’s golf,” said Lahiri.