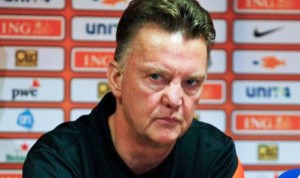 Manchester United manager Louis van Gaal proclaimed that his side were once again the biggest team in the city after they overwhelmed Manchester City 4-2 in the derby.

City had won the four previous encounters between the teams, drubbing United 4-1 and 3-0 last season en route to the title, but that sequence came to a juddering halt at Old Trafford on Sunday.

Victory, five months on from a 1-0 loss in the reverse fixture, left United four points clear of City in third place in the Premier League, prompting Van Gaal to assert that his men had reclaimed the Manchester throne.

“We are at this moment four points ahead, so that is a fact,” he said when asked if United were once again the dominant team in the city.

“You are playing for the fans and at the beginning of the season it was not so fantastic to be a United fan, because we have started 11 matches with 13 points and still they have supported us.

“And now, this week especially, they can go on the streets, hat up, and say, ‘We are this year the better team, because goal average is in our favour (over the two derby games).'”

Just as they had done in last season’s 3-0 win at Old Trafford, City started briskly and took the lead in the eighth minute when David Silva teed up Sergio Aguero for a tap-in.

But United stormed back with goals from Ashley Young, Marouane Fellaini, Juan Mata and Chris Smalling, before Aguero claimed his second goal — and 100th in City’s colours — at the death.

Young and Fellaini, much maligned under Van Gaal’s predecessor David Moyes, have been instrumental to United’s current run of six straight league wins and the Dutchman hailed both players’ contributions.

As well as scoring, from an Ander Herrera cross, Young set up headed goals for Fellaini and Smalling, prompting Van Gaal to describe his performance as “fantastic”.

“He was our best player. I am very happy for him,” added the United manager, whose side visit leaders Chelsea next weekend.

“Ashley has always played with me. Fellaini also, because he was a lot of times injured, but he is from day one the player who is always doing what I ask.

“You can say not always very good, but never bad. That’s also very important for a manager, that a player who always gives a certain level of performance.”

United finished the game with 10 men after Michael Carrick went off complaining of stiffness in his calf, the hosts having already made their three permitted substitutions, and Van Gaal said the England midfielder would undergo tests on Monday.

Deflated City manager Manuel Pellegrini refused to discuss his future at the Etihad Stadium, telling reporters: “I am not talking about my position. It is not important.”

The Chilean’s side have lost six times in eight games in all competitions and four times in succession on the road in the Premier League, which represents their worst run since 2006.

City could see their cushion in fourth place reduced to four points if Liverpool beat Newcastle United on Monday, but Pellegrini said their only focus would be on next weekend’s home game with West Ham United.

Asked if he was concerned about his side dropping out of the Champions League places, Pellegrini replied: “We are concerned to try to win the next game.

“We have to play six games more. We spent an important part of the year in the first or second position.

“Losing these two games (against United and Crystal Palace), we are now in fourth position, but United and Arsenal have to play against Chelsea.

“We have 18 points more to play for, so we must not be dramatic. We have to play now two games at home. We must try to recover as soon as we can from this defeat and try to win the next game.” – Agence France-Presse