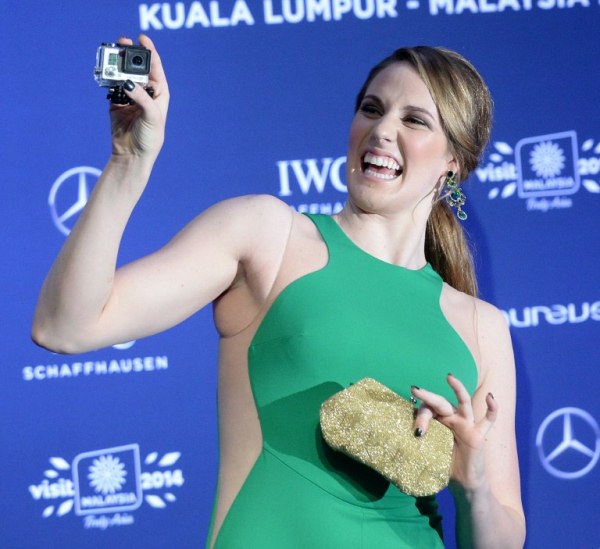 FORMULA ONE world champion Sebastian Vettel and swim star Missy Franklin were named Laureus sportsman and woman of the year today in a ceremony in Malaysia that was tinged with tragedy over the MH370 plane disaster.

Germany’s treble-winners Bayern Munich beat out rugby’s All Blacks for team of 2013 and Rafael Nadal won comeback of the year at the glamorous awards show in Kuala Lumpur.

The ceremony, packed with some of the greats of world sport, was preceded by a moment’s silence for the 239 people killed when flight MH370 crashed in the Indian Ocean in still unexplained circumstances.

Malaysian Prime Minister Datuk Seri Najib Razak, who just two days earlier announced the fate of the missing Malaysia Airlines plane and passengers, said “our thoughts and our prayers” were with the victims.

“At this difficult time we draw strength from individual stories of perseverance, of generosity, of endurance. The nominees here tonight display those values,” Najib told the audience in the Malaysian capital.

“If I’ve learned anything tonight, surely it’s the fact that sport can be a very, very big inspiration,” an emotional Vettel said. “I’ve come here and seen many heroes of mine … this (award) is very inspirational, very special.”

Franklin, 18, beat tennis great Serena Williams and Russian pole vault queen Yelena Isinbayeva, among others, to the women’s award and afterwards she offered her condolences for the plane crash.

Spain’s Nadal won comeback of the year for his amazing recovery from a career-threatening knee injury when he won the French Open and US Open and returned to world No. 1.

“Everyone knew how tough last year was with my injury. I thought I would never have the chance to come back,” said Nadal, who picked up the third Laureus award of his career.

Afghanistan’s cricket team were honoured with a spirit of sport award for their feat in rising from refugee camps and long-running conflict to qualify for the 2015 World Cup.

Spanish MotoGP rider Marc Marquez won breakthrough of the year for becoming his sport’s youngest ever world champion at the age of 20 years and 266 days.

Skier Marie Bochet of France, who was born without a left forearm, was named best sportsperson with a disability and British BMX rider Jamie Bestwick won the action sports award.

The winners were chosen by secret ballot by a 46-strong panel of sporting greats. Bobby Charlton, Steve Waugh, Johan Cruyff, Sebastian Coe, Mark Spitz and Nadia Comaneci were just some of the big names at the show.

Organisers had earlier scaled back press events and dedicated a football match featuring legends of the game to the victims of the plane crash after it was confirmed on Monday.

The widely televised show was moved from Rio de Janeiro after authorities in Brazil, which has seen protests over its hosting of the World Cup, became concerned over the reaction to spending public money on the event.