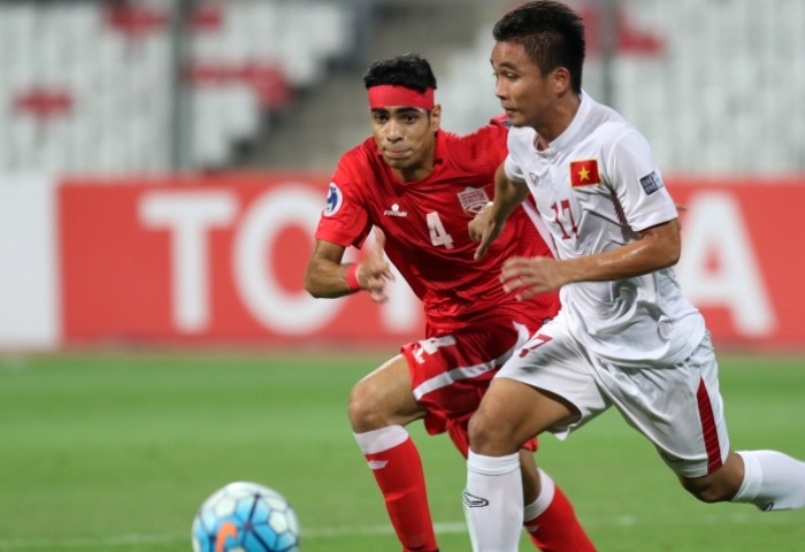 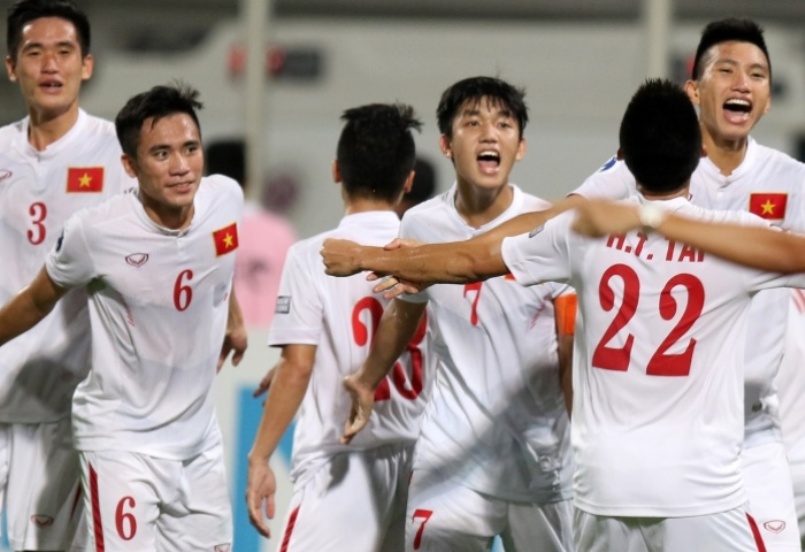 A splendid goal from Tran Thanh was enough to give Vietnam a historic 1-0 win over hosts Bahrain in their AFC U-19 Championship Bahrain 2016 quarter-final encounter on Sunday.

The Vietnam striker’s instinctive chip over goalkeeper Yusif Habib in the 72nd minute sealed a first-ever semi-final berth for his country, as they also qualified for the FIFA U-20 World Cup Korea Republic 2017 for the first time in their history.

A crowd of 10,610 watched on as the hosts took on the last remaining Southeast Asian team on a warm evening at Bahrain National Stadium.

Bahrain had the first real chance of the evening in the 19th minute as a free kick was whipped in from the left and found captain Ahmed Mubarak at the far post but goalkeeper Bui Tien Dung spread himself well to block and then fall on the ball.

Mohamed Marhoon then put his free kick from 25 yards out wide of the left post before Ahmed Saleh beat his man for pace on the right and put in a low cross that was just too close to Bui.

Vietnam then had an opportunity of its own when Duong Van Hao was fouled near the right goal line and Nguyen Quang Hai opted to put in a shot on goal from the resulting free kick.

Goalkeeper Yusif Habib elected to punch the ball and Doan Van Hau’s follow-up effort was headed away by the defender at the near post.

Bahrain then failed to adequately clear a Ho Minh Di free kick in the 36th minute as Bui Dung picked up the loose ball outside the box, sending a defender the wrong way with a shimmy before arrowing a shot straight at the goalkeeper.

The teams went into the break with the scores tied, but there was a visible upping of tempo after the break as both sides sought the opener.

Mohamed Marhoon spurned a great chance for Bahrain in the 50th minute after a long ball back into the Vietnam box found him sprinting clear of a defensive line that had pushed up.

However, the midfielder took one too many touches before miskicking the ball, allowing Bui Tien Dung to make a block before a defender hacked it away.

Hassan Ali then landed awkwardly after a challenge in the air in the 64th minute, needing to be stretchered off in agony as Faisal Shawqi was brought on.

Eight minutes later, Vietnam were ahead thanks to a well-taken set piece.

A long free kick into the box was met on the volley by Ho Minh Di but although it was initially off target, Tran Tranh redirected it over the goalkeeper and into goal with a delicate first-time chip.

The stadium was stunned into silence as the Vietnamese bench celebrated wildly but the majority home crowd showed great sportsmanship by warmly applauding the brilliant goal soon after.

Bahrain were soon back into the attack but although the crowd was brought to their feet on several occasions as they came close, they were unable to find the elusive equaliser as Vietnam’s defence held firm.