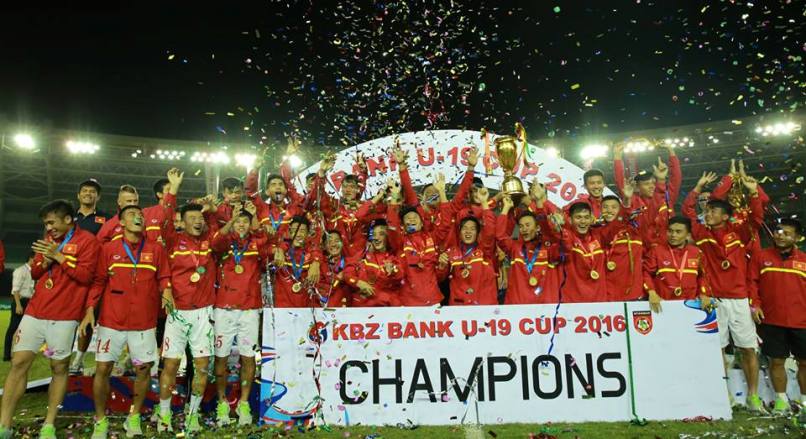 The Vietnam Under-19 team won the KBZ Bank U19 Cup when they beat the U18 team of Consadole Sapporo 5-4 on penalties last night.

The score at the end of regulation and also extra-time was 0-0 with the Vietnamese side scoring all their attempts while Consadole missing once.

In the meantime, Thailand take the third spot in the competition when they beat hosts Myanmar 7-6 – also from the penalty shoot-out after the score was tied 1-1.

Aung Kaung Mann nailed the opener for the hosts in the 23rd minute before Sirimongkol Jitbanjong grabbed the equaliser just before the break.