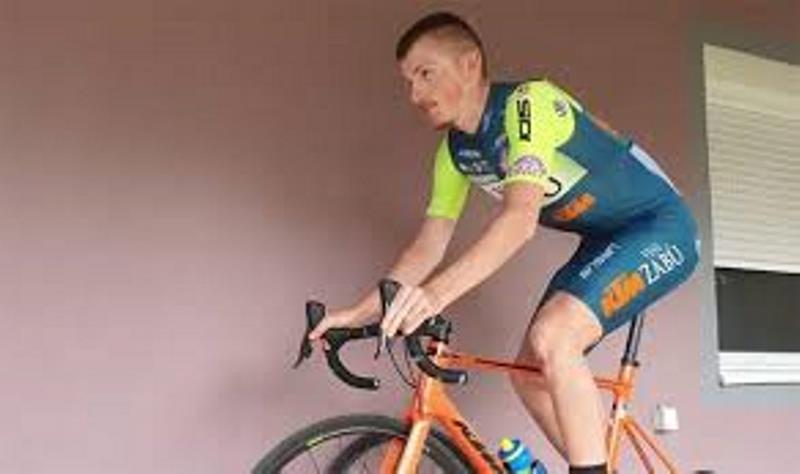 VINI ZABÙ KTM WON STAGE 3 OF THE GIRO D’ITALIA VIRTUAL, ASTANA PRO TEAM RETAINS THE MAGLIA ROSA.  IN THE PINK RACE TREK-SEGAFREDO WON THE STAGE AND INCREASED THE LEAD OF THE GC.

Tomorrow cycling’s greatest ex-pros (the ‘Legends’) will race side by side, including: Alessandro Bertolini, Matteo Montaguti, Andrea Tafi and Alessandro Ballan. More than 8000 amateurs have already registered to take part. Sign up to compete at www.garminvirtualride.com/it. Visit www.retedeldono.it/giro to donate to the event’s fundraiser for the Italian Red Cross.

Vini Zabù KTM have won the third stage of the Giro d’Italia Virtual thanks to Veljko Stojnic and Andrea Bartolozzi with a combined time of 1:37’00”, beating Team Jumbo – Visma, second at  25″, and Astana Pro Team, in third at 1’33”. Domenico Pozzovivo, riding today for the Italian national team, was the stage’s fastest finisher in 47’03”.

Astana Pro Team, today represented by Davide Martinelli and Yevgeniy Gidich, retained the Maglia Rosa with a 14’30” lead over Androni Giocattoli – Sidermec and 16’08” on the Italian national team.

In the Pink Race, it was stage victory for Trek-Segafredo (combined time 1:55’17”) thanks to Ellen van Dijk (0:56’18”, the stage’s fastest finisher) and Audrey Cordon Ragot. Astana Women’s Team (with Katia Ragusa and Olga Shekel) finished second at 07’02” and the Italian national team (with Elena Cecchini and Maria Giulia Confalonieri) third at 7’16”.

Trek-Segafredo increased the lead in the general clarification with a 34’43” advantage over the Italian national team and  1:08’36” over the Astana Women’s Team.

The Giro d’Italia Virtual, raising vital funds for the Italian Red Cross, has been created in collaboration with Enel (the event’s official presenting partner), Garmin Edge and Tacx. The race is also officially sponsored by Castelli, Bianchi, NAMEDSPORT and Segafredo.