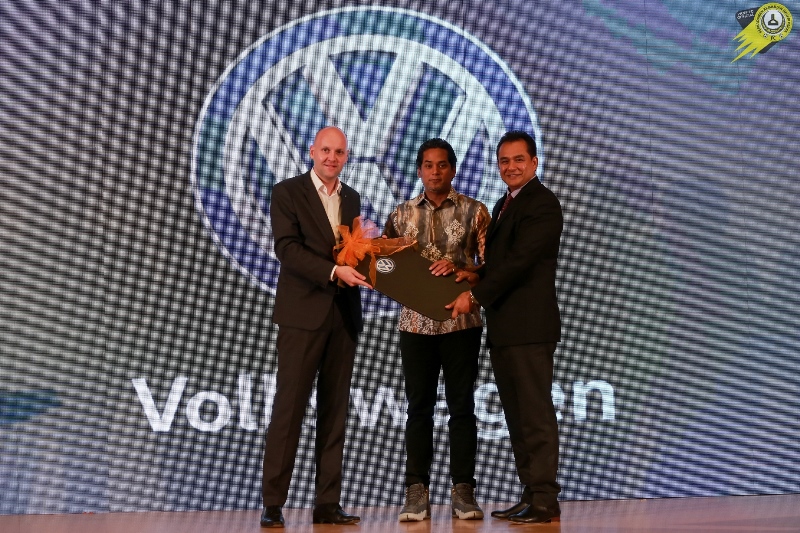 German marque Volkswagen is making a return to Le Tour de Langkawi this year and where they will sponsor upwards of 212 vehicles towards making the race a resounding success.

The last time Volkswagen was involved in the hottest cycling race in this part of the world was back in 2016 when they provided a total of 190 vehicles.

Volkswagen’s Director of Passenger Cars Malaysia, Erik Winter said that the vehicles will be used for the 23rd edition of Le Tour de Langkawi on 18 – 25 March 2018.

“Volkswagen is very glad to be back with Le Tour de Langkawi as the official car and of course, we are very proud to once again be given the opportunity to be part of this prestigious race in Asia once again,” said Winter.

“We will be handing over several types of cars to the organizers of Le Tour de Langkawi and we are very confident that they will provide not only driving comfort but also safety for the entourage.”

The vehicles breakdown for LTdL 2018 are as follows:

Volkswagen first made their debut at Le Tour de Langkawi back in 2009 when they became the official white jersey sponsor for the Best Asian Rider.

And Volkswagen return this year as the official car has certainly drawn a positive response from M. Kumaresan, the Chief Executive Officer of Le Tour de Langkawi 2018.

“Of course, the involvement of Volkswagen as the official car will make this year’s Le Tour de Langkawi even better. It not only showed their belief in the tour but also showed their willingness as a corporate company to support local events which is a vital cog in the machinery,” added Kumaresan.

Le Tour de Langkawi this year will be on 18 – 25 March and where it will see the involvements of 22 teams from all over the world.