Home 2019 ‘I want to be somebody’, says Fazriq after clinching the double in... 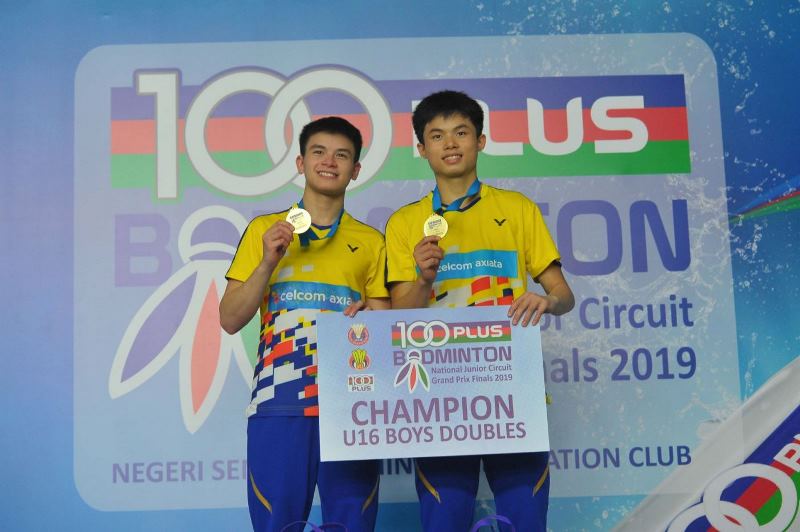 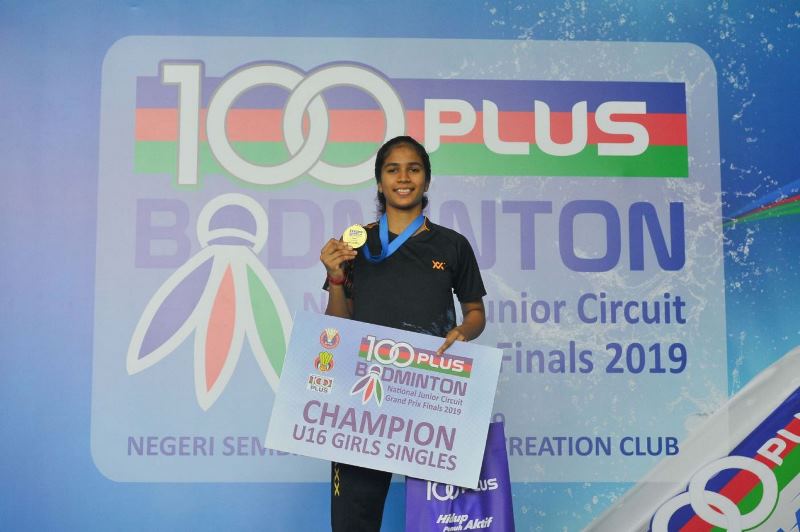 Muhammad Fazriq Razif ruled the 100PLUS National Junior Circuit Grand Prix Finals with another double by winning the Boys’ Under-16 singles and doubles at the Negri Sembilan Chinese Recreation Club in Seremban on Sunday (July 7).

The top-seeded national junior, fresh from winning the World Badminton Under-15 Shonai Invitational in Japan a week ago, clinched the singles title with a straight game 22-20, 21-15 win over unseeded Hooi Shao Hern of Kuala Lumpur in 42 minutes.

“I want to be somebody (in badminton). The progress has been good so far but I still need to improve my game further. It is tiring to play in both, the singles and the doubles. However, although hectic, I have taken the challenge before deciding whether to play in the singles aor doubles,” said Fazriq after his win.

“Consistency won me the titles. It was not an easy final against Shao Herng. He is a quality player who gave me a tough time in the first game.”

Razif, who watched his son clinch the double, is delighted with his son’s showing in the 100PLUS GP Finals and is confident that Fazriq “will go far in his badminton career”.

For Selangor’s K. Letshanaa it was payback time as she delivered what she had confidently promised at the start of the GP Finals – to win the Girls’ Under-16 singles title.

Letshanaa came back from a game down to beat defending champion Arena Satu Samin of Sabah 10-21, 21-9, 21-15 in 48 minutes. It was also sweet revenge for the national junior who lost to Arena in the 2nd-leg 100PLUS Junior Circuit final in Johor Bahru in May.

“I was confident throughout the GP Finals and had set my mind to win the title. This came through a lot of hard work and training and I am glad to have achieved my target. I thank my coaches and my parents for their sacrifices,” said Letshanaa, who like Fazriq will don national colors in the Asian Junior Championships in Suzhou, China later this month.

There was an upset in the Girls’ Under-16 doubles when top seeds and favorites – Cheng twins Su Hui and Su Yin (BAM/Kedah) – fell at the final hurdle to second seeds and national compatriots Khor Jing Wen-Tan Zhing Yi (BAM/Penang) 15-21, 21-9, 19-21 in a 62-minute battle.

National junior trainee Eogene Ewe Eon (BAM/Perak) clinched a double in the Boys’ Under-14. In the singles final he defeated his doubles partner Ramno Ferdinan (BAM/Sabah) 21-18, 22-20 and the duo later teamed up to win the doubles against Bryan Jeremy Goonting-Low Han Chen (BAM/Kul) 21-19, 24-22.

In the Under-12 category, Johor’s Dania Sofea Zaidi retained her girls’ singles title with a 21-14, 21-14 win over second seed Oo Shan Zi of Penang. In the doubles Dania and Lai E Yun, the second seeds upset top seeds Christine Lam Mei He-Shan Zi 23-21, 21-14 in the final.