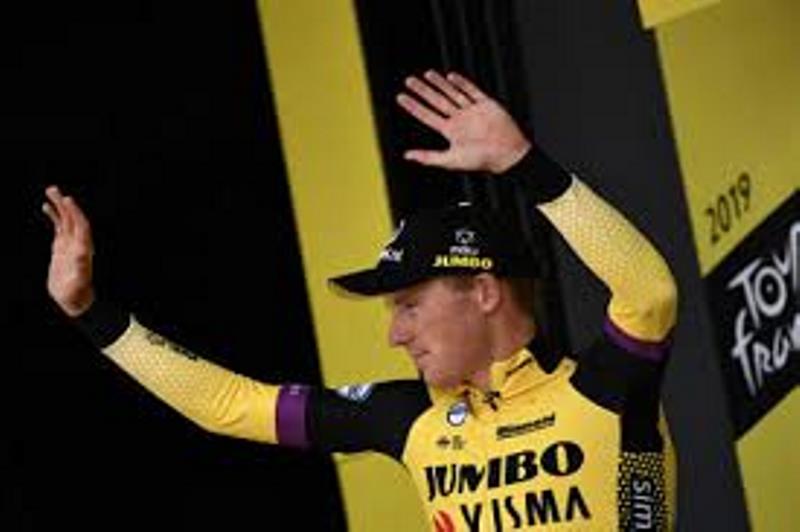 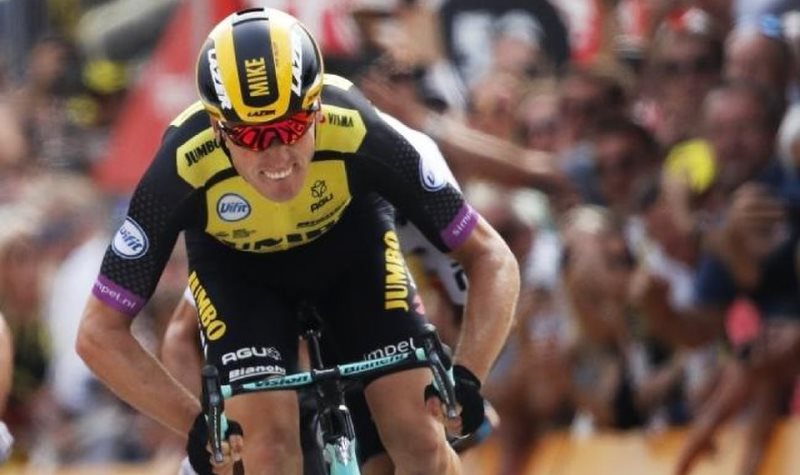 Team Ineos in the lead from the beginning

22 teams of 8 riders each took part in stage 2, a 27.6km long team time trial in and around Brussels, from the Royal Palace to the Atomium. Last in the teams classification after stage 1, Team Ineos got the ball rolling and set a reference time of 13’59’’ at Bois de la Cambre (km 13.2), 21’11’’ at Schaerbeek (km 20.1) and 29’18’’ on the finishing line at an average speed of 56.5km/h. Even though David Gaudu slipped in the last curve, Thibaut Pinot’s Groupama-FDJ bettered Astana by nine seconds on the finishing line as Jakob Fuglsang didn’t suffer much after his spectacular crash the day before. The time of Katusha-Alpecin at the first check point came as a shock as Alex Dowsett dragged his team-mates to a faster time than Ineos (by 3’’). It was confirmed by the second one (by 2’’). But six seconds were missing on the finishing line for the Swiss-registered squad to beat the British outfit.

Last on the road, first at the end

Ineos was still leading after half of the teams completed the course. Sunweb equalled Katusha-Alpecin’s time 6’’ adrift. Deceuninck-Quick Step was close to dethrone the leaders but their fourth man wasn’t able to hold onto Julian Alaphilippe’s slipstream at the end. Eight tenth of a second were missing for the Belgian squad. However, as soon as Jumbo-Visma hit the road, they were clearly one class above all other stage contenders. They were ahead at all time checks and clocked a faster time than Ineos by twenty seconds. It’s the first time since 2001 (Stuart O’Grady’s Crédit Agricole) that a yellow jersey holder wins the team time trial. Teunissen is the first Dutchman to wear the yellow jersey for two days in a row since Teun van Vliet in 1988. Panasonic was the last Dutch team to win the team time trial at the Tour de France.

For the first time in thirty years, a Dutchman will ride in the yellow jersey at the Tour de France and Mike Teunissen might as well retain it as Jumbo-Visma is one of the best teams in that specialty.

This year alone, they won the team time trial at the UAE Tour and finished second to Mitchelton-Scott at Tirreno-Adriatico. They’re at the Tour without their driving force Primoz Roglic but their line-up of time trial specialists remains impressive with Tony Martin, Jos van Emden, Wout van Aert, Steven Kruijswijk, Laurens De Plus and Amund Grondahl Jansen.

“It was a dream come true, and it’s the case today again. We went hard from the start. Dylan [Groenewegen] did a good work at the beginning but because of the crash yesterday, he couldn’t stay for long and we had to work out our tactic without George [Bennett] because he’s too small although he felt good. The other guys were very strong. Everybody kept their pace. We heard we were the fastest. It gave us a lot of morale. We were flying. It’s not that I’m getting used to winning stages at the Tour de France but it remains special. In the end, yesterday it was mainly me who took credit for the win, today it’s eight strong riders, the staff and everyone who contributed to the team’s success. It was very big goal for us to win this.”

As an historical reference, the Dutch national team won the first ever team time trial at the Tour de France in 1955 in Dieppe.

Seven of their eight riders who finished second last year are part of the line-up this time again, with only Chris Froome missing and being replaced by Dylan van Baarle who is himself a qualified time trialist too. Team Ineos is an obvious favourite in Brussels on the 27.6km course from the Royal Palace to the Atomium.

As they took the last position in the teams classification of stage 1, they’ll be first on the road. Shall they win, Gianni Moscon, their highest ranked rider on stage 1, in eightieth position just one ahead of Egan Bernal, will get the yellow jersey. Bahrain-Merida and Mitchelton-Scott are among the other serious candidates while several GC contenders will be hoping for limiting the damage.