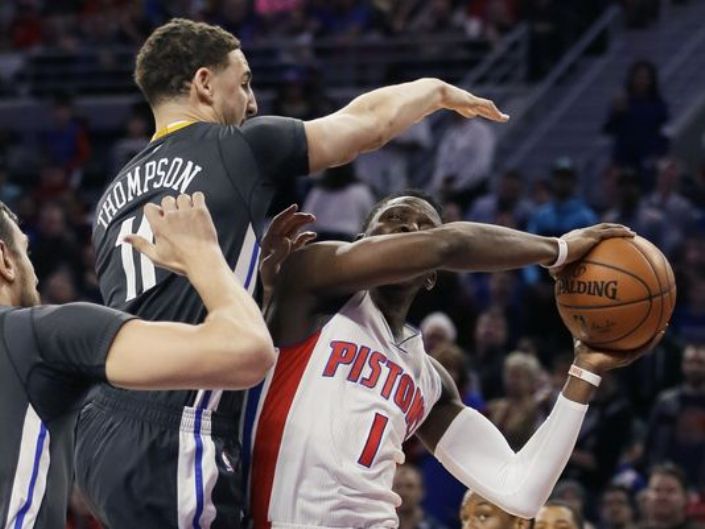 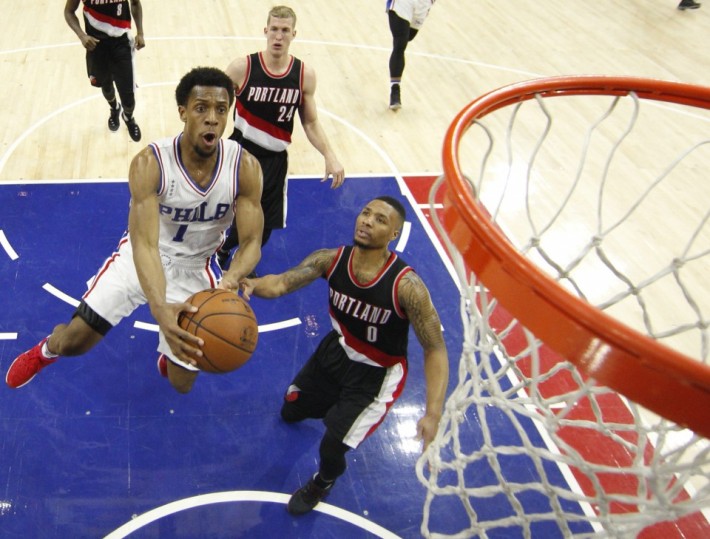 Detroit celebrated former Pistons great Ben Wallace on Saturday with a win over the NBA’s current best, handing the Golden State Warriors just their fourth defeat of the season.

The Pistons beat the Warriors 113-95, Golden State’s second defeat in three games and a perfect ending for Detroit fans to a night that saw their club retire four-time defensive player of the year Wallace’s number three jersey in their Palace at Auburn Hills arena at halftime.

Pistons point guard Reggie Jackson and Kentavious Caldwell-Pope had 20 points apiece and Detroit led by double digits throughout the second half.

“It’s like playing your best friend,” Drummond said of Green’s jawing. “You can talk if you want, it doesn’t mean you mean it. You’re just trying to get the best of him. I intimidate people by the way I play.

But the rest of the Warriors offered little support.

Shooting guard Klay Thompson scored 24 points, but Green was held to five — 10 below his average.

Golden State did chip away at the Pistons’ 19-point lead in the third quarter.

Curry, who scored 16 points in the period, drained two three-pointers to pull his team within 12. Another Curry three-pointer made it 83-73 later in the frame.

But Detroit opened the fourth quarter with a 9-0 scoring run to seize control.

“No matter where we go, teams are going to give us their best shot,” Warriors interim coach Luke Walton said. “It was a big night with the crowd, it was a sellout, retiring Ben Wallace’s jersey.

The Warriors are 37-4 at the midway point of the regular season with a tough NBA Finals rematch with the Cleveland Cavaliers coming up on Monday.

In Philadelphia, rookie center Jahlil Okafor scored 17 of his 25 points in the first quarter and the 76ers rode a fast start to a 114-89 victory over the Portland Trail Blazers — the most lopsided of the 76ers’ lowly five wins this season.

Okafor connected on 12 of 16 from the field and pulled down 10 rebounds for the Sixers, the worst team in the league.

Prior to Saturday, Philadelphia’s biggest win was 103-91 victory over the similarly sorry Los Angeles Lakers on December 1.

“It feels good when you see your teammates on the bench and they’re telling you to keep killing it, as they call it,” Okafor said. “They just continue to motivate me, give me confidence, and it’s a lot of fun.”

In Los Angeles, the Sacramento Kings snapped the Clippers 10-game winning streak with a 110-103 triumph.

DeMarcus Cousins scored 19 points with 13 rebounds and six assists for the Kings. J.J. Redick scored 22 points to lead the Clippers, who were again missing center DeAndre Jordan as he recovers from pneumonia and forward Blake Griffin, who is still nursing a torn quadriceps tendon.

The Clippers hadn’t lost since falling 100-99 to Oklahoma City on December 21. – Agence France-Presse