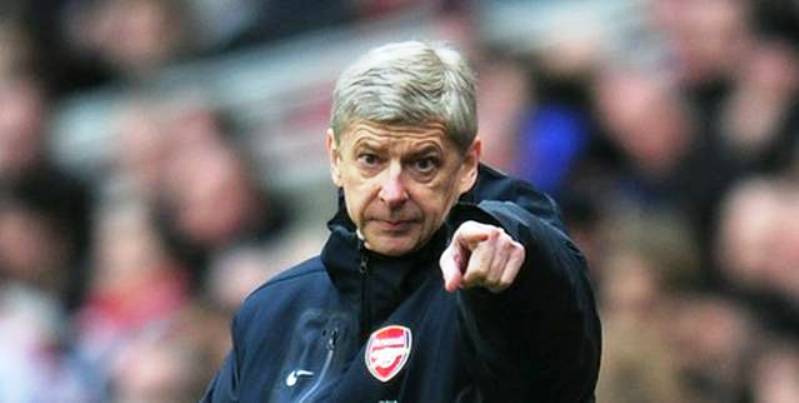 Arsene Wenger has demanded Arsenal learn the lessons of their past Champions League meltdowns when they host holders Barcelona in the last 16, first leg on Tuesday.

Wenger’s side have been eliminated from Europe’s elite club competition in the last 16 for the previous five years, with the last four of those failures coming after they were beaten in the first leg.

Monaco last season, Bayern Munich in the two years before that and also AC Milan have all taken advantage of the Gunners’ defensive weaknesses and mental fragility in the knockout stages.

But Wenger is tired of watching his team come apart at the seams in the tournament he still yearns to win for the first time and has made a point of warning his players to show more composure when Barca arrive at the Emirates Stadium.

“It’s a good opportunity to show we have learned because it is true we have given ourselves a difficult task after the first home leg and maybe after we have been a bit too keen to make the difference in the first game,” Wenger told reporters on Monday.

“We need to find the right balance between being audacious because that is what you will need to be against Barcelona.

“We need to be strong defensively as a unit and not put ourselves in front of a very difficult task in the second leg.”

While Wenger hopes his warning not to go for broke too soon will draw a measured and mature response from his side, the Gunners boss knows the task facing them to advance to the quarter-finals for the first time since 2010 is a daunting one.

With Lionel Messi, Neymar and Luis Suarez forming a formidable front three, Luis Enrique’s men are firm favourites to reach the last eight for a ninth consecutive season as they bid to retain the trophy.

Even Wenger, whose side were knocked out by the Spanish giants in 2011, acknowledged the superiority of Barcelona’s world-class squad, saying: “Obviously Barcelona are favourites.

“Of course, our world is not perfect and no team is perfect. But Barca are not far from it, I must say.”

Arsenal go into the tie after a disappointing goalless draw against Championship club Hull City in the FA Cup fifth round.

But Wenger will recall all his big guns after resting them on Saturday and he insisted the challenge of taking on a club of Barca’s class was in some ways easier than having to find a way to motivate his players against lower-league opposition.

“Honestly, of course the difficulty of the task is completely different but it is more difficult to prepare against Hull than Barcelona,” Wenger said.

“Against Barcelona everyone is naturally focused. It is more to create belief and confidence, because Barcelona are super favourites in this game.

“Against Hull it is more to raise the urgency level and convince everybody that it is a very difficult game.

“Tomorrow everyone is convinced that we absolutely need to have, as a squad, total focus to have a chance and that is what I try to raise. Belief, confidence and let’s go for it.”

Barcelona, chasing a sixth European Cup, swagger into London eight points clear at the top of La Liga after beating Las Palmas 2-1 to extend their club record unbeaten streak to 32 games in all competitions.

Messi, Neymar and Suarez have proved impossible to stop and Ivan Rakitic, the Barca midfielder tasked with getting the ball to his team’s deadly front three, admits he is in awe of their ability.

“We have to focus on what we do and we are really delighted to play with Messi, Suarez and Neymar,” he said.

“They are like children playing football and it would be like taking the ball away from them (to rest them).

“We must try to help them be better, those three players make us a different team.” – Agence France-Presse