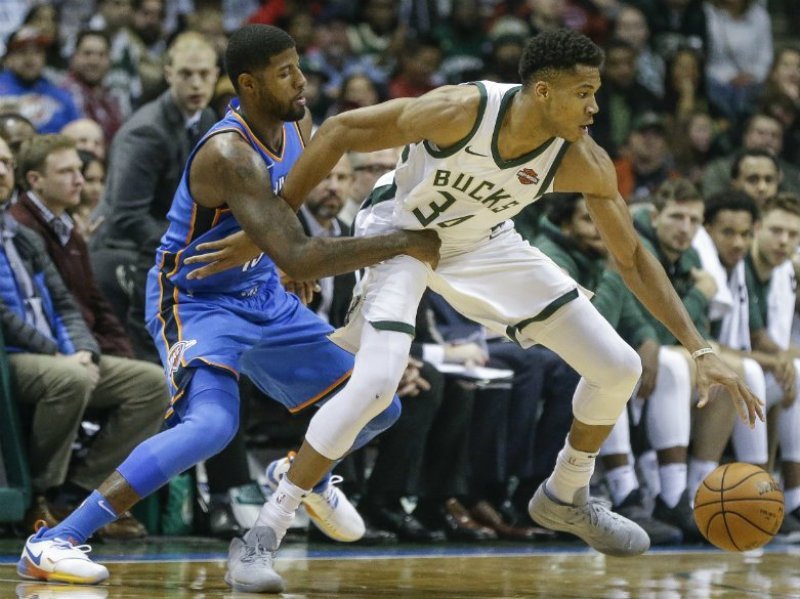 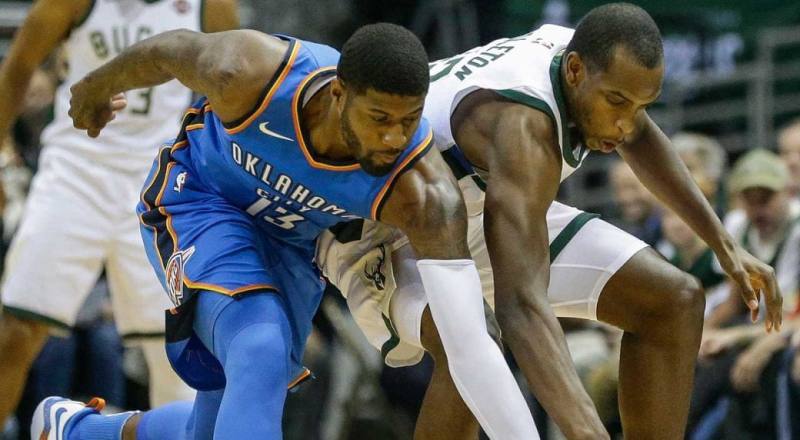 American Westbrook finished just shy of his fourth triple double of the season, scoring 12 points, grabbing 10 rebounds and collecting nine assists for the Thunder in front of a crowd of 18,700 at the Bradley Center arena.

The game was billed as a matchup between the defending league MVP Westbrook and the early season front runner for the award Bucks superstar Antetokounmpo.

But unlike Greece’s Antetokounmpo, Westbrook got plenty of help from his supporting cast Tuesday as Paul George scored a team-high 20 points and Carmelo Anthony chipped in with 17.

Jeremi Grant also finished with 17 for the Thunder, who shot 49 percent and improved to 4-3 on the season.

“I thought we played a great game on offense in the first half,” Oklahoma City coach Billy Donovan said. “We really moved the ball well and we generated high-quality shots.”

The 22-year-old Antetokounmpo led the Bucks but failed to reach the 30-point mark for just the second time this season.

Antetokounmpo, who grew up in Athens and is of Nigerian descent, hit nine of 14 shots, including a pair of three-pointers. But Milwaukee shot just 42.1 percent overall as they lost their second game in the last three.

“They just played better than us,” Antetokounmpo said. “They were more physical than us. We need to do a better job of being ready, especially against teams like OKC.”

Oklahoma City wasted little time setting the tone, using a 16-0 run to jump out to a 20-8 first-quarter lead.

Antetokounmpo drew his third foul just a minute into the second quarter and spent the next eight minutes on the bench.

Milwaukee struggled to keep pace without him and fell behind by as many as 24 before going into halftime down 60-42.

In Los Angeles, Julius Randle came off the bench to score 17 points and lead seven players in double figures as the Los Angeles Lakers defeated the red-hot Detroit Pistons 113-93.

Reggie Jackson and Tobias Harris scored 18 points each for the Pistons, who dropped to 5-3 on the season.

“I don’t think we are going to play that great every night but it shows that our team is capable of being a very good basketball team when we are playing together,” said Lakers coach Luke Walton.

The Pistons were coming off back-to-back wins against the Los Angeles Clippers on Saturday and the Golden State Warriors on Sunday.

The Clippers were the last unbeaten team before Detroit rallied from 13 points down in the third quarter to win 95-87.

In Indianapolis, the Pacers also used a balanced scoring attack to crush the Sacramento Kings 101-83 as Lithuanian forward Domantas Sabonis delivered his third double-double of the season with 12 points and a career-high 16 rebounds.

Bojan Bogdanovic, of Croatia, scored a team-high 17 points while American Thaddeus Young chipped in 15 for Indiana who improved to 4-3 on the season.

Victor Oladipo, who led the Pacers in scoring each of the first six games, finished with 14 points on four-of-10 shooting. Cory Joseph added 13 points off the Indiana bench.

Elsewhere, the Phoenix Suns blew an 18-point lead in the third quarter but made enough timely plays down the stretch to beat the Brooklyn Nets 122-114.

Devin Booker scored 32 points for Phoenix, his second 30-point game of the season and the 22nd of his career.