Home International Westwood claims the early lead with a sizzling 65 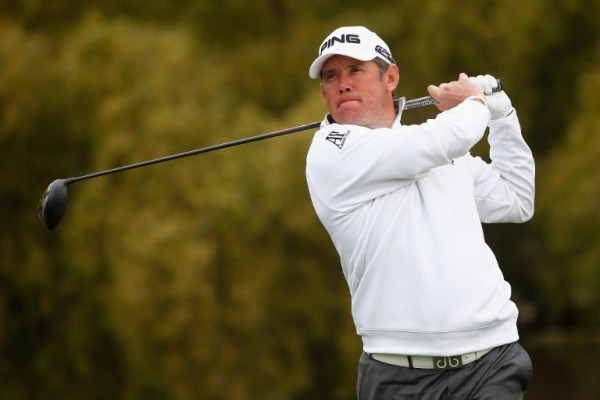 It’s still early and many golfers are still in action but former world No. 1, Lee Westwood, may have done enough to finish as the leader after the first round of the Maybank Malaysian Open. Westwood, a former Malaysian Open winner, fired a sizzling seven-under 65 to send out an early warning to the others.
As at 3.00pm, Westwood, among the hot favourites to land the title here, is in the lead but but he has Nicolas Colsaerts from Belgium trailing him by a strike. Michael Hoey from Ireland is third with his best round of five-under 67. Seven golfers including Eduardo Molinari (Ita), Prayad Marksaeng (Tha) and Soren Hansen (Den), are all tied on three-under 69.
After his round, Westwood explained that he managed to make up with his poor start with a blistering finish.
Here are some of his comments.

Q: Three birdies to finish and a decent day’s work?
A: “Yes, I played well. I didn’t make the best of starts bogeying the par five tenth, the first hole of the day, fortunately that didn’t set the tone for the day. I hit it really well and hit it close a lot. I had to be patient because I was hitting good putts and they weren’t going in. I holed one from about eight feet on my 16th, 25 feet on the second-last hole and a nice 15-footer with a bit of curl on the last. So it was a good round of golf in tricky conditions. It’s obviously very hot and you have to keep hydrated. The course is soft so it’s playing its longest, and the greens are firm – it’s testament to how good the construction of the greens are when you consider the rain we’ve had over the past couple of days. They are still releasing out, which was hard to get your head around.

Q: We talked yesterday about your Masters performance last week, and this just continues that.
A: I played well in Houston the week before the Masters and used that momentum going into the Masters. I played well last week in finishing seventh, and I was happy to carry that on today. Obviously this is a slightly harder golf course than Augusta, but if you’re shooting low-ish scores at Augusta, you should expect to come here and shoot low scores, which I did today. I’m pleased to get off to a good start – it’s nice to have a good one and build some momentum for the week.

Q: Does playing in these conditions affect what you do now before tomorrow’s round?
A: Well I won’t be standing on the range for three hours, that’s for sure. Having hit the ball well, there’s not really anything to do but go back to the hotel, hydrate and relax.