Home 2020 Which manufacturer had the most success at the Autodromo Internacional do Algarve? 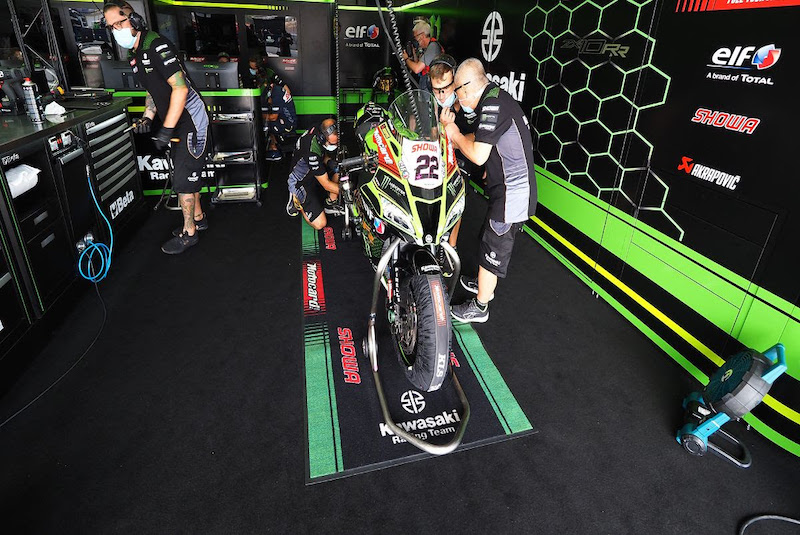 Kawasaki is the most decorated manufacturer at the Autodromo Internacional do Algarve. The Japanese manufacturer has claimed ten wins and five pole positions. Kawasaki’s last win was in 2019 when Jonathan Rea won Race 1 and Tissot Superpole Race. It was also Rea who claimed their last pole position in 2019. Since 2012, the Japanese manufacturer also holds the top speed record with Tom Sykes reaching 311.2 km/h. Kawasaki has been on the podium 15 times and will once again aim to stand on the highest step of the podium in 2020.

With five race wins and two pole positions, Ducati is the second most successful manufacturer at the Portuguese circuit. Their last win was in 2019 with Alvaro Bautista winning Race 2. Italian rider, Davide Giugliano claimed Ducati’s last pole position in 2015. Ducati started from the front row 8 times, their last one in 2018. With podium places at Portimao, the last thee ones in 2019 courtesy of Chaz Davies and Bautista, Ducati aim to refresh their stats this weekend.

Yamaha has two race wins and two pole positions at the Portuguese Circuit. Their last victory was in 2011 when Marco Melandri won Race 2. Cal Crutchlow claimed the manufacturer’s last pole back in 2010. In 2019, its best result was third with Michael van der Mark in Race 1 and Alex Lowes in Tissot Superpole Race. The Japanese manufacturer head back to Portimao after a great 2019 campaign and will aim to have its two bikes on the podium again in 2020.

Jonathan Rea claimed Honda’s unique victory at Portimao in Race 2 2014. It was also him who got Honda’s last pole position in 2011. The Japanese manufacturer has been on Portimao’s podium 10 times. In 2019, Honda’s best result was 15th with the Japanese rider Takumi Takahashi. With a new line up in 2020 on the new CBR1000RR-R Fireblade SP, Honda will aim for a strong weekend.

BMW has one victory in Portimao with Marco Melandri in 2013 in Race 1. In 2019, the German manufacturer’s best result was Tom Sykes seventh position in Tissot Superpole Race. They started from the front row in Race 1 with Tom Sykes qualifying the BMW S1000 RR in second position.