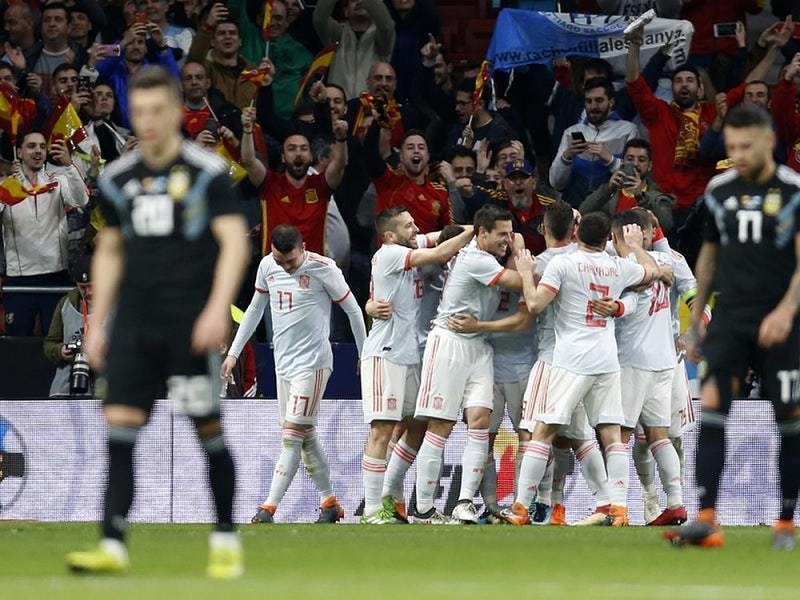 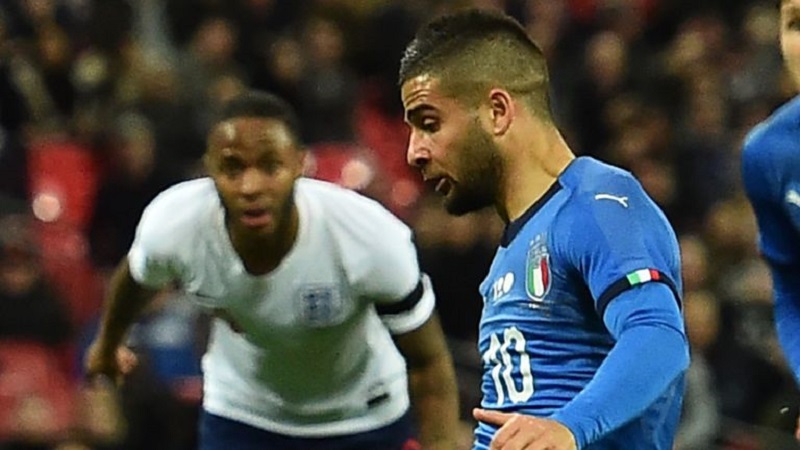 Isco scored a hat-trick as Spain hammered an Argentina side without Lionel Messi 6-1 in a friendly on Tuesday, while Brazil defeated Germany 1-0 in their first meeting since the 2014 World Cup.

Gareth Southgate’s England were denied victory over Italy at Wembley after the visitors were awarded a disputed late penalty in a 1-1 draw following consulation with the video assistant referee.

Spain underlined their status as chief contenders at this year’s World Cup in Russia as they extended their unbeaten run under Julen Lopetegui to 18 matches in sensational fashion in Madrid.

The absence of Messi, left out of the squad by Jorge Sampaoli despite the coach insisting on Monday that his star striker was fit, was telling as Spain dominated the South Americans in the second half.

Isco bagged his second on 52 minutes and Thiago Alcantara swiftly added another for the hosts before substitute Iago Aspas struck after latching onto a long downfield pass from David de Gea.

The mauling was complete when Isco sealed his treble on 74 minutes, capping a starring performance while leaving Sampaoli with questions to answer with the World Cup less than three months away.

“We’re very happy to beat the finalists from the last World Cup, a team with a fantastic history,” Lopetegui said.

“But that doesn’t change anything for this World Cup, we will have to start with zero points (in the group stage).”

Manchester City striker Gabriel Jesus powered in a first-half header in Berlin as Brazil gained a measure of revenge for the 7-1 demolition by Joachim Loew’s side in the 2014 World Cup semi-finals.

The result ended Germany’s unbeaten run of 22 matches dating back to their semi-final defeat by hosts France at Euro 2016.

“It was a matter of pride, after all that has been written and said,” said Brazil defender Thiago Silva.

In the absence of injured striker Harry Kane, Jamie Vardy fired England ahead against Italy on 26 minutes after Jesse Lingard’s quick thinking set up the Leicester man to blast beyond Gianluigi Donnarumma.

But England were unable to pad their advantage and conceded for the first time in six matches as Lorenzo Insigne converted an 87th-minute spot-kick, controversially given via the help of VAR after James Tarkowski trod on the foot of Federico Chiesa.

“I’m glad it’s not the World Cup just yet,” said Southgate. “I think the ruling is ‘clear and obvious’ and it’s not. It’s one you can debate all day.”

“We expect a lot from him (Pogba), I ask a lot from him,” said France coach Didier Deschamps of the midfielder who has found himself out of favour under Jose Mourinho at Manchester United in recent weeks.

“He was also playing a ‘comeback’ match, because it’s been a while since he played a full game, it’ll do him a lot of good.”

Romelu Lukaku grabbed two goals as a strong Belgium side romped to a comfortable 4-0 victory over Saudi Arabia in Brussels, with Michy Batshuayi and Kevin De Bruyne also on target.

Arsenal midfielder Granit Xhaka and Schalke forward Breel Embolo were among the scorers for Switzerland in a 6-0 thumping of World Cup debutants Panama in Lucerne.

Piotr Zielinski snatched a stoppage-time winner for Poland in a 3-2 victory over South Korea in Chorzow, where goals from Robert Lewandowski and Kamil Grosicki had put the home side in control before quick-fire strikes from Lee Chang-min and Hwang Hee-Cha.

Japan lost 2-1 to Ukraine in Liege as Oleksandr Karavaev grabbed the decisive goal after Tomoaki Makino had cancelled out an own goal by team-mate Naomichi Ueda. – Agence France-Presse