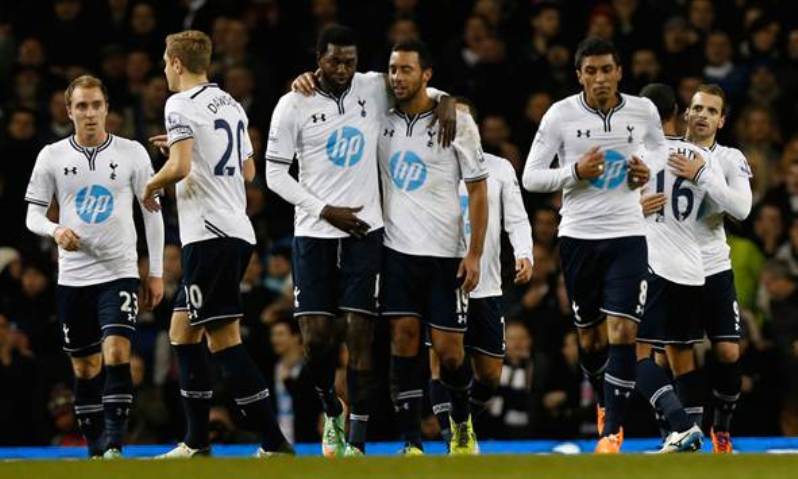 Tottenham Hotspur manager Mauricio Pochettino thinks the world will be watching the Premier League on Boxing Day, as he prepares to take his side to relegation-threatened Leicester City.

The Argentinian got his first taste of England’s hectic festive schedule with Southampton last season, and with winter breaks now in operation in most European countries, he says the English top flight will take centre-stage.

“I like Christmas football. It’s a good challenge for us and the players,” he said.

“It’s a time to share with your family, with the supporters. I like it. Maybe I am different to other managers, but I like this period.

“We don’t have it in Argentina. Argentina is like Spain — (you) stop playing in this period.

“This is a good opportunity to show a good performance, not only in Argentina but the rest of the world, because everyone is focusing on England now.”

There is a good mood currently at seventh-placed Spurs following just one defeat in their last six league matches and Jan Vertonghen wants his team-mates to prolong the momentum at the King Power Stadium.

“We feel very confident, so if everyone continues like this then we can win at Leicester,” said the Belgian centre-back, whose side won 2-1 at home to Burnley last weekend.

“Burnley played well on Saturday, but we defended well and didn’t give them too many chances.

“They scored an amazing goal in the first half, but for the rest of the game we didn’t give them too much in terms of clear opportunities. We need to continue winning at Leicester. We have to keep the run going.”

Leicester manager Nigel Pearson will watch the match from the stands after being given a touchline ban and £10,000 ($15,600, 12,700 euros) fine following a heated exchange with a Foxes fan earlier this month.

Pearson says he has received “overwhelming” support since the incident, which happened towards the end of Leicester’s 3-1 defeat by Liverpool in early December.

The touchline ban will change little for the 51-year-old, who tends to watch Leicester’s matches from the stands anyway, and he has revealed that he decided not to appeal against the punishment.

“I decided to go along to the personal hearing, which intrigued me to see how it went, so we’ll get on with it now,” he explained.

Pearson added that, despite the Football Association punishment, he has receiving backing from several quarters.

“I’ve been overwhelmed by the level of support from within the game,” said the former Southampton manager, who is alleged to have sworn at a Leicester fan.

“From managers, players, ex-colleagues and members of the media, it has been overwhelming. I would like to thank everyone who has given me that moral support.”

Pearson believes the suspension will not affect him too much.

“I was going upstairs again anyway, so it fits in quite well,” he said. “It is what it is. I can’t do anything about it now.”

New Zealand striker Chris Wood is a doubt for Leicester due to an infection, while centre-back Matt Upson and goalkeeper Kasper Schmeichel remain sidelined with foot injuries.

Midfielder Ryan Mason could feature for Spurs despite being forced off against Burnley with a twisted ankle, while striker Emmanuel Adebayor is also in contention. – Agence France-Presse