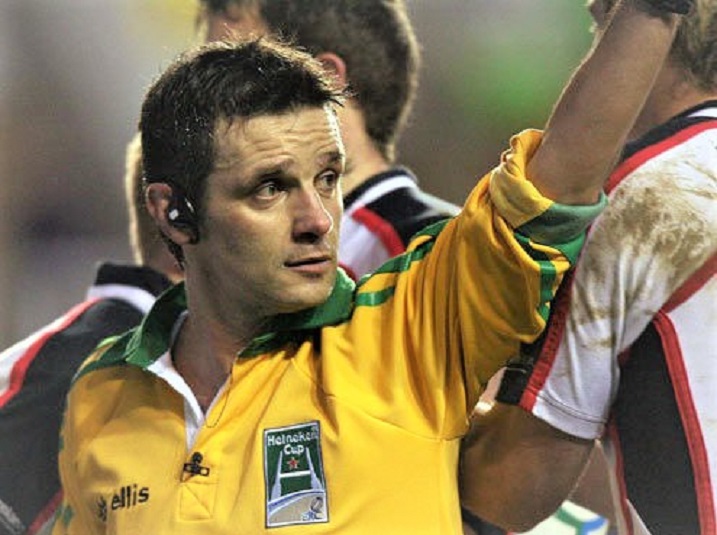 Joël Jutge will return to World Rugby as Head of Match Officials after a highly-competitive recruitment process. He will start his role in January, reporting to Director of Rugby and High Performance Joe Schmidt.

Hugely experienced, the former international referee re-joins the organisation from EPCR, whom he will continue to support through a busy schedule of Heineken Champions Cup and European Rugby Challenge Cup fixtures in January.

Having performed a similar role with World Rugby from 2012-15, Jutge has remained at the heart of international match officials matters in his capacity as a selector, representing EPCR on the World Rugby Match Officials Selection Committee, chaired by Graham Mourie.

Jutge will be responsible for overseeing the performance management and development of international match officials – men and women – working to help them to deliver high quality refereeing performances and to prepare for Rugby World Cups in 2021 in New Zealand and 2023 in France.

World Rugby Chief Executive Brett Gosper said: “We are delighted to be welcoming Joël back to the team. The complementary combination of Joel and Joe Schmidt as a team will provide a fresh and progressive approach to the game as well as creating a high performance culture that will aspire to the highest-possible standards of match officiating.

“They will work closely with the new High Performance 15s Committee as World Rugby continues to shape a game that includes the highest standards of player welfare and is attractive to players and fans.”

Schmidt added: “Joël is a perfect fit for this important role and joins with a wealth of experience. Over his many years involved with elite refereeing, he has developed positive relationships with coaches and unions. He has a proven record of developing and managing referees and I look forward to working with him to continue to support and challenge match officials.”

Jutge said that he was looking forward to returning to World Rugby and working with colleagues from unions, competitions and World Rugby.

He said: “I am excited to be re-joining World Rugby, which is very much like coming home for me. I am hugely looking forward to working with a talented team of match officials to aspire to achieve the highest-possible performance standards at Rugby World Cup 2021 and 2023 and working with unions to identify and develop the next generation of test match officials.

“I would like to thank EPCR for five wonderful years, working with great people and talented referees. In many ways, I will continue to work closely with my colleagues there to ensure a united and consistent approach to officiating between the international and club environment.” – WORLD RUGBY