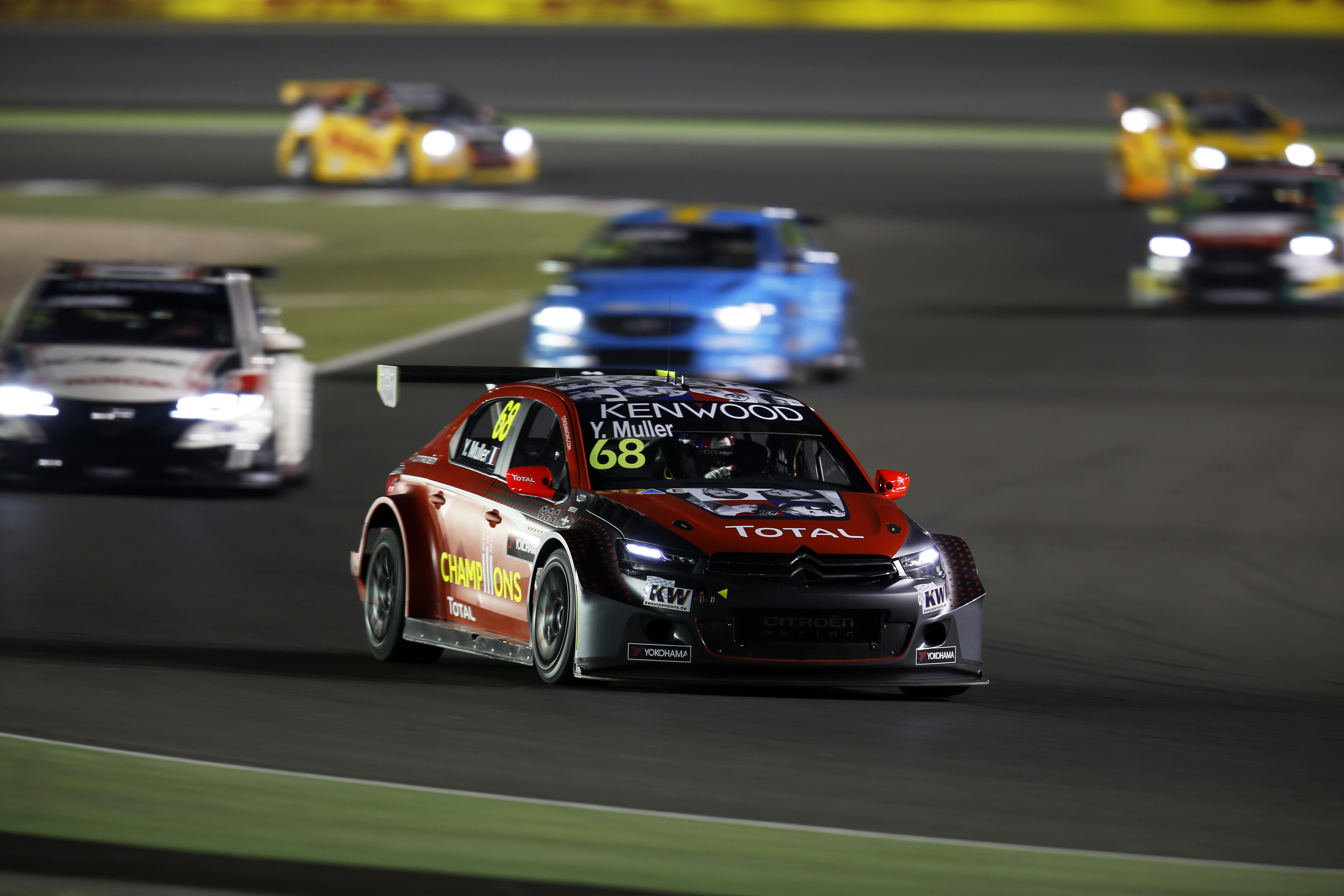 Promoted by Eurosport Events, regulated by the FIA

Three races per weekend over 10 events in four continents

The FIA World Touring Car Championship will be replaced from 2018 with new technical regulations, a new format and a new name following a vote of approval by the FIA World Motor Sport Council in Paris yesterday (6 December).

As part of the agreement, the TCR International Series will be discontinued while the FIA European Touring Car Cup will no longer run.

A maximum of 26 entries will be accepted with priority given to existing TCR International and WTCC teams. Two further wildcard entries will be permitted at each event at the discretion of EEL and the FIA. Entries can be lodged with the FIA from 15 December until 30 January 2018.

The new name, WTCR, has been introduced to reflect the switch from TC1 to the TCR technical regulations. Meanwhile, the change of status from world championship to world cup signals the start of an exciting new era for international touring car racing when it is hoped that more affordable technical regulations will trigger a flurry of competitor interest, while building on the existing fan and media following enjoyed by the WTCC.

Quotes
?François Ribeiro (Head of Eurosport Events): “The combination of the TCR technical regulations, the expertise and neutrality of the FIA and its stringent sporting rules and procedures, plus the promotional strength of Eurosport Events gained since 2005 will deliver a highly competitive grid, exciting racing and a fan-friendly format that can only drive success.”

Marcello Lotti (Chief Executive, WSC): “We are very proud of this agreement that fully respects the very spirit of TCR. The association with such an experienced promoter as Eurosport Events together with the FIA label on the WTCR represent the ultimate recognition for the TCR concept that we launched three years ago and hasn’t stopped growing since.”

Sporting
Regulated by the FIA and backed up by an experienced race management team, WTCR events will be run to the highest organisational standards possible.

Technical
The TCR technical regulations will be licensed by WSC to EEL/FIA as the FIA WTCR regulations and frozen until the end of 2019. Only TCR cars homologated by WSC and assigned with the FIA WTCR passport issued by the FIA will be eligible. The FIA and TCR technical departments will determine the balance of performance (BOP) at each event, while success ballast will be allocated per driver. The FIA will be responsible for technical management in consultation with TCR representatives.

Promotion
WTCR promoter Eurosport Events will provide a level of promotional resource similar to that enjoyed by the WTCC to ensure that WTCR benefits from live coverage on Eurosport and more than 50 networks around the world, the expertise of Eurosport Events’ promotional and marketing personnel and a comprehensive social media campaign.

Calendar
The calendar will consist of 30 races over 10 events in four continents and will be announced shortly.

TCR regulations explained
The TCR technical regulations cater for front-wheel-drive, four/five-door saloons or hatchbacks using turbocharged production engines with a capacity of between 1750-2000cc and with a maximum power output of 350bhp. No fewer than 19 TCR-based championships or series exist around the world while several manufacturers have, or are in the process, of homologating TCR cars including Alfa Romeo, Audi, Ford, Honda, Hyundai, KIA, LADA, Opel, Peugeot, Renault, SEAT, Subaru and Volkswagen. To date, more than 600 TCR racing cars have been built and sold to customer teams.