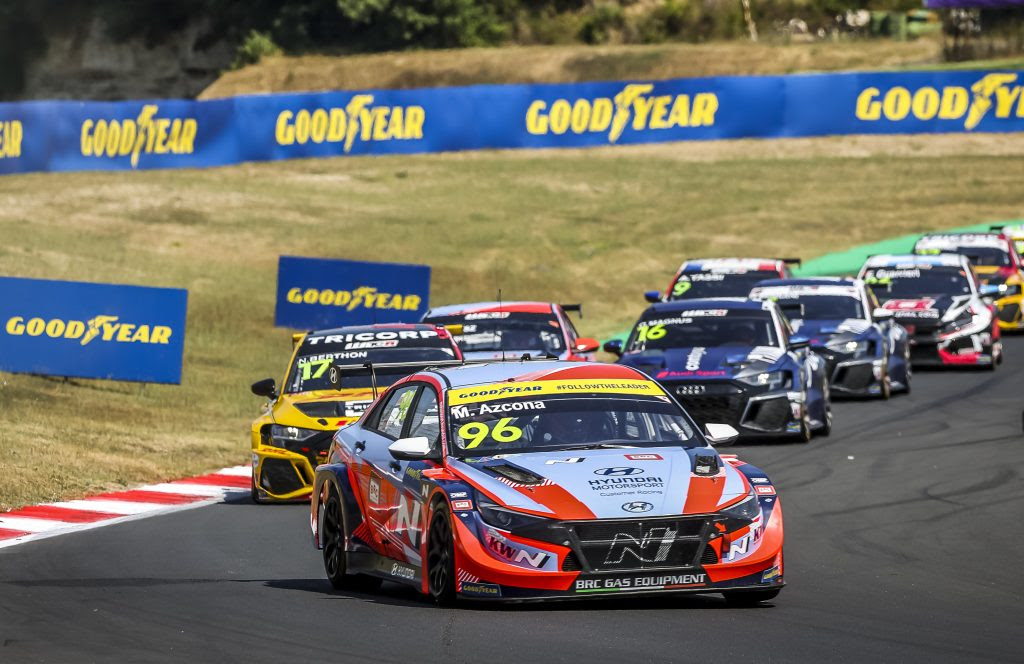 The all-action WTCR − FIA World Touring Car Cup is back on track and ready to make more motorsport history from November 10-12 with the inaugural WTCR Race of Bahrain marking the start of the series’ two-event Middle Eastern adventure.

With the European season having reached its climax at WTCR Race of Alsace GrandEst in August, where Nathanaël Berthon became the sixth winner so far in 2022, there are now just four WTCR races remaining. But before Saudi Arabia’s Jeddah Corniche Circuit hosts the 108th and final race after five memorable seasons on November 28, the spotlight will be on Bahrain International Circuit.

Built ahead of the country’s first Formula One Grand Prix in 2004, the 5.412-kilometre layout is untried by the majority of the WTCR drivers. Comtoyou DHL Team Audi Sport driver Berthon is in the minority, however, and the 33-year-old reckons there won’t be a dull moment when the WTCR guests at the BAPCO 8 Hours of Bahrain event, the deciding round of the 2022 FIA World Endurance Championship. “It’s going to be exciting because you have very long straights, big braking so a lot of passes and lots of action,” said Berthon, who scored a GP2 podium in Bahrain in 2015.

WTCR Race of Bahrain, the first WTCR event held in the Middle East, takes place at an exciting stage of the season as the race to become King of WTCR for 2022 intensifies. BRC Hyundai N Squadra Corse’s Mikel Azcona is the Goodyear #FollowTheLeader by 35 points ahead of Honda-powered ALL-INKL.COM Münnich Motorsport driver Néstor Girolami. But with 130 points still up for grabs between the events in Bahrain and Saudi Arabia, the title chase is wide open, while the WTCR − FIA World Touring Car Cup for Teams is also far from settled.

“It’s very intense,” said Azcona, a 26-year-old from Spain. “You cannot sleep because if you sleep for one weekend you get out from lead, so you need to concentrate, not make any mistakes and finish in the top positions. That’s not easy because we saw the fights [at WTCR Race of Alsace GrandEst]. But I’m happy to keep first position, it’s incredible to lead but there is no time to relax.”

Azcona, a three-time winner in 2022, has never been crowned King of WTCR but can count on the support of two people who have, his team-mate Norbert Michelisz, title winner in 2019, and his Team Manager Gabriele Tarquini, who retired from full-time driving at the end of last season having landed the first WTCR crown in 2018.

“He’s a tough competitor but he’s also a fair racer, which I always appreciate,” Hungarian hero Michelisz said of Azcona. “His combination of age, experience, talent and style, his assertive style is very impressive. He’s very good at understanding when to risk a lot and when to take one step back. When it’s damp, when it’s raining, when you have a slippery surface, he’s probably one of the best drivers.”

Mathematiically, Michelisz, who is eighth in the provisional standnigs, can still prevent Azcona from being crowned King of WTCR. However, Girolami, third-placed Rob Huff (Zengő Motorsport) and Audi-powered Comtoyou drivers Gilles Magnus and Berthon, currently fourth and fifth respectively, stand a greater chance. Click HERE to view the provisional standings after 14 rounds.

TWO FIA WORLD-LEVEL SERIES UNDER ONE UMBRELLA IN BAHRAIN
In another first, the addition of the WTCR − FIA World Touring Car Cup on the timetable for the BAPCO 8 Hours of Bahrain, the deciding round of the FIA World Endurance Championship season, means there will be two FIA world-level competitions for fans to savour. Indeed, the inaugural WTCR Race of Bahrain is being organised in partnership with WEC promoter Le Mans Endurance Management. Race 1 is set to take place from 19h05 local time on Friday November 11 followed by Race 2 from 10h00 on Saturday November 12. The BAPCO 8 Hours of Bahrain is due to begin at 14h00.

Alan Gow, FIA Touring Car Commission President, said: “It’s great to finally have a joint event with the FIA World Endurance Championship. Despite obvious differences in cars and race durations, touring cars and sportscars belong to the same family of closed-cockpit racing. There have always been crossovers between the two and drivers tend to switch from one discipline to another. This will also be something special for the fans, the media and should offer both promoters the opportunity to do some interesting promotional activities.”