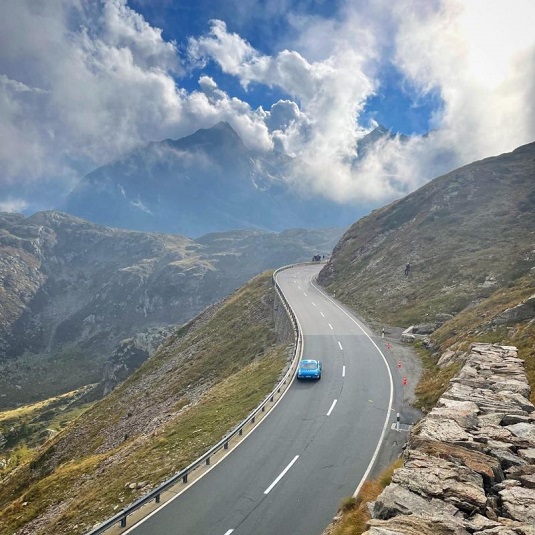 Thed Björk and the Volvo P1800 Cyan were among the star attractions at the Bernina Gran Turismo event in Switzerland last week.

A Facebook post from Cyan Racing prior to the event read: “Our cars are part of a glorious line-up of race, rally and sportscars from all eras, starting from the pre-war period up to the exotic hypercars of today.

“The event base is at the luxurious Kempinski Grand Hotel des Bains and we will, from there, take on the winding roads of the Bernina Pass high up in the Swiss Alps – featuring breathtaking hairpins, winding roads and elevation changes of half a kilometre.”

The Volvo S60 TC1 Björk drove to the 2017 FIA World Touring Car Championship was on static display at the event. He said: “It’s amazing to stand here with all these crazy old historical cars.”