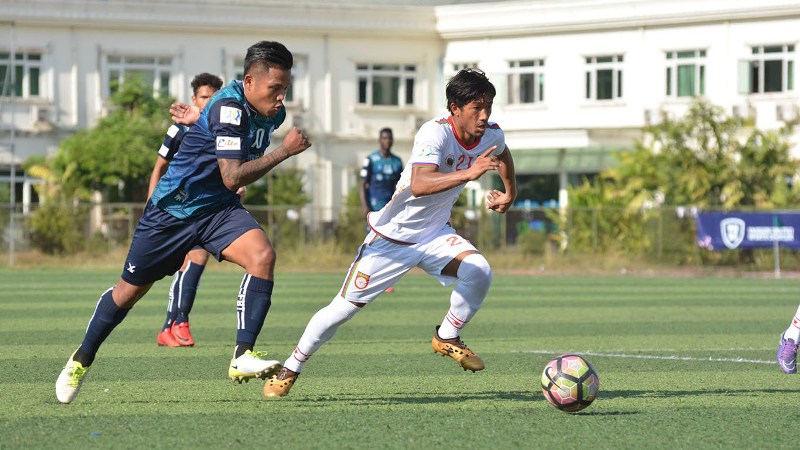 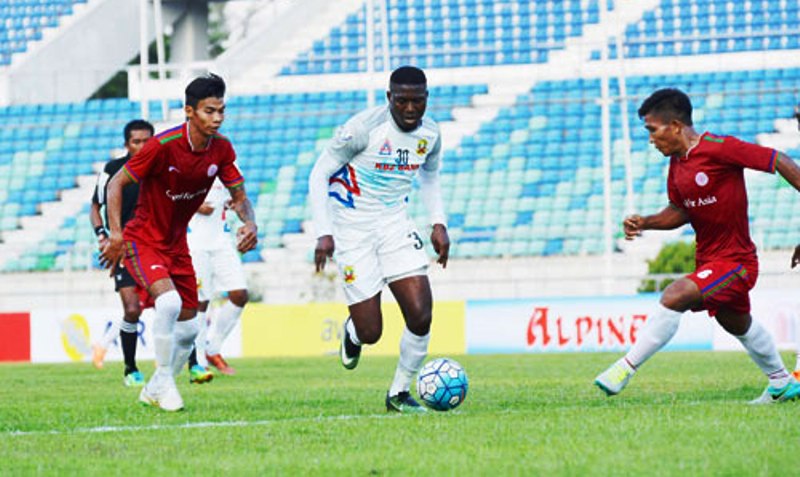 Yangon United thumped GFA 6-0 this week at home to open up a two-point lead over nearest challenger and defending champions Shan United at the top of the Myanmar National League (MNL) 2018.

With former champions Yadanarbon FC slipping third where this week they were held to a disappointing draw by struggling Myawady, the city side Yangon went on to chalk up their fourth win in five matches played.

A brace each from Aee Soe (28th and 83rd minute) and Emmanuel (53rd and 61st) were enough to put Yangon in comfortable mode as Yamazaki (60th) and Kyi Lin (73rd) added the remainder.

With the win, Yangon have picked up 13 points – two ahead of second-placed Shan United, who this week edged Ayeyawady United 1-0 with the only goal of the game coming off Christopher in the 29th minute.

Elswehere, Southern Myanmar beat Rakhine United 1-0 as Hantharwady scored back to back win with a 1-0 victory over Zwekapin United.

Magwe were held 1-1 by Sagaing.