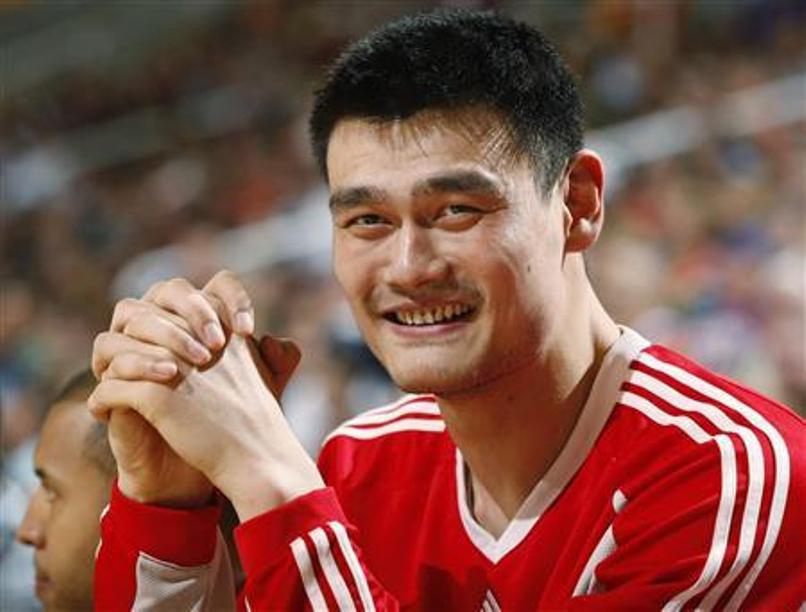 The complete lineup chosen by the selection committee to be inducted at the sport shrine in Springfield, Massachusetts, was announced in April with Yao, who retired in 2011, becoming the tallest Hall of Famer at 7-foot-6 (2.29m).

“I can’t thank the committee enough,” Yao said Thursday. “This is first time I feel so small as I look around at the pictures in the Hall of Fame.”

Yao, who turns 36 on Sunday, was helped in donning his Hall of Fame jacket by O’Neal, his former NBA rival for the Los Angeles Lakers and at 7-foot-1 about the only one who could lend one final assist to the NBA’s biggest Asian star.

Yao played for the Shanghai Sharks from 1997-2002 before joining the NBA’s Houston Rockets, who now boast the tallest and smallest Hall of Famers in Yao and 5-foot-9 Calvin Murphy.

Yao averaged 19.2 points and nine rebounds in eight NBA seasons. He was an eight-time NBA All-Star center before a series of foot injuries forced him to retire. His work off the court as a global ambassador for the sport has also contributed to his standing.

He was a 15-time NBA All-Star but won his only Most Valuable Player award in 2000. O’Neal, twice an NBA scoring champion, was voted the NBA Finals MVP in all three title runs with the Lakers.

“It means I put in a lot of hard work and it means a lot to be mentioned with the elites,” O’Neal said. “It means people were able to appreciate how I played.”

O’Neal also had four rap music albums and a movie and television career.

– Guy ‘that gave everything’ –

Iverson, 41, was a nine-time NBA All-Star and four-time scoring champion during his 14-year career. His only trip to the NBA Finals came in 2001, when he was named the league MVP but the Philadelphia 76ers lost the final to O’Neal and the Lakers.

“I want my legacy to be the guy that came out and gave everything he had,” Iverson said.

Izzo has guided Michigan State to the US college semi-finals seven times and won one title in 21 seasons.

Swoopes was a six-time WNBA All-Star and three-time league MVP who averaged 15 points over 12 seasons.

McLendon was the first African-American coach in a pro basketball league. – Agence France-Presse