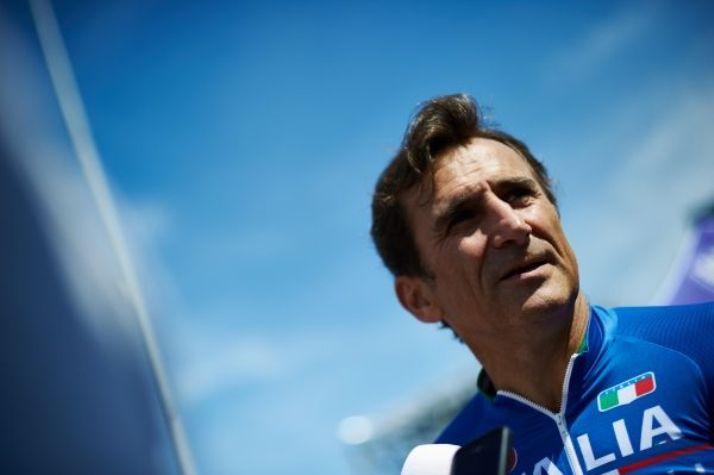 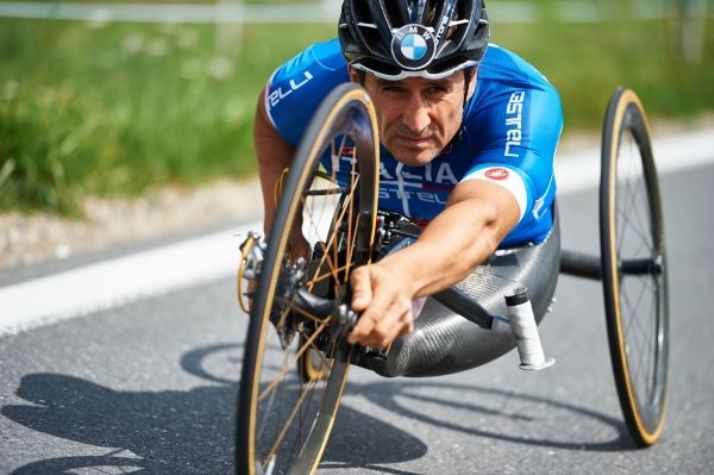 Preparations for Rio de Janeiro (BR) are in full swing for Alessandro Zanardi (IT). From 7th to 18th September, the BMW Brand Ambassador will contest the Paralympic Games* for the second time. Back in 2012, he won two gold medals in the para-cycling time trial and road race at the London games, a success he aims to repeat this year in Rio de Janeiro. In an interview, Zanardi speaks about his preparations, his approach to his second Paralympic Games and his expectations for Rio de Janeiro.

Alessandro, how are you progressing in your preparations for Rio?

Alessandro Zanardi: “I am happy with where I am at the moment. The plan is to be in a decent shape at this time of the year – and then to be in the best shape in September. And I am certainly encouraged by the results so far and the numbers. In May we had a world cup event in Belgium, where I achieved two wins in the road race and with my team-mates in the team relay and finished second in the time trial. This event was quite important, as it was the only occasion where I could measure myself alongside the rest of the field.”

Are there special areas you focus on in your preparations?

Zanardi: “A little bit of everything. It is not easy, because for sure I know I can build the same type of physical condition that I had in the past, but in comparison to my previous participation in the Paralympic Games I am less flexible. It is harder to recover when I overdo it. So I have to pay more attention to small details and not overdo it in my training routine. But on the other hand, I am more experienced than I used to be back then and so, even when I have a bad day, when I don’t feel one hundred per cent, I know that will go and, after a little rest, I will find the same type of condition I had before. I also know that when you work really hard you have to wait a little bit before you can take advantage of the benefit of the work that you have done, because our body is quite slow in reacting. So all that summed up, I know that I have a very, very good base and a good starting point to develop my physical condition. On the other hand, I know that I cannot beat the rest of the field by pure strength and resistance. So I have to certainly pay lot of attention to nutrition, and to all the technical aspects in developing my handcycle to hopefully be a decent weapon for me for a good result.”

Is there a different approach, as they are your second Paralympic Games and you have four more years of experience?

Zanardi: “At the end of the day, the most important thing is to have fun. If you try too hard and everything you do is just related to the idea of bringing home the best possible result, it is going to be very, very hard to perform well. Sure, my horizon right now is Rio de Janeiro, but I am not in a hurry to get there, because I have fun doing what I am doing every day, training, taking care of my equipment, taking care of my own body when I sit around a table for dinner, trying to take good care of all possible aspects. And with regards to the strategic aspect on race day, I would say that I am a better athlete than I used to be. Now I have done a lot of para-cycling racing, I am not a newcomer anymore, I know my opponents and so I know exactly who to respect the most and how to try to beat them. I know that I have done it many times and I hope that I can do it once more.”

How much time do you spend per week training and preparing?

Zanardi: “At this time of the year it is six days of working routine per week, and between two and three hours of workout every time I train. I will then have to take a break, which does not mean that I will stop cycling, but it will be more a relaxed exercise to maintain the memory of the movement in my muscles. But I will have to try to lose a little bit of condition in order to then build a better one for September. End of July, beginning of August will then be the hot time of the year for me. Not just because it is summertime, but because I have to work really hard.”

Who is in your team around you helping you to prepare?

Zanardi: “I have Francesco, my trainer, who is always following everything I do. We talk on the phone daily and he knows exactly what I am doing, because every time I train I download my training sessions onto the computer and he can see exactly how well or badly I have executed the work he gave me for that day. And then I have the Italian para-cycling team, of which I am part, with whom I will spend a lot of time prior to the Paralympics and who I will be in training camps with. And then you know, luckily, I can collect along the way technical help and the technical support from several friends and partners, from helping me to further improve my handcycle and also support me – a man approaching his 50ies and trying to compete to the best of his ability – in the physical aspect. And I also get some ideas in conversations with BMW engineers, who are dear friends of mine. All these things summed up together can really make a small but crucial difference, because at the end of the day sometimes you can win or lose by a second.”

What do you know about the characteristic of the courses?

Zanardi: “From what I saw on the maps and heard from people who had been in Brazil, I know that the course we will compete on in both the road race and the time trial is completely flat, because it goes along the sea coast in the South of Rio de Janeiro. So aerodynamics will be a very important aspect and I have done a lot of work from this point of view, trying different positions and so on. The characteristic of the course will influence the way the races will go. Not too much for the time trial, but especially for the road race. This will be a cruise around, a very tactical race and then probably just a big sprint over the last 300 metres.”

You have two Paralympic Gold medals. Is it your clear target to repeat that success or do you prefer to wait and see what happens in Rio?

Zanardi: “I truly believe that technically speaking it is possible to win gold both in the time trial and in the road race. But I also know that every day it is harder, not only to improve, but to keep the performance I was able to deliver yesterday. Because I am nearly 50 years old and I can see that, compared to last year, in some ways it is a little harder to recover. But having said that, I know that, technically speaking, if I do everything correctly, I can at least perform at the same level as I did last year. And last year performing at that level I won gold both in the time trial and the road race at the World Championships. So yes, I think it is possible. Of course, it is also possible that a young athlete pushes through his hands an amazing performance in the time trial, which makes him unbeatable. But I have to believe that if I can repeat something I have already done in the past and that this may be enough to again win gold in both the time trial and the road race.”

Place of birth: Bologna (IT)

Material: all structural parts are manufactured from carbon fibre

Weight: approx. 9 kg, depending on the type of wheels (lighter spoke wheels or heavier disc wheels for improved aerodynamics)

Wheels: three Campagnolo wheels – one front and two rear. All three wheels have a diameter of 26 inches.

Maximum revs of the cranks: up to 100 rpm in sprints

Zanardi developed his handcycle himself. He designed the key elements of the bike and tested and modified, for example, the shape and the position of the seat, the position of the cranks, as well as the position of the wheels. Based on this, he worked together with partner Dallara on optimising the weight and the aerodynamics. The carbon fibre parts are manufactured by Dallara.

BMW is not a sponsor or partner of the 2016 Paralympic Games at Rio de Janeiro.