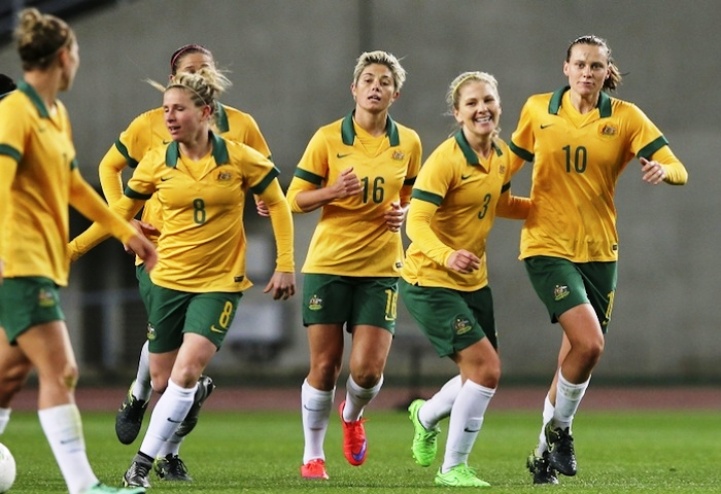 Australia will head to the women’s football tournament at the 2016 Olympic Games as Asia’s highest-ranked side after the latest FIFA Women’s Ranking showed little movement in the global list for the continent’s teams.

The Matildas sit in fifth place behind an unchanged quartet of women’s football superpowers that sees the USA still ranked number one in the world ahead of second-placed Germany, who Alen Stajcic’s side will face in the Group Stage at Rio 2016, France and England.

Australia soared to their highest ever position on the FIFA Women’s Ranking following their success in the final round of Asian qualifiers for the 2016 Olympics back in March and maintained their fifth place courtesy of a 2-0 victory and 1-1 draw in a friendly double-header with neighbours New Zealand earlier this month.

Reigning continental champions Japan, who defeated Australia in the final of the 2014 AFC Women’s Asian Cup, continue to be Asia’s number two-ranked side, with the Nadeshiko sitting in seventh in the global list and separated from the Matildas by sixth-placed Sweden, while DPR Korea are third in Asia and ninth in the World ahead of Canada, who are also in Australia’s group at the Rio Olympics.

China, the AFC’s other representatives at August’s 12-team women’s football tournament, are two places below Canada in 12th, with the continent’s fourth-ranked side maintaining their best position ever in the global list having followed up their successful Olympic qualification drive with a win and a draw from two friendlies with Costa Rica in April and then back-to-back wins over Thailand who, despite losing 6-0 and 3-0 in the June friendlies, managed to move up two places to 30th in the world and sixth in Asia behind 19th-ranked Korea Republic.

The next FIFA/Coca-Cola Women’s World Ranking will be published on August 26.