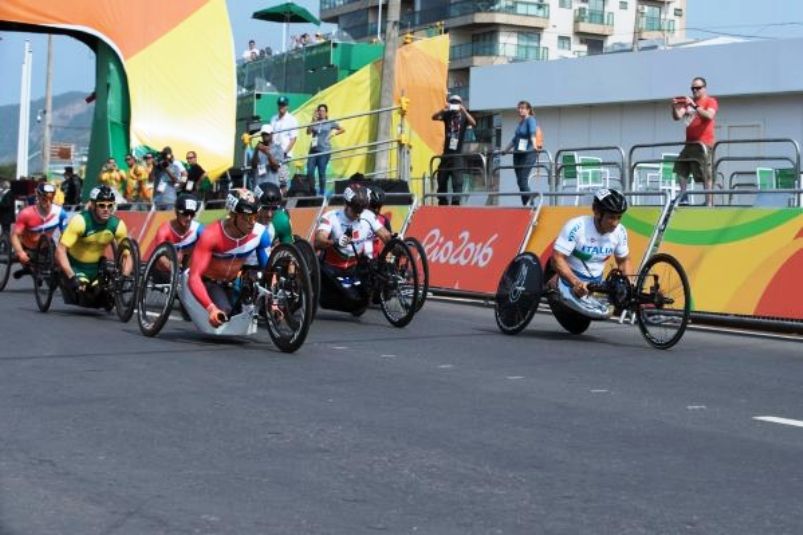 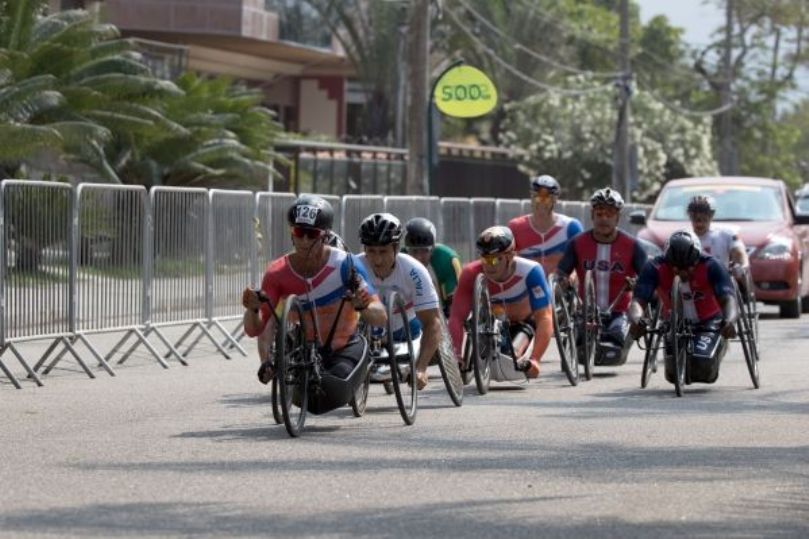 Second race at the Rio de Janeiro Paralympic Games* (BR) and the second medal for Alessandro Zanardi (IT): after winning gold in Wednesday’s time trial, the 49-year old secured silver in a thrilling road race in the handbike H5 category on Thursday.

It was a special day, as on this date 15 years ago – 15th September 2001 – Zanardi lost both of his legs in a race accident at Germany’s Lausitzring. He often calls this day his “second birthday” as he survived this serious accident. Now, 15 years later, he has won a total of five Paralympic* medals (three gold and two silver) and eight world championship titles in para-cycling.

As Zanardi had predicted, the 60-kilometre road race in Pontal near Rio turned out to be a thriller, decided in a 200-metre sprint towards the finish. The leading group stayed close together over the whole distance until the athletes entered the finish straight after a tight hairpin.

Zanardi exited the final corner in second position, and in the following sprint he battled an exciting duel with his rival and close friend Ernst van Dyk (ZA). In the end, he crossed the line just a few hundredths of a second shy of the South African, winning the silver medal.

Zanardi’s first gesture after the race was to congratulate van Dyk by laying his arm on his friend’s shoulders just a few metres after the finish line. Bronze went to Jetze Plat (NL), who crossed the line directly behind van Dyk and Zanardi. All three were classified with a race time of 1 hour, 37 minutes and 49 seconds.

“First of all I want to congratulate Ernst van Dyk for winning a great gold medal. He showed all his qualities as a sprinter, and today he was probably stronger than me. Nevertheless, to have won the silver medal is fantastic for me,” Zanardi said.

“It was a difficult race. Let me explain: Sometimes you cannot control your emotions and yesterday, when I realised that I had won gold, I was very proud but psychologically I simply collapsed. All the pressure I had put myself under, but that I tried to ignore all the time, fell off my shoulders. So this morning I was not in the racing mood that normally pushes you, that makes you forget that you have less sleep and that helps that you don’t feel the pain in the muscles. So the day did not start in the way I was hoping. I felt empty in the beginning and it was a tiring race for me. But, despite this, I still managed to do a very good job – and I am very proud of it. To bring home my silver medal under these circumstances is a great and fantastic achievement. So I am happy.”

The third and final competition for Zanardi at Rio will be the team relay with the Italian national team tomorrow, Friday, 16th September. His mission: to bring home another gold medal.

“I feel that I am back in that racing mood,” Zanardi emphasised. “And now it is not only the motivation to do it for myself. Tomorrow, I am racing for my team and for my country. And I promise you: I will give it my best possible shot, and so I think we have a great chance to finish the race tomorrow with a big smile.”

The team relay will be held in the afternoon local time.