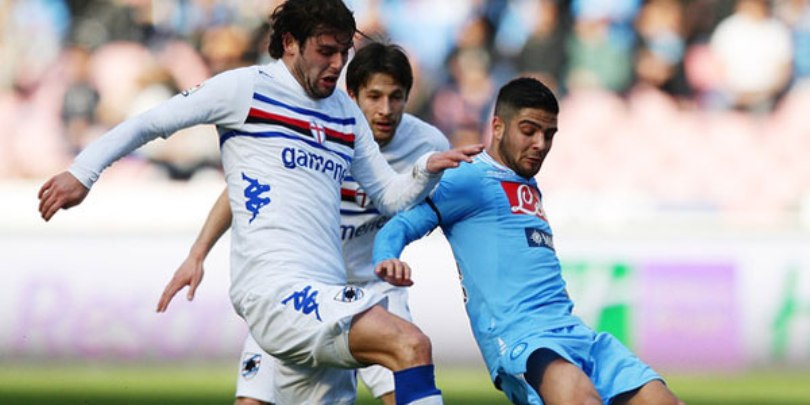 A goal by Colombian striker Duvan Zapata in time added on rescued a 1-1 draw for 10-man Napoli against Sampdoria on Monday and was enough to see them return to third in Serie A.

Zapata’s goal — after Eder had given the hosts the lead in the 57th minute — extended his side’s unbeaten run to 10 games in the league.

However, while they moved above Sampdoria’s city rivals Genoa, on goal difference, they are nine points adrift of leaders Juventus and six off second-placed AS Roma.

Rafael Benitez’s side looked to have lost all hope of getting something from the match when French defender Kalidou Koulibaly was sent off for a second bookable offence in the 85th minute.

However, Zapata thought otherwise and he escaped the attention of Djamel Mesbah in the second minute of time added on to score with a diving header.

Benitez, who guided Napoli to the Italian Cup trophy last season, took comfort from the resilience his players had shown.

“We continued to attack despite being down to 10 men against 11 and we succeeded in equalising,” said the 54-year-old Spaniard.

Despite the late goal Sampdoria, coached by Serbian Sinisa Mihajlovic who played for them for four years in the 1990’s, have still lost just once this season, through a last minute penalty against Inter Milan.

“But football unfortunately is like that. One moment of lost concentration against a really good side is sufficient to cost you  dearly.

“However, we can take great pride in that we were superior to Napoli.”  – Agence France-Presse