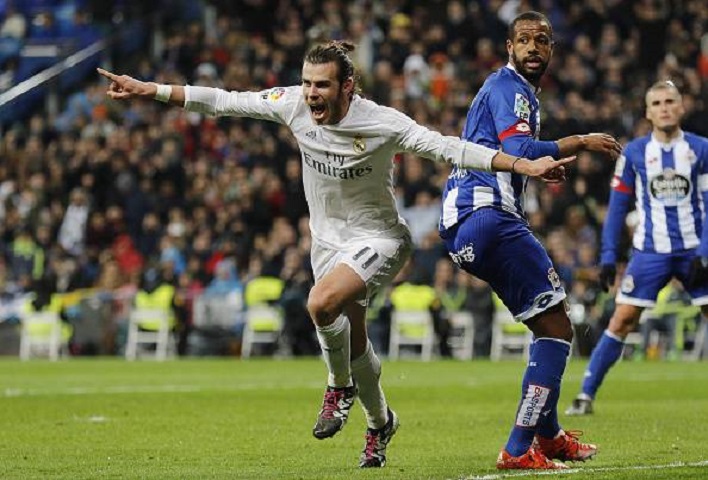 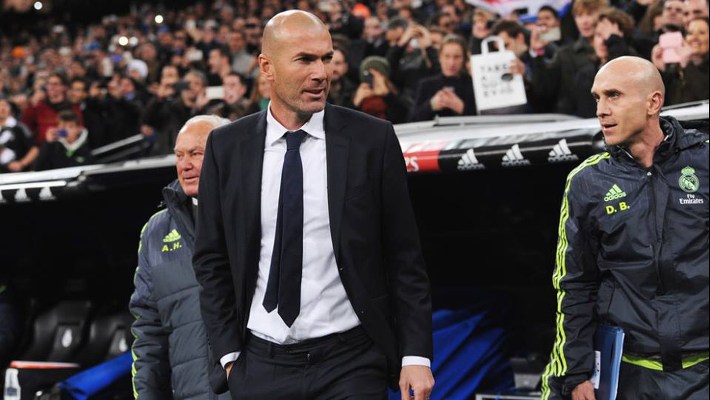 Zinedine Zidane has urged Gareth Bale to maintain his sensational form after the Welshman got the Frenchman’s reign as Real Madrid boss off to a flying start with a hat-trick in a 5-0 demolition of Deportivo la Coruna on Saturday.

Madrid moved to within two points of La Liga leaders Barcelona on Zidane’s bow in senior management at the Santiago Bernabeu as Bale registered his second hat-trick in four games in between Karim Benzema’s double.

Bale now has 10 goals to his name in his last seven outings for Madrid and his display dismissed suggestions that he had been disappointed by Rafael Benitez’s unceremonious sacking after just seven months in the job earlier in the week.

However, Zidane focused on the former Spurs man’s defensive duties as well as his finishing in arguably Bale’s best run of form since joining Madrid three years ago.

“Gareth has to do the same as everyone else. When we don’t have the ball he has to defend, then when we have to he can open the game up and play on the wing,” said Zidane.

“That is what he did today. I am happy with his contribution. It isn’t easy to score three goals and we hope he continues like that.”

Zidane’s appointment as the club’s 11th coach in 12 years under club president Florentino Perez was criticised in some quarters due to his lack of managerial experience.

Despite a legendary playing career, Zidane’s only previous coaching role was with Madrid’s feeder team Castilla in the Spanish third tier for the past 18 months.

However, his promotion to the top job at the Bernabeu has been a popular one with the club’s fans with Zidane fondly remembered from his five years as a player at the club, most notably scoring a sensational winning goal in the 2002 Champions League final.

And in stark contrast to Benitez’s final days in charge, there was an air of optimism around a packed Bernabeu as the fans braved the freezing January temperatures.

“Today is the start of a new challenge for me. It is an important role to be the coach here and I want to enjoy it,” added Zidane.

“I thank the fans, but they come to see the players and I think today they have been rewarded with the effort the team showed and the victory.

“The fans were behind the team right until the end, there was a good atmosphere but we need to continue.

“We need to think that this is just the first game and see what happens in the next one. Our idea is to play good football and win as many matches as possible.” – Agence France-Presse