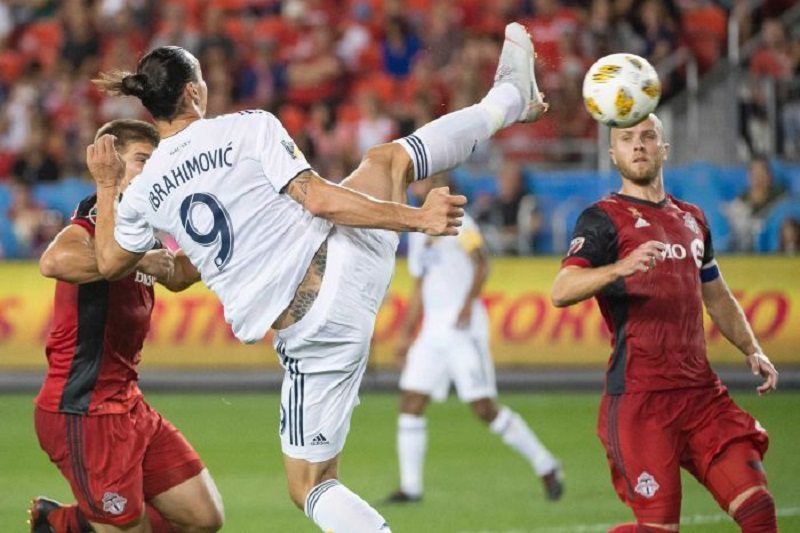 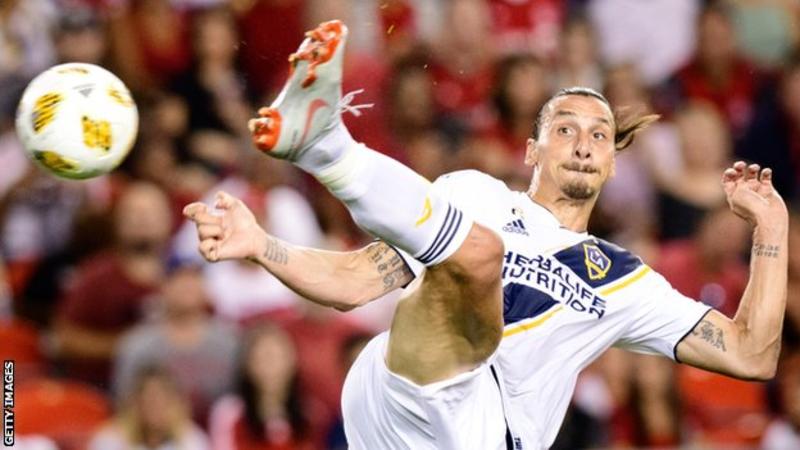 Jay Chapman added an insurance goal in stoppage time with a low shot to the corner of the goal.

A tie might have sounded the death knell to Toronto’s slim playoff hopes. But Osorio, as he has done all season, stepped up when needed and headed home a Marky Delgado cross for his 10th of the season.

But coupled with Montreal’s 4-1 win over Philadelphia, Toronto (8-14-6) remains nine points out of the playoff picture with six games remaining.

Zlatan Ibrahimovic scored career goal No. 500 to trigger a Galaxy rally that silenced the BMO Field crowd of 30,799.

The 36-year-old Ibrahimovic has a flair for the dramatic and he did not disappoint in notching his 43rd-minute milestone goal.

With the Galaxy trailing 3-0, Jonathan dos Santos chipped the ball into the box. The six-foot-five Ibrahimovic twirled to get an angle at the ball between two defenders, flicking his right leg up high to deflect it past goalkeeper Alex Bono for his 17th of the season.

The stylish Swede joins Barcelona’s Lionel Messi and Juventus’ Cristiano Ronaldo as the only active players with 500 goals for club and country.

Given the two teams had conceded 106 goals between them this season prior to Saturday, there was no shortage of offence on show. It was a wide-open affair that could have produced 10-plus goals.

Victor Vazquez, Jozy Altidore and Sebastian Giovinco also scored for Toronto, which led 2-0 after 22 minutes and 3-0 after 36.

Ola Kamara and Rolf Feltscher also scored for Los Angeles (10-11-8), which beat Bono twice in five minutes early in the second half to tie it at 3-3.

Toronto went ahead quickly with Vazquez heading in a fine Gregory van der Wiel cross in the fifth minute. Altidore doubled the advantage in the 16th minute with a low shot after a nice passing buildup.

Giovinco made it 3-0 in the 36th minute, beating Bingham after Toronto outran a sluggish Galaxy defence on the counter-attack. SNTV