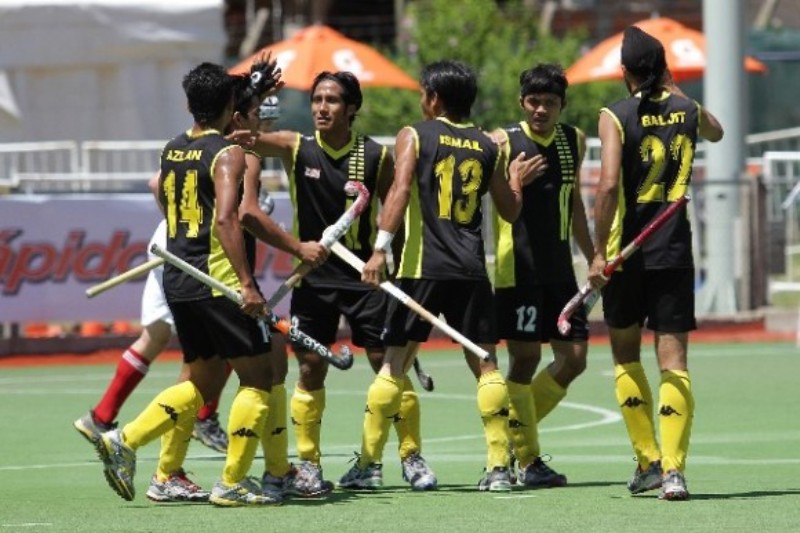 MALAYSIA, the inaugural champions and runners-up last year, got off to a losing start with a 2-1 defeat to Australia on the opening day of the 4th Sultan of Johor Cup at the Taman Daya Hockey Stadium in Johor Bahru on Sunday.

It was a creditable performance from the young Malaysians who are being groomed for the 2016 Junior World Cup.

Malaysia lost out in physique but gave a splendid performance in a match that was watched by Malaysian Hockey Confederation president Tengku Abdullah Sultan Ahmad Shah, the Crown Prince of Pahang.

However, Malaysian goalkeeper Azmi Mohammad denied the Australians with two reflex saves in the opening minutes.

Out of the blue Malaysia struck in the 4th minute when Sufi Ismat Rohulamin broke through with a solo run on the right and was brought down inside the D. Umpire Dave Dowdall pointed to the spot and skipper Haziq Samsul made it count for a 1-0 lead.

But Australia hit back and drew level on nine minutes with a field goal by Will Gilmour. Australia struck the winner in the 18th minute with another field goal which came from Joshua Bretherton.

It was Malaysia’s poor finishing that denied Malaysia at least a draw. Senior international Shahril Saabah had a poor game overall while S. Deveandran lack of experience got the better of him.

Meanwhile, Great Britain, who have already qualified for the 2016 Junior World Cup Finals by third in the recently concluded Junior European Championships, made mince meat of Pakistan with a stunning 5-0 win in their opening match in the 4th Sultan of Johor Cup in a match which was delayed for an hour due to a thunderstorm.

Hero for Britain was Luke Taylor who blasted a hattrick from penalty corner set pieces in the 12th, 19th and 25th minutes which also earned him the Man of the Match award. The other scorers were Benjamin Boon (41st) and David Goodfield (45th).

Despite the roaring start to their campaign Great Britain coach Jon Bleby was quick to point out that “there are several areas that need to be improved” and hoped to see much better overall performance when his team plays India in the second matchon Monday.

“The scoreline is impressive but we need to tighten our game. It is a good start to the tournament and the big win is morale booster for the team,” said Bleby.

Great Britain earned their World Cup ticket when they beat Belgium, a rising hockey power in the world, 4-3 in a penalty shootout in the playoff for third place after both teams were tied 1-1. Team manager Stephen Floyd described the win over the Belgians a “thriller” because Grea Britain’s equaliser came in the last minute of play.

In the semi-finals Great Britain lost 1-0 to Holland who lost to Germany in the final for the European title.

India grabbed an early lead, going 1-0 up on five minutes through Parvinder Singh and Varum Kumar adding the second after 14 minutes of play. The Kiwis pulled one back in the 53rd minute with Nic Woods getting his name into the scoresheet.

India’s Parvinder Singh was named the Man of the Match.