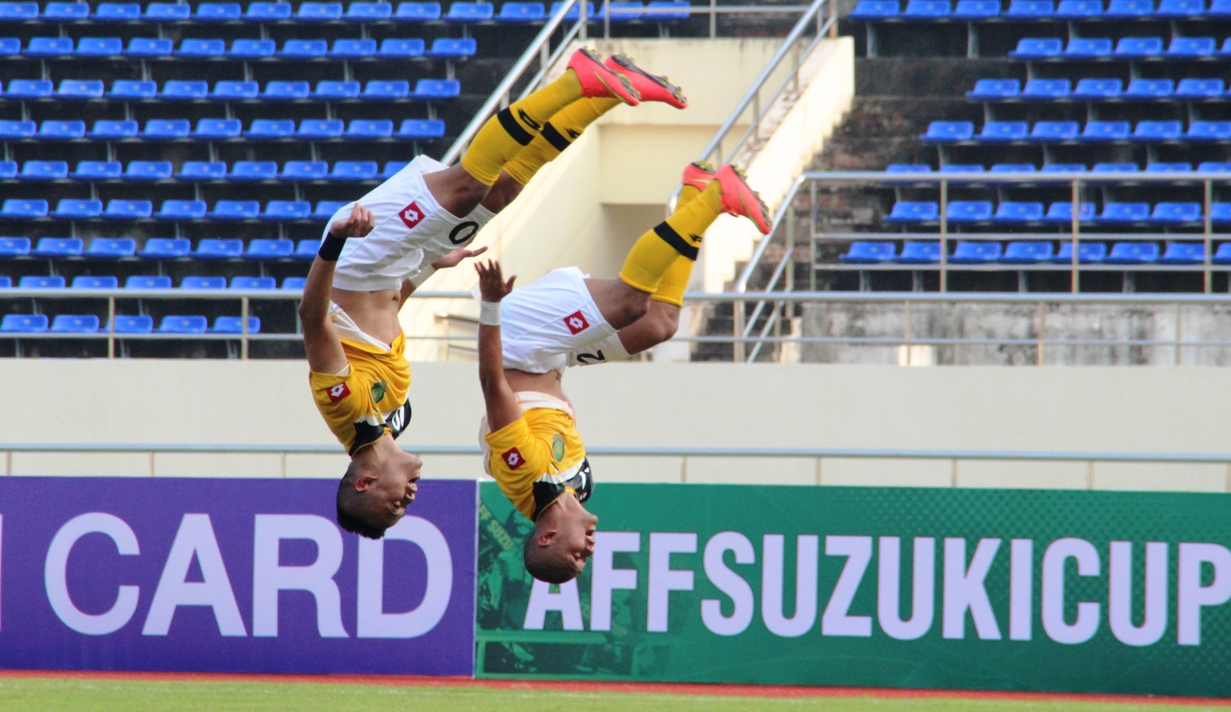 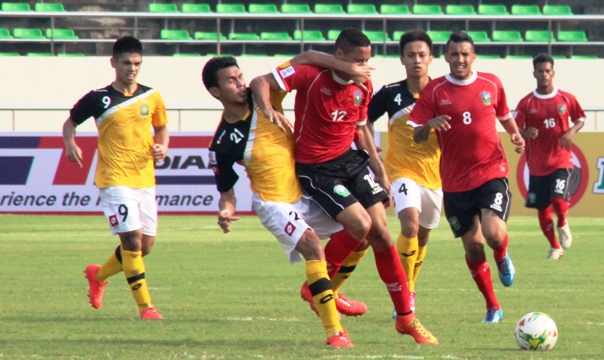 Timor Leste, thanks to a superb hattrick from Murilo Ribeiro De Almeida, recovered from a goal down to claim a crucial opening victory against Brunei DS in the AFF Suzuki Cup Qualifying Round competition which began here today. Trailing 2-1 at the break, Timor Leste charged back to walk away 4-2 winners at the National Sports Complex Stadium.

Timor Leste will be bidding to finish among the top two teams here which will automatically qualify for the AFF Suzuki Cup final round in Singapore and Vietnam next month. The three other teams battling for glory here are hosts Laos, Myanmar and Cambodia. “It was important to win the first game,” said Timor coach Antonio Vieira. “We were good at the start of the first half but we were a little down in the second.

“But I had the confidence in my players that we will get through this one.”

This afternoon, the very first goal of the AFF Suzuki Cup qualifying tournament 2014 came after only six minutes. And it was Timor Leste who claimed the honour of scoring the tournament’s first goal through Murilo Ribeiro De Almeida who slipped past his markers to force his team ahead.

Despite falling behind early on in the game, Brunei pushed forward whenever they could and were rewarded with the equalizer in the 37th minute. Off a corner kick, Adi Said timed his jump just right to head the ball home.

The break was just four minutes away when Timor Leste conceded a second. Adi was in the thick of action once again but this time we raced down to the touchline and relayed a low cross back to Awangku Mohammad Fakharrazi who easily swept it in to give his team a slim 2-1 lead at halftime.

Timor Leste refused to give up and pressured their opponents. Murilo broke away in the 71stminute and made no mistake to plant in the equalizer. In yet another quick counter-attack, this time in the 81st minute, Murilo hammered in his third goal after latching on to a through pass and placing the ball beyond the reach of Md Wardun Yusof. Patrick Fabiano then settled the score a minute from time.

“We  did well in the first half but we made some defensive mistakes after the break and that cost us,” said Brunei coach Stephen Kean. “Obviously we have to improve on this if we want to be competitive for the remainder of the campaign.”