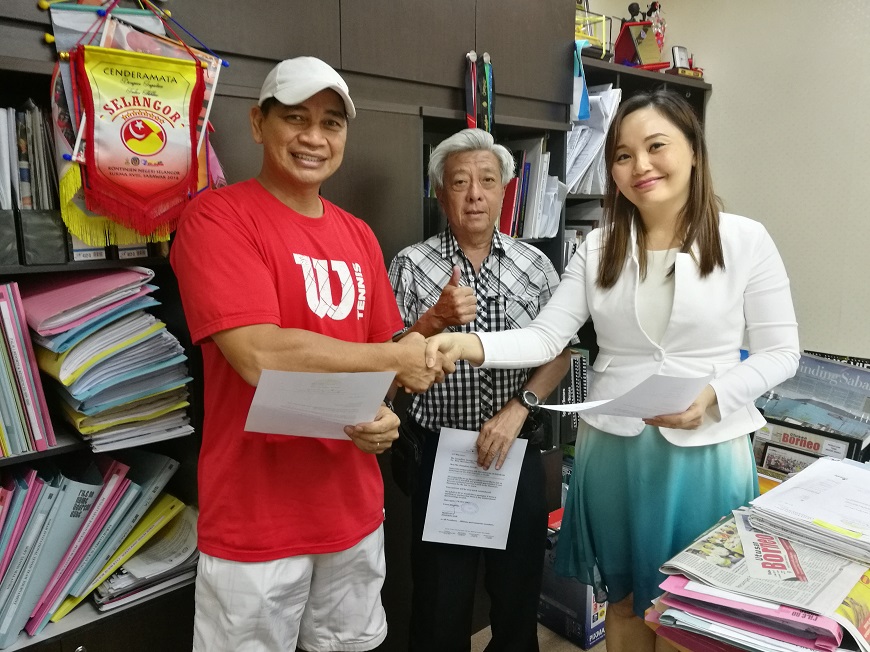 That is the gift Sabah Tennis Association (STA) have been waiting, for the last five years. It’s worth  the wait.

On top of that STA also applied for the resurfacing of the tennis courts, but this is the disappointing part.

Until now year end there is no solution, even after meeting the Chief Minister twice. STA and the whole tennis fraternity will still wait hopefully not five years.

STA meanwhile intensified her efforts in scouting talent from among schools. 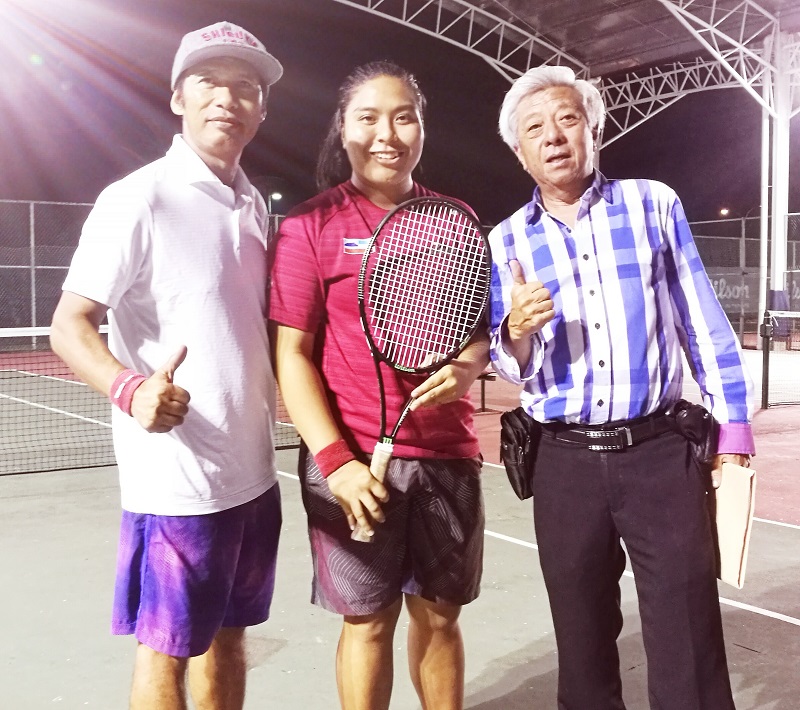 In March Christian Chin, Sabah’s most improved player after tagged as ATF number one in 2014, continued his prolific run by winning his first ITF singles and doubles titles. This is the start of his good run in ITF.

Among the improved juniors who can continue to chase after what Christian did are Nurshaneem Shamsuddin, Hiew Kee Jun, Harish Manoharan, Darius Wong and Ryan Chee.

But there are others who are improving and yet to be counted by winning tournaments.

The overall Challenge trophy is the Sabah Chief Minister Trophy.

The STA Annual Grand Meeting had to be held twice due to technical matters as Semporna did not get registered in time for the AGM. Only Kota Belud managed to get in.

After twice convening the AGM Johnson Koh is still the President into his 11th year.

The new Vice President is Christopher Lim from Sandakan with Tito Latoja appointed  as the new Honorary Secretary replacing Josephine George who held the post for 10 years and retiring for family reasons.

Ignatius Peter Govind a great player from Labuan bade farewell to us forever in 27 May. 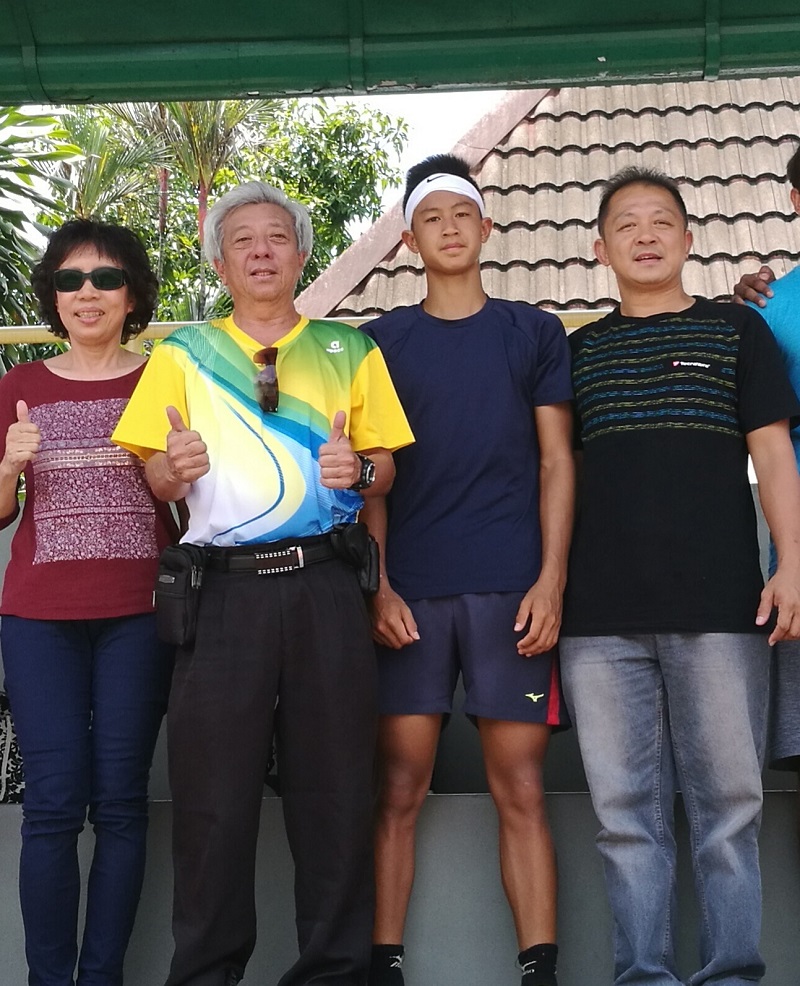 Christian meanwhile continued to excel in outside and home tournaments. He partnered Azsseri Merzuki to win the national doubles tournament and got included in the Davies Cup representing Malaysia.

August saw a kiosk being set up by STA to service tennis players during tournaments for snacks and tennis restringing services. The kiosk is being managed by Rowena Reyes the wife of Shamsuddin and mother of Nurshaneem Shamsuddin.

In September as usual the date for Malaysia Day is reserved for the 1 Malaysia Datin Seri Rosmah Mansor  Team Tennis Invitational Championship. This is the 10th series in the running.

Tennis Malaysia national junior leg 7 was held in Kota kinabalu. Junior players from all over peninsula, Sarawak  and Sabah participated.

October saw Christian Didier Chin being enrolled into the Johan Kriek Tennis Academy in the USA. This was through the effort of the father and Tennis Malaysia sending him to overseas tournaments.

Christian was spotted by JRTA coaches who witnessed Christian’s potential as a future champion.

Chrisitan has now qualified for the Australian Open junior tournaments followed by the Wimbledon and US Opens. The big door is open for Christian Chin from now on.

December also saw good news coming to Sabah’s lady Nurshaneem Imann Shamsuddin when Nick Bolletieri personally offered to take Nurshaneem into his tennis academy after seeing her playing during the coaching sessions when the legend came to have sessions in KL at the National tennis center KL.

Nick also offered her to study in the USA after she gets her good SAT results.

Both Christian and Nurshaneem are lucky to have been spotted by academy coaches as to get into academies by oneself is almost impossible.

Keni ngau is the most improved district so far. The other districts that fared well are Lahad Datu and Tawau.

STA President Johnson Koh thank all those who have assisted STA in every way. Special individual Datuk Sam Mannan for continuing his brother  Ajit Mannan’s legacy.

Special thanks to the Sports ministry, Tourism ministry,  DBKK, MSN and related authorities.

Great and special thanks to the Chief Minister for  all the efforts to make tennis great all the time in Sabah.