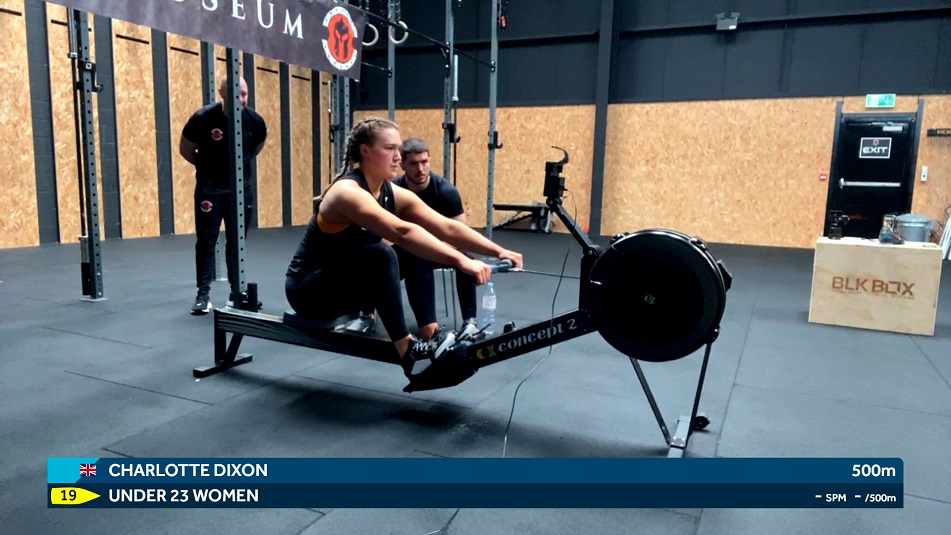 The first race of the final day saw Benjamin Smith from Australia smashing his own World Record by more than 2 seconds in the lightweight men’s 500m. It was clear right from the start that the Aussie was going for his World Record and he didn’t disappoint with a blistering 1:17.4.

Behind Smith the field was incredibly tight with William Legge of Australia and Martino Goretti of Italy tied for second, just 0.1 ahead of Gregor Hall and 0.2 of Mohamed Alaa Elsayed of Egypt.

Ward Lemmelijn of Belgium is the reigning indoor under-23 Champion after winning in Paris last year. Now in the open men’s 2000m category, Lemmelijn’s jump to this blue ribband event proved to be nothing short of stunning. Although Vincent Matz, 4-time French champion in the 500m race, got off to a better start with a 1:27 pace, the Belgian rower patiently waited for his time.

At the 1000m mark, Lemmelijn took over and never looked back with a steady rhythm of 35 strokes per minute. Lemmelijn knew this race was won and he really made a push to go sub 5:40 – only to finish with a sensational 5:42.2, the fastest time over the course of the Championships on the 2000m distance. Poland’s Bartosz Zablocki came in second thanks to an impressive last 500m, 3 seconds ahead of Moldova’s Chirill Visit Chi-Sestakov.

Right from the start of the open women’s 2000m, Sophie Souwer had the edge. The Dutch sculler, bronze medallist in the women’s quadruple sculls at the 2019 World Rowing Championships, got off to a better start with a 1:40 pace, holding a comfortable lead over Kirsten Kline of the United States. Kline was crowned World Champion earlier this week in the masters women’s 30-39-year-old category.

Souwer sat on 1:41 and remained ahead of the competition with Kline way in front of Marilou Duvernay-Tardif of Canada who was in third. Going through the 250m to go Kline pushed to a 1:39 split, put on an epic sprint and overtook Sophie Souwer right before the finish line, with a time of 6:45.8, 3.2 seconds ahead of Souwer and 8.9 seconds of Duvernay-Tardif.  A formidable finishing sprint for the American.