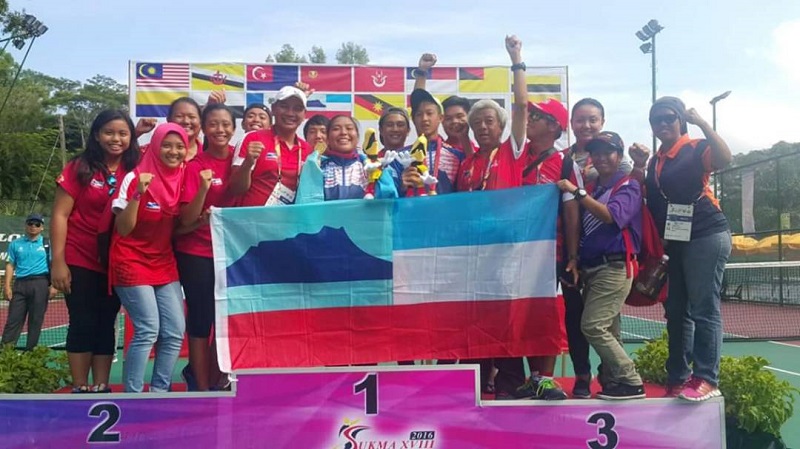 Nurshaneem when interviewed by Malay Mail was very surprised but ‘was over the moon when offered personally by the legend himself  during the coaching clinics at National Tennis Center in KL.

She mentioned that his dad is the one that  not only encouraged her to play tennis at 4 years old but coached her daily until she acquired the best tennis strokes for a complete player.

Nurshaneem had dreamt of going to the USA for tennis and further studies. However it is not that easy to get finance and entry if there is no recommendation from renowned academies or connections in the tennis fraternity. Grants from the authorities are scarce and limited.

His dad Shamsuddin Mustamin who is also a good tennis player and a coach for the state took the chance to participate in the sessions with Nick.

Nick personally was very impressed with her that he mentioned he should have spotted her at 11 years old. However it’s not too late yet.

Sabah now have already Christian Chin training in the Johan Kriek Tennis Academy in USA. This also happened as Christian was spotted by  one of the JKTA  coaches when Christian  goes overseas representing Malaysia playing in tournaments under ATF and ITF.

In both these cases the parents are the ones who do the most for the kid. The father is one who day in day out plays with them, coaches them and finance them almost entirely.

The entire tennis fraternity in Sabah is very happy and grateful for those who have spotted the tennis prodigies and to take them into their academies without financial burden. – BY RIZAL ABDULLAH