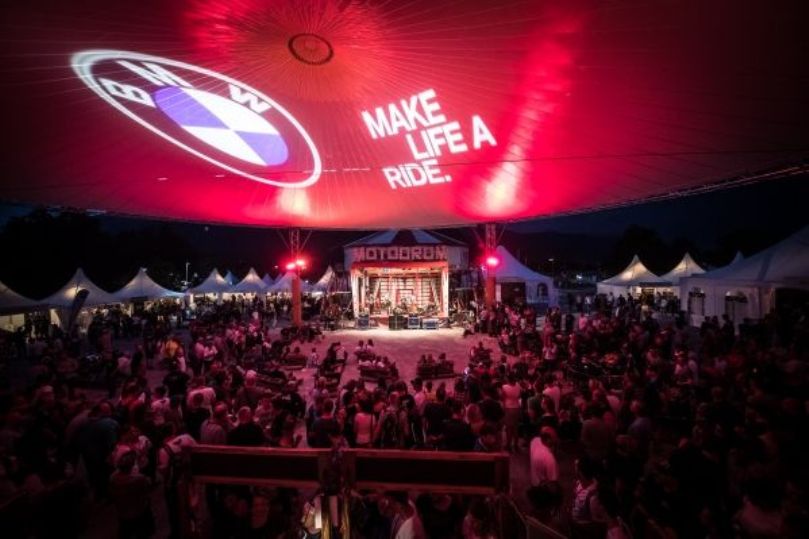 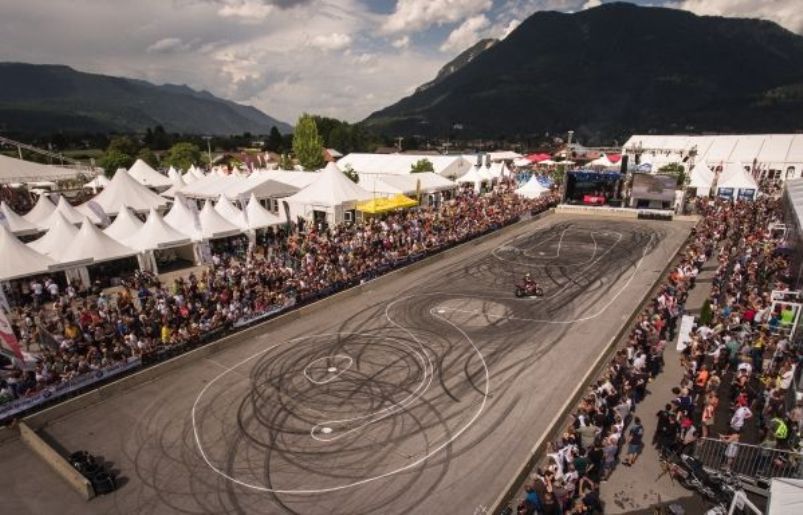 More than 40,000 BMW Motorrad fans from all over the world at the foot of the Hausberg mountain in gorgeous weather.

Superb summer weather – excepting the odd thunder shower – made travelling to the event a pleasant affair for the visitors allowing them to enjoy three eventful BMW Motorrad days. And as always some riders took tremendous distances upon themselves to get there. Guests came from over 20 countries and 6 continents which gave the BMW Motorrad Days a tangibly international feel this year, too. Be it in the beergarden, in the festival tent or at one of the well-attended live music parties – everybody got what they had come looking for.

Lots of new BMW Motorrad products and hands-on customizing.
Apart from the already presented BMW Motorrad models for the 2018 model year, the BMW Motorrad Days were also dedicated to showing two special innovations. It was the premiere for both the BMW Motorrad Spezial range and the new Connectivity with TFT display special equipment.

The large number of exhibitors and the action-packed program once again made for three very worthwile motorcycle days. Around 100 exhibitors from customizing, tuning, accessories and many other areas presented their wares and services. The fans made great use of the opportunity of meeting the BMW Motorrad product specialists in person and to talk shop in the exhibition tent. Urban Motor also demonstrated exciting live customizing action.

As usual at the the BMW Motorrad Days, a number of special guests once again accepted the invitation to come to Garmisch-Partenkirchen this year. Actor and documentary filmer Hannes Jaenicke, his actor colleagues Daniel Roesner and Lucas Gregorowicz, the singer Wincent Weiß as well as the photographer and adventurer Michael Martin joined in the fun with all the other BMW Motorrad Days enthusiasts.

In the “Challenge The World Champion” riding skills competition, BMW riders could strut their stuff themselves on the G 310 GS in the Event Arena and challenge world champion Bernd Hiemer on a special course. Finally spectators were in for a special thrill at the motodrome wall-ride show, where for the first time ever, four riders thundered over the wooden floorboards on their BMW R25s at the same time.

Happy fans and festival fun.
Once again, the BMW Motorrad Days went off peacefully and without any noteworthy incidents in 2017. Its constantly new attractions and enthusiastic visitors make the Motorrad Days what it is today: the most important event for the international BMW Motorrad community.

Once again the catering was excellent this year in the festival tent, at the numerous stands across the event grounds and at the party locations. This year, guests consumed some 17,000 litres of beer, 16,000 litres of soft drinks and 4,000 portions of chicken among other things.

A very special thank-you goes to the local authorities again this year: The Garmisch-Partenkirchen market community, the public order offices, the Bavarian Red Cross, the Federal Agency for Technical Relief, the fire department, the police and the many local emergency personnel from Garmisch-Partenkirchen ensured that the world’s largest BMW Motorrad Meeting went smoothly in 2017, too.

True to the motto: “it’s the guest’s who turn the whole thing into a reak party”, BMW Motorrad would like to send out a big thank-you to the over 40,000 fans and visitors this year. They turned Garmisch-Partenkirchen into the centre of the BMW Motorrad Community once again with their great level of enthusiasm.

The preparations for the 18th edition of the BMW Motorrad Days, which will be held from 6 to 8 July 2018, are already underway.