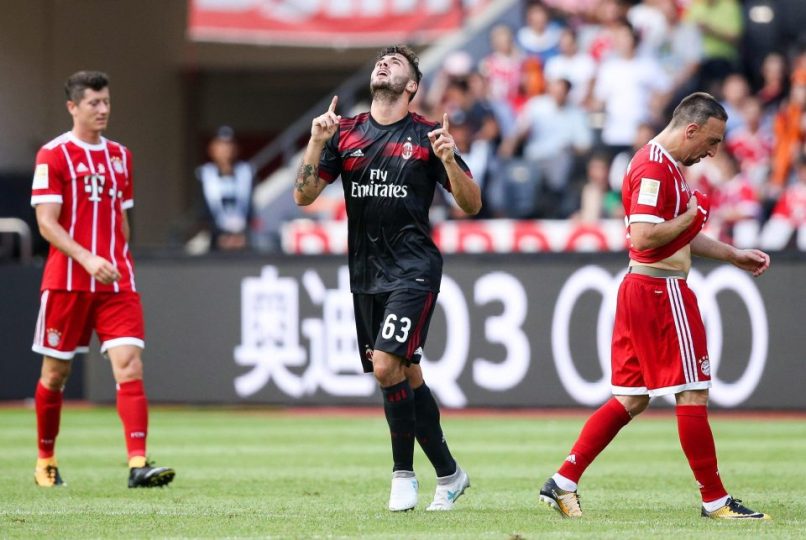 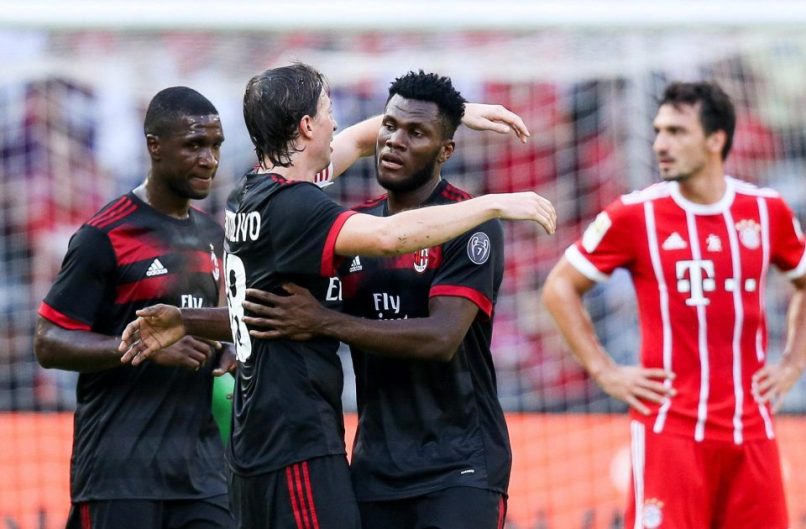 AC Milan’s big summer signing Leonardo Bonucci? enjoyed a winning debut for his new club on Saturday as the Italians thrashed Bayern Munich 4-0 in a preseason game in China.

The centre-back moved from Juventus for a fee of 40 million euro ($45 million) last week and came on as second-half substitute in front of nearly 40,000 fans in steamy Shenzhen.

AC Milan looked the more dangerous early on and opened the scoring in the 13th minute when a Ricardo Rodriguez cutback found its way to Franck Kessie, who drilled the ball home from the edge of the box.

Milan doubled their lead in the 24th minute with Rodriguez — a 17 million euro signing from Wolfsburg last month — again the architect.

The Swiss left-back curled a free kick into the box which Patrick Cutrone headed firmly past Bayern’s 17-year-old keeper Christian Fruchtl into the net.

M’Baye Niang, the most eye-catching player of the first half, caused all manner of problems down the Bayern flanks.

The Frenchman created AC Milan’s third goal when his defence-splitting pass put Giacomo Bonaventura clear. The defender then played a simple ball for Cutrone to slot home for his second of the match.

After the break, Bayern came closest to scoring when Thomas Muller’s drive from 20 metres out was well saved by Gianluigi Donnarumma.

The Italians completed a comprehensive victory five minutes from time when forward Hakan Calhanoglu cut inside from the left flank to unleash a powerful shot which flew low into the Bayern net. – Agence France-Presse