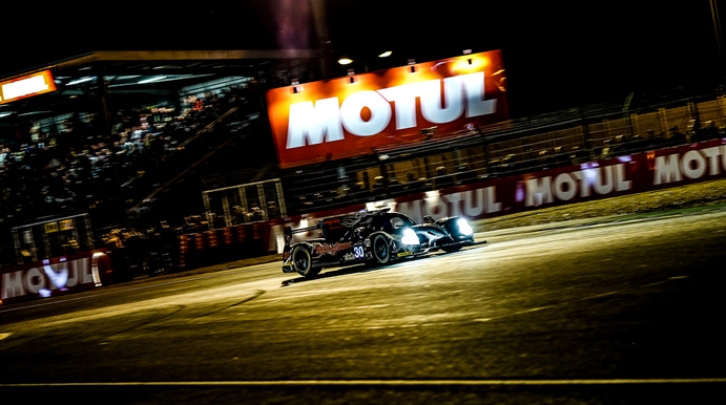 The Automobile Club de l’Ouest, organiser of the 24 Hours of Le Mans and promoter of the FIA World Endurance Championship, is proud to announce a multi-year partnership agreement with Motul which sees the renowned international lubricant specialist become the official lubricant company to the entire championship including its cornerstone event, the 24 Hours of Le Mans.

The links between Le Mans and Motul stretch back over six decades and endurance racing has contributed greatly to the development of the high-tech, high-performing products now available to its customers on both road and track.

This bond has been strengthened through Motul’s support of the ACO and WEC, becoming an Official Partner to one of the oldest and most prestigious motor races in the world.  At each of the WEC’s eight 6-hour race events, there will be a Motul corner featuring trackside signage plus the podium girls will be in Motul’s instantly recognisable colours.

Hervé Amelot, Motul President of Management Board:  “Le Mans is a central pillar to our four-wheel motorsport strategy, and this exclusive agreement is the outcome of more than six decades of collaboration and loyalty between Motul and Le Mans. It also comes as a result of the desires of everyone at Motul who attends this magic event each year, who wish to stay closer to our supported teams and help them technically day and night. By becoming involved with the FIA WEC, as well as a deeper collaboration with the ACO, Motul can spread the magic of Le Mans throughout its international distribution network which includes our subsidiaries, distributors and importers in more than 100 countries worldwide.  In keeping with the WEC’s other partners, Motul recognises that the championship offers a superb platform for not just visibility but also to welcome and spend time with some of our overseas colleagues and customers over the race weekends.  Thanks to this new partnership, we can now spread the passion and emotion we feel for endurance racing throughout the company, feelings which resonate particularly strongly each June at Le Mans.”

Pierre Fillon, President of the Automobile Club de l’Ouest:  “2016 is an anniversary year for the Automobile Club de l’Ouest as the club is celebrating being in existence for 110 years, always at the forefront of endurance racing.  The same can be said of Motul’s involvement at the 24 Hours of Le Mans, the greatest motorsport event in the world, and now with the WEC, offering a constant, reliable and high quality presence to teams over many decades.  Endurance racing has always had a real-world relevance to advances in road car design, performance and safety, including the development of new and improved lubricants and fuels: all have their roots in developments made by racing at Le Mans.  Motul recognise this, as we recognise their contribution, and we are delighted to welcome them to the Le Mans and WEC family.”

Gérard Neveu, CEO of the FIA World Endurance Championship:  “The combination of committed major automotive manufacturers to the WEC, and some of the finest drivers anywhere in the sport, ensures that spectators are privileged to be watching some of the highest level endurance racing of all time.  To this family we welcome companies which display commitment, quality and considerable international standing, attributes which Motul has regularly demonstrated so well through its many involvements with motorsport, and particularly at Le Mans.  As the WEC moves into the next stage of its growth and development, we are honoured to have companies such as Motul alongside us.”