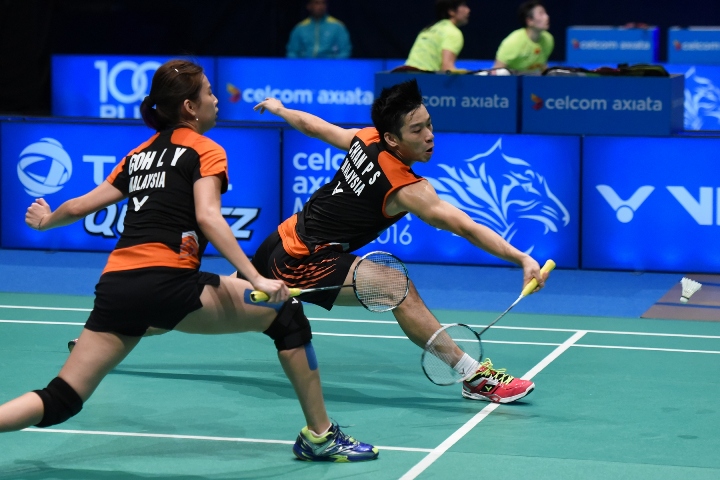 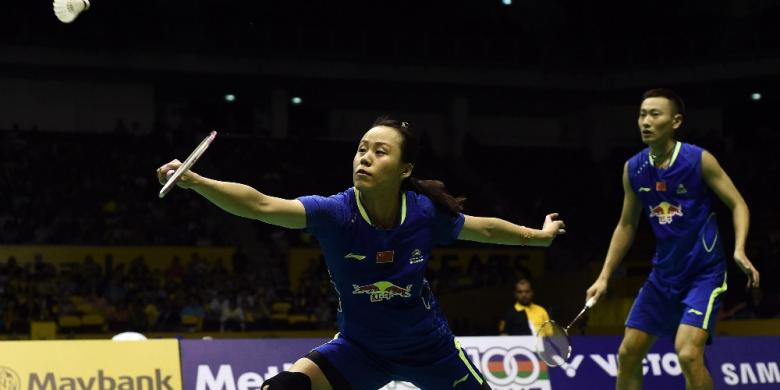 # To face Indonesia’s Tontowi Ahmad- Liliyana Natsir in the final

Difficult times seem to be over for Malaysia’s No 1 mixed doubles pair Chan Peng Soon-Goh Liu Ying as they reached their second final in two weeks after winning the New Zealand Open Grand Prix Gold in Auckland.

The pumped up Malaysians continued their fairy tale run in the USD550,000 Celcom Axiata Malaysia Open Superseries Premier at the Malawati Stadium in Shah Alam.

Peng Soon-Liu Ying reached the final after a stunning win over China’s world No 1 and top seeds Zhang Nan-Zhao Yunlei in the semis after an energy sapping first set before prevailing 24-26, 21-15, 21-13 which lasted a good 69 minutes.

“It is so tough playing the Chinese pair that it took us 10 matches to register a win over them…it sad but it is also very satisfying to have finally won and on home soil too,” said Peng Soon after the win.

The win came in the wake of the 21-18, 20-22, 21-17 win over Thailand’s Puavaranukrih Dechapol- Saprsiree Taerattanachai in the quarter-finals on Friday.

“Taking a set off the world champions would have been satisfying but to beat them and be in the final is something else.

“We prepared well and analysed their game. Good communication between us on the court is another contributing factor to our win,” said Liu Ying adding that they are getting back their form that once made them No 3 in the world.

The Indonesians hold a 6-1 lead in the head-to-head count over the Malaysians. Peng Soon-Liu Ying won their only match against the Indonesian in 2012 in the China Open.

Peng Soon-Liu were the runners-up in the Malaysia Open in 2013 but hope to go one better in Sunday’s final to give themselves the boost for the Rio Olympics.