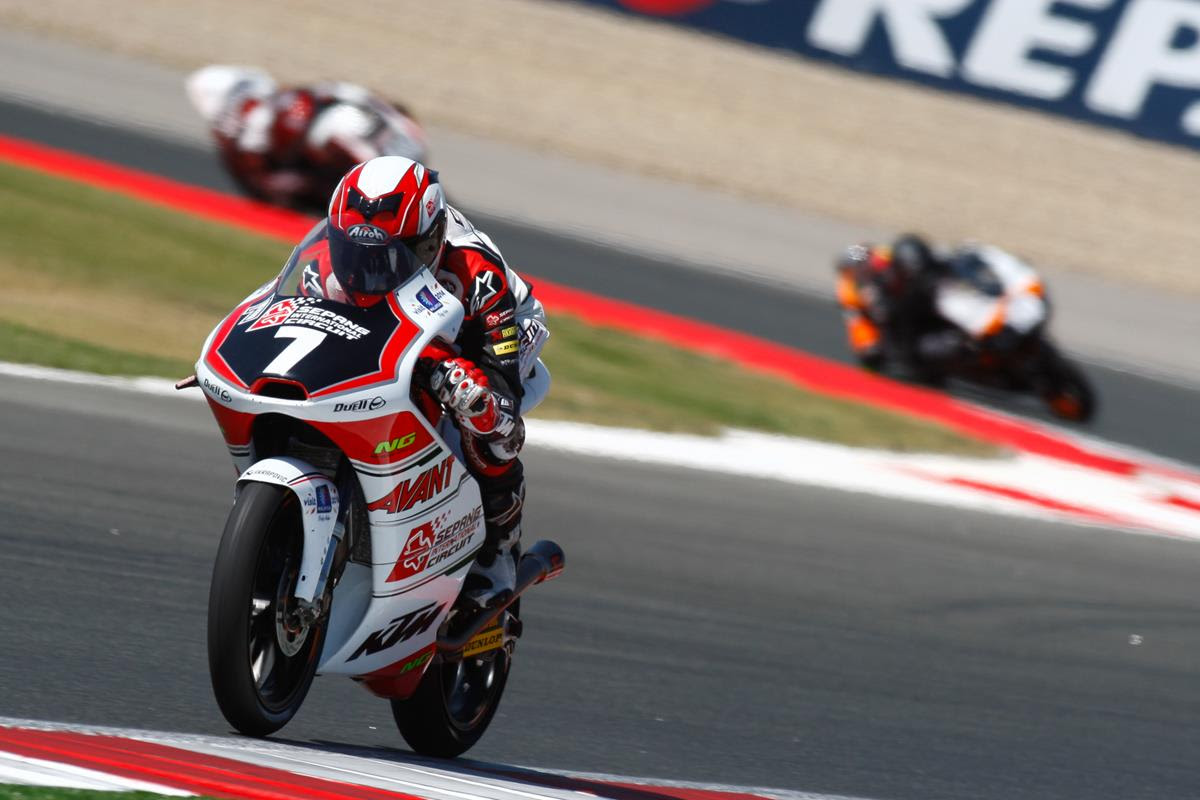 The FIM CEV Repsol returned to action after the summer break with the eighth race of the year. It was a very eventful round in which Adam Norrodin took his first three points in the series, crossing the line in 13th position. His teammate, Hafiza Rofa, also achieved his best result of the year, coming home 19th.

The race was the most tumultuous of season to date. After problems on the grid for some riders with their bikes, on the second lap the red flag was shown due to a crash involving two riders. The field returned to the pits and awaited the restart.

After the restart, in a race reduced to just 9 laps, Adam Norrodin got off well and was moved into 15th position. The SIC-Ajo Team rider maintained a very steady race pace, and on the last lap was able to overtake two more riders to cross the finish line in 13th place. The Malaysian rider scored his first points in the FIM CEV Repsol as a result. Hafiza Rofa crossed the finish line in 19th position, garnering his best placing of the season.

The next round of the FIM CEV Repsol will take place outside of Spain, at the Algarve circuit in Portugal, in early November.