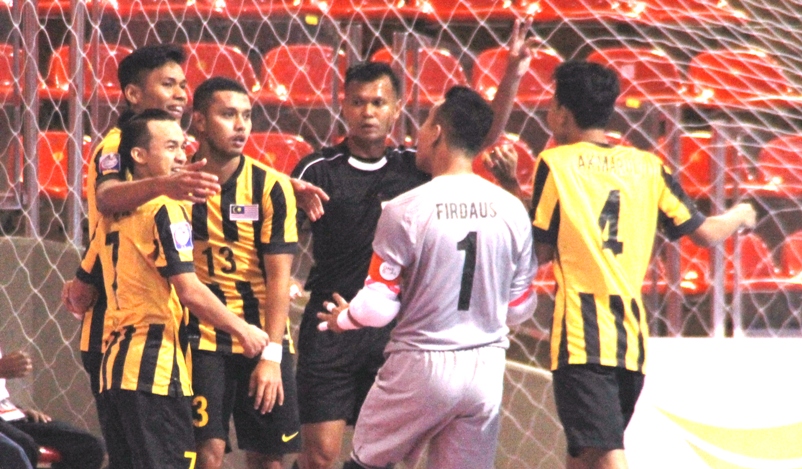 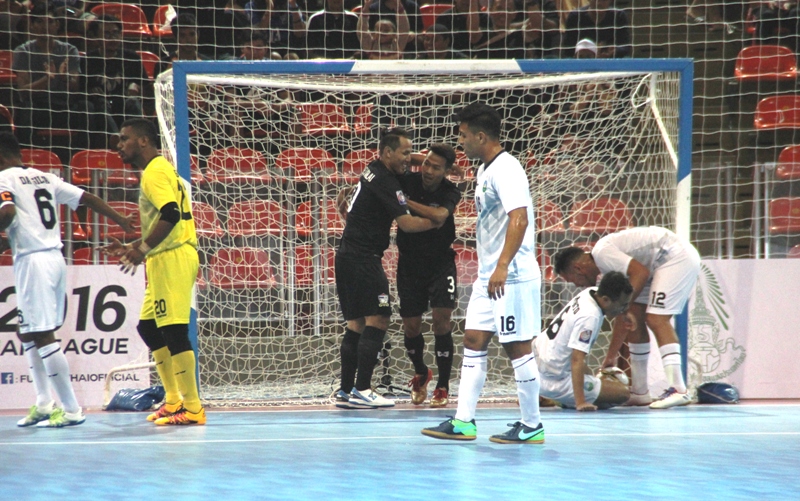 The action was end to end but in the end, it was Malaysia who scored a crucial win in Group B of the AFF AIS Futsal Championship 2016 when they beat nemesis Indonesia 6-5 in the opening game of the meet here at the Indoor Stadium Huamark.

With the prospect of playing hosts and 11-times champion Thailand looming large in the semi-finals, both Indonesia and Malaysia were looking to win the full points on the day so as to make sure of their chances in winning the group.

But while Indonesia, who started well with the first goal of the game through Andri Kustiawan in the fifth minute before taking a 5-3 lead at the half, broke down in the second half when they allowed the Malaysians to stage a comeback win.

Indonesia’s goals in the first half came off Randy Mushar (10th minute), Syahidansyah (11th) and then a double from Ardy Suwardy (19th). 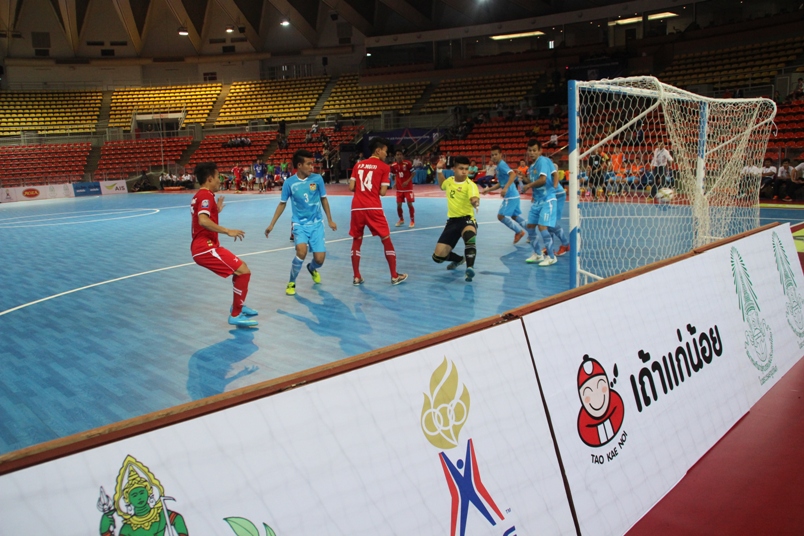 In the meantime, Myanmar took the top spot in Group B when they blasted a hapless Laos side 6-1.

Stuttering to a 1-1 draw at the half with Khin Zaw Lin’s goal in the 13th minute cancelled by Laos’ Soulichanh Phasawaeng (19th), Myanmar turned on the power to score five goals in the second half.

On the other hand, hosts Thailand had little difficulty to beat Timor Leste 11-2 despite fielding a young side in their opening game of Group A.

With the experienced Kritsada Wongkaeo leading the charge, the Thais were in total control throughout the tie and were rarely troubled after scoring two quick goals off Chaivat Kamgrajang (7th) and Peerapol Satsue (8th).

“The first game of the tournament is always important. It was not an easy match but we did enough to win the points,” said Miguel Rodrigo, the head coach of Thailand afterwards.