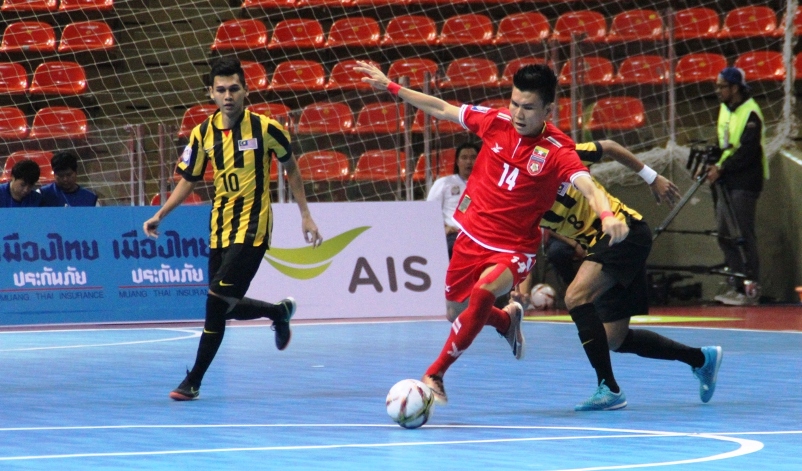 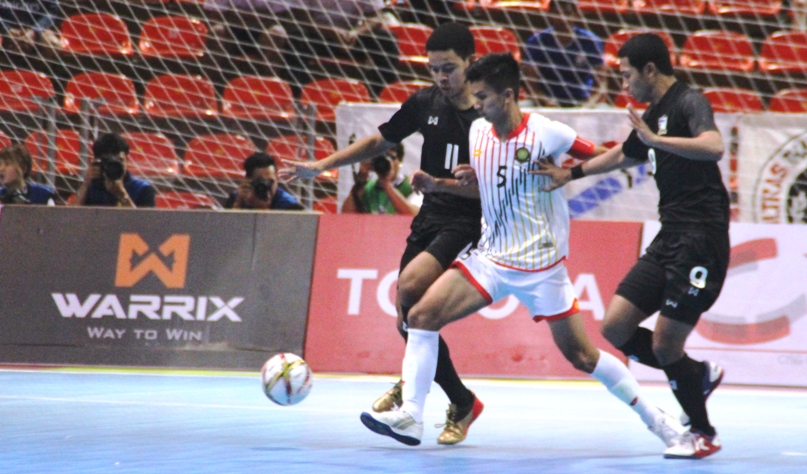 Myanmar avoided playing hosts and powerhouse Thailand in the cross-over semi-finals of the AFF AIS Futsal Championship 2016 when they beat Malaysia 5-3 in the final decisive Group B game that was played this afternoon at the Indoor Stadium Huamark.

What made the victory more fabulous was the fact that Myanmar fought back from three goals down to beat the over-confident Malaysians who crumbled in the closing stages of the exhilarating tie.

“We just wanted to avoid having to play against Thailand in the semi-finals. That was important,” said Myanmar head coach Htay Myint afterwards.

In a high pressure tie where both teams were desperate to win, it was the Malaysians who went ahead late in the first half through Abu Haniffa Hassan (17th) and Saiful Nizam Mohd Ali (18th).

And just three minutes into the second half, they nailed their third goal of the game from Mohd Khairul Effendy Mohd Bahrin  (23rd).

But Myanmar would soon regrouped and as the Malaysians lost focus where they wanted to defend their lead while at the same prevent Myanmar from finding the back of the net, it allowed their opponents to find their way through.

A double from Naing Ye Kyaw (31st and 39th) and then powerplay from Zwe Pyae Sone (32nd and 40th) as well as another from Hein Min Soe (36th) allowed Myanmar to win the group.

In the meantime, Indonesia completed their fixtures in Group B when they destroyed Laos 19-1 in a tie which has no bearing on the final standings.

The only goal for Laos came off Soulichanh Phasawaeng in the 38th minute. 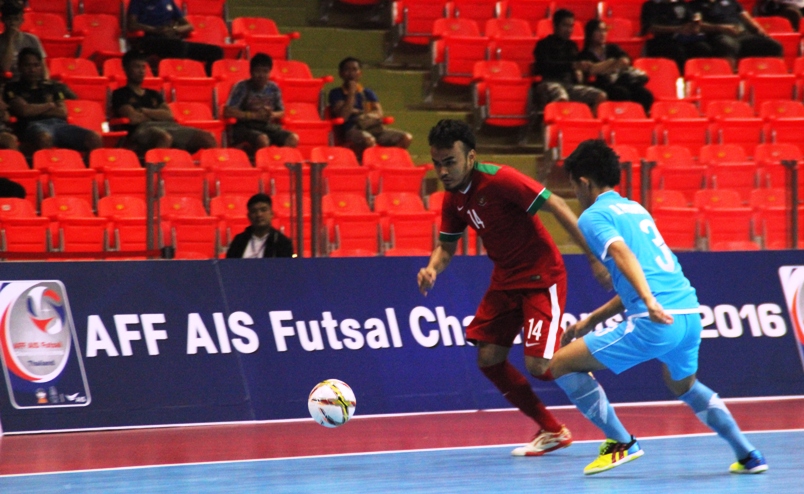 On the other hand, defending champions Thailand won Group A of the tournament when they easily overcame Brunei DS 17-2.

The Thais were in command throughout the encounter off the four goals from upcoming star Muhammad Osamanmusa (17th, 25th, 26th and 30th minute) and also a hat-trick from Panut Kitipanuwong (24th, 34th and 37th) and also Sorasak Phoonjungreed (5th, 33rd and 35th) leading the way.

Brunei’s two goals were scored by Maziri in the 8th minute and Abdul Azim Bolhasan in the 14th minute.

With the win, Thailand will take on Malaysia in the second semi-final in two days (27 Jan) while Myanmar will play the first semi-final against Timor Leste.