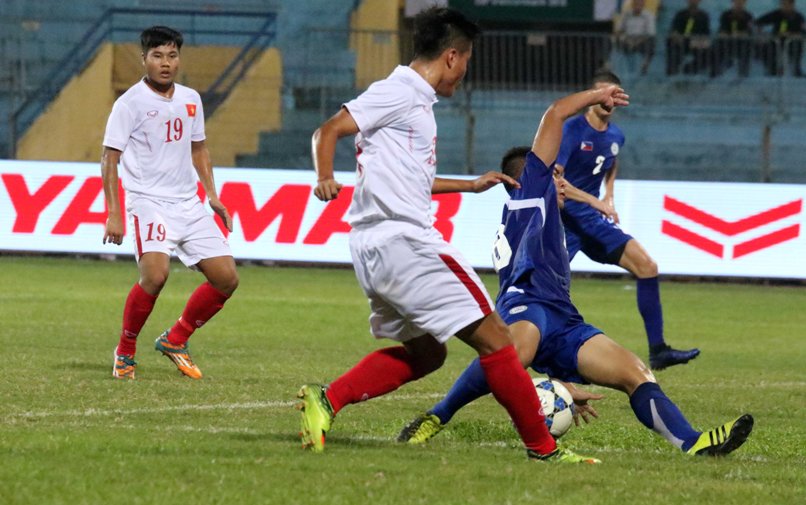 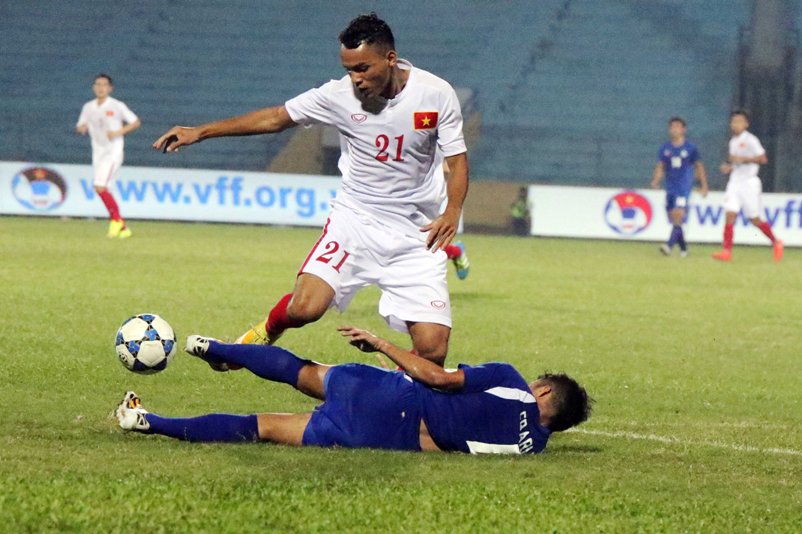 After three matches, Vietnam are in control of Group A of the AFF Vietcombank Under-19 Championship when they overcame a fighting Philippines side 4-3 here tonight at the Hang Day Stadium.

Needing to win after two losses in the group, the Philippines showed they were no pushovers when they made Vietnam work for everything before the homesters were able to win the full three points.

“Again, we did not play as well as we should and defensively, we need to be better,” said Vietnam coach Hoang Anh Tuan.

“We will have a few days rest before the final game in the group (against Malaysia), so we will have time to work on the team.”

But while Vietnam began strongly as they look to inject more confidence into the squad which has been under pressure, it was the Philippines who grabbed the lead after just 13 minutes when Mark Winhoffer capitalised on a defensive mistake from Le Ngoc Bao to score.

The lead was to last just five minutes when Vietnam earned a penalty that was converted by Ha Duc Chinh before the Philippines once again went forward in the 24th minute through the hardwork of Jeremiah Borlongan.

The flanker ran down the left before squaring the ball for Kintaro Miyagi to slot home.

Vietnam finally got their act together in the second half with a second penalty that was converted by Tran Tranh in the 59th minute as Du Chinh then put the game at 4-2 with the fourth goal of the game three minutes later.

The Philippines tried to close the gap and in the dying minutes of the match, Ngoc Boa conceded an own goal for the final scoreline.

“The two penalties were unfortunate but I believe in this boys and they can still play next year. They will be much better in 2017,” said Philippines head coach Dan Padernal.

In the meantime, Malaysia scored their second win the group when they beat Singapore 2-1. 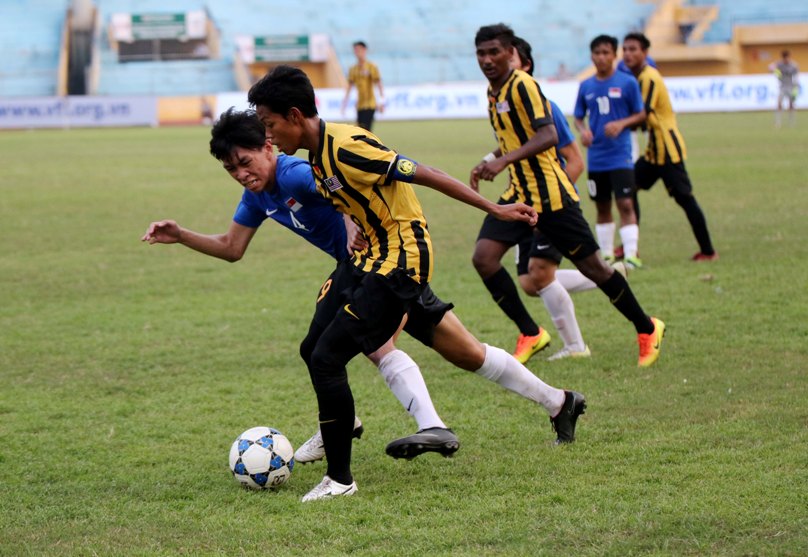 Malaysia had beaten the Philippines 5-0 two days earlier while for Singapore, it was their first loss after the scoreless draw against hosts Vietnam.

“We did not prepare for this tournament at all and the condition of the players was not good,” said Malaysian head coach Frank Bernhardt.

“But we did just enough for the win today to survive the second half.”

Under humid weather condition, both teams trooped to the field looking for the full three points as they train an eye into the next round of the competition.

As Singapore seem to struggle somewhat under the autumn heat, it was Malaysia who foraged forward through the hardwork of Muhammad Zarulizwan Mazlan and Muhammad Syami Safari from either flank.

In the 15th minute, a long switch saw Muhammad Zarulizwan firing in from  20metres out to beat Singapore keeper Muhammad Adib Azahari to the far post.

Just before the break, Malaysia notched their second goal off a fabulous solo effort from Muhammad Jafri Chew who turned a defender before slotting home past Muhammad Adib.

The introduction of Jordan Chan in the second half gave Singapore more pace as Malaysia began to tire. Always on the back foot, Malaysia found themselves under pressure as Singapore grew in confidence.

And five minutes to the end, they finally got the goal they were looking for when Muhammad Syahrul Sazali slammed in a freekick. But as they continued to chase, time was just not on their side as Malaysia heaved a heavy sigh of relief for their second full points of the competition.

“We made some mistakes in the first half but we improved in the second,” said Singapore head coach Inoue Takuya.