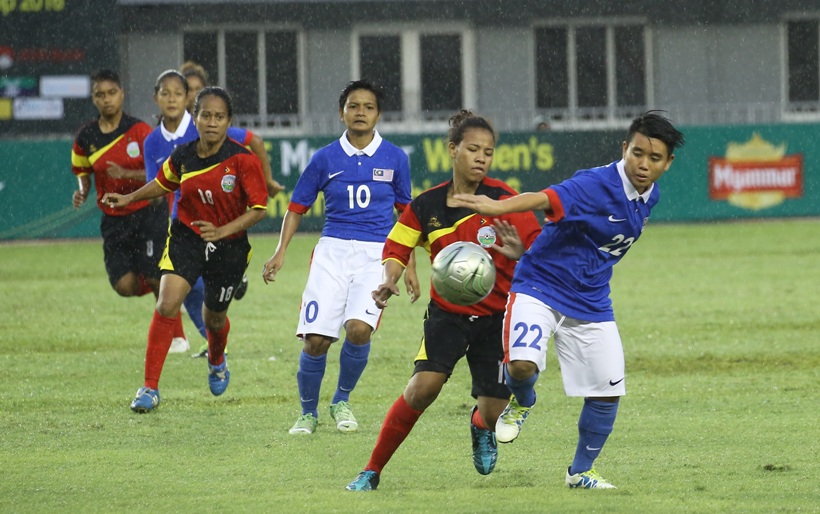 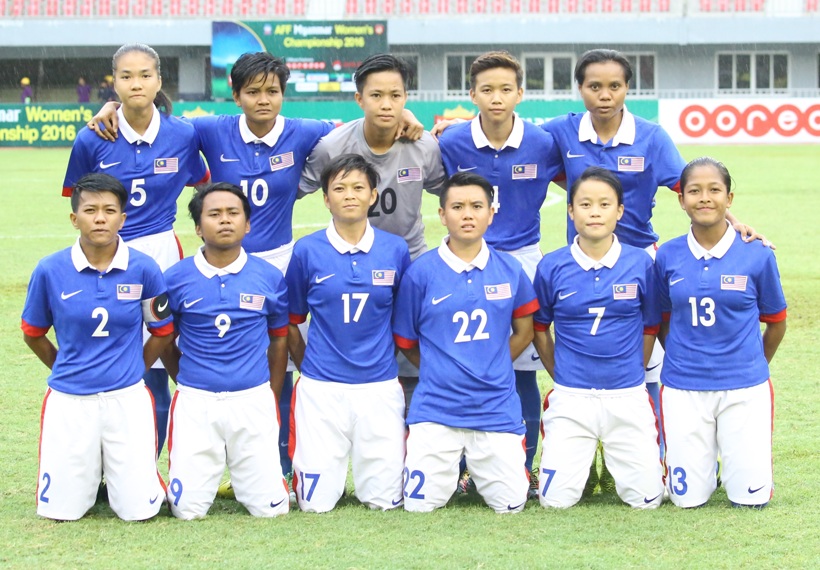 Despite the wet conditions due to the heavy drizzle, Shereilynn and Nur Haniza managed to wreak havoc on their opponents and scored five and four goals respectively.

The Malaysians came into the match riding high after their performance against hosts Myanmar two days ago. In that tie, Malaysia snatched the lead but eventually lost 2-1 in a game the local side were expected to win big.

In today’s game, Malaysia forced their way up and bagged the opening goal after only five minutes when Timor Leste defender Maria Da Conceica inadvertently turned the ball into the own net as she tried to clear a corner kick at the near post.

Then in the seventh minute, Shereilynn struck the first of five smashing goals today when her freekick found the top corner. She went on to hammer home four more in the 12th, 75th, 88th and 89th minutes.

Nur Haniza found the mark in the 17th, 32nd, 35th and 89th minutes while Malini Nordin was on target twice in the 27th and 45th minutes.

The other goal was from Timor Leste’s Luisa C.S. Marques in the 68th minute. With the win, Malaysia finish third in the group with Timor Leste occupying the last spot.