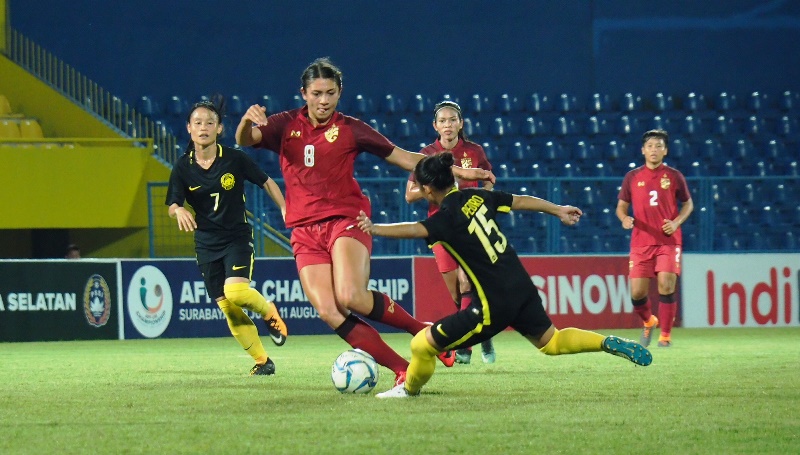 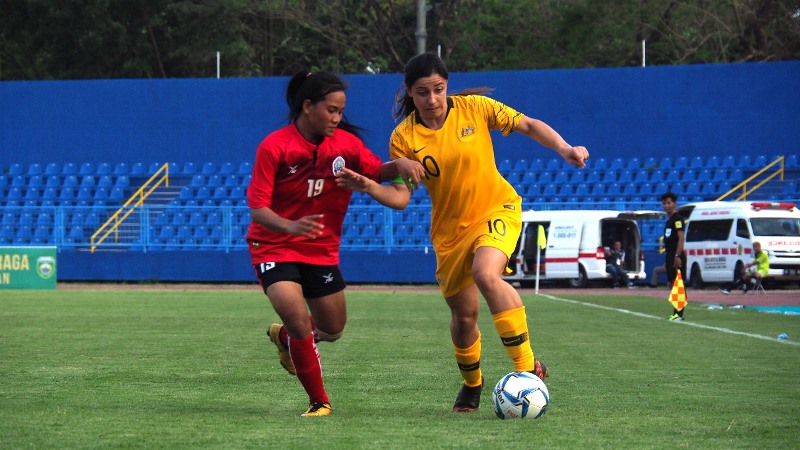 Following from today’s high scores with 20 goals shared, the stage is set for the Under-20 Australia and Thailand clash to decide the group winners and the runners-up team to make the passage to the next round from Group A.

The U20 Australian pounded Cambodia 12-0 while defending champions Thailand blasted Malaysia 8-0 in the second match of the evening at the Bumi Sriwijaya Stadium.

After today’s results, U20 Australia are at the top of Group A with 28 goals while Thailand are a rung lower with just a single goal lesser.

Both teams have picked up the same nine points from three matches played.

It was a fabulous Fowler show this afternoon in the U20 Australia-Cambodia tie as the lanky forward led her country slammed in five goals – all in the first half to lead over Cambodia 8-0 at the break.

Had not Mary Boio Fowler been replaced at the half by Princess Megan Isei, she would have surely added to her tally of eight goals so far in the competition.

The young Australian side came out with all guns firing as Fowler’s double in the tenth and 12th minute set the pace for the remainder of the match.

Fowler went on to score three more goals in the 18th, 25th and 31st minute.

In the meantime, Thailand faced little difficulties against minnows Malaysia when they blasted the latter 8-0 in the final game of the evening.

The Thais, who will be playing in the FIFA Women’s World Cup in France next year, utilised several positional changes as head coach Nuengrutai Srathongvian aimed to give variety to their attacking options.

Midfielder and captain Sunisa Srangthaisong played deeper down the left while Orathai Srimanaee had a more free playing role.

But even then, the Malaysian girls could not cope with the strength and presence of Suchawadee Nildhamrong at the centre of the park as she used her physical strength to full effect.