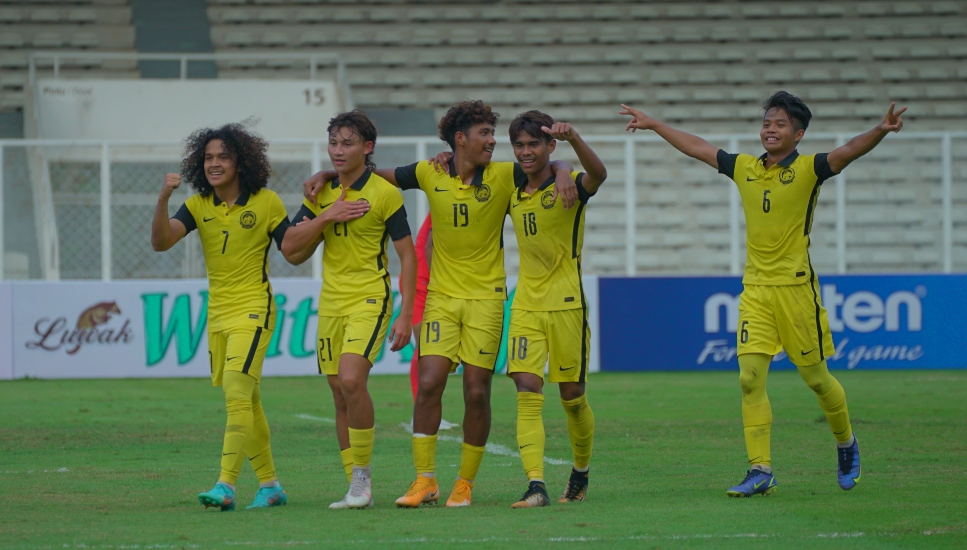 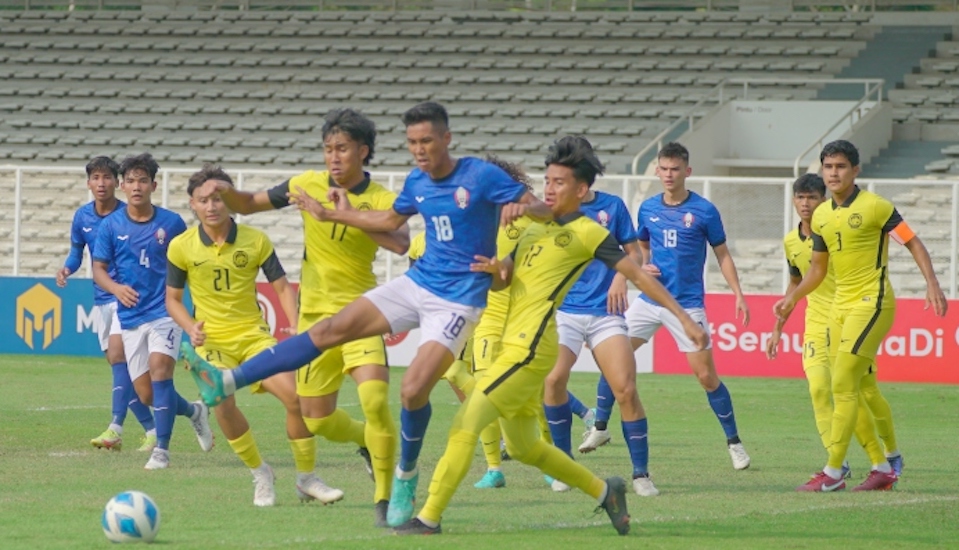 Malaysia scored a close 2-1 win over Cambodia as Timor Leste edged Singapore by a solitary goal on the second matchday of Group B of the AFF Under-19 Boys Championship 2022 today at the Madya Stadium.

Playing in their first game of the competition, the Malaysians were more composed against a well-adjusted Cambodian side under the sweltering Jakarta heat.

But it was the Malaysians who grabbed the early initiative as they turned their control of the game into fruition in the 13th  minute when Muhammad Najmuddin Akmal turned in the short pass from Adam Farhan Mohd Faizal.

Cambodia tried to get back into the game, but it was Muhammad Haiqal Haqeemi Hairi who capitalised on some hesitant defending at the half-hour mark to bounce the ball past keeper Reth Lyheng.

The pep talk at the break cajoled Cambodia into action and they came out pressing hard as the Malaysians had to take a more defensive position.

And just ten minutes into the second half, Cambodia managed to squeeze in the goal when Chanvibol Davit pick up the pass from the centre of the park to slot the ball beyond the reach of Malaysian custodian Syahmi Adib Haikal Mohd Shukri, who were stretchered out moments later due to injury.

While Malaysia picked up their first win, it was Cambodia’s first loss in two matches after beating Singapore by a solitary goal on opening day. 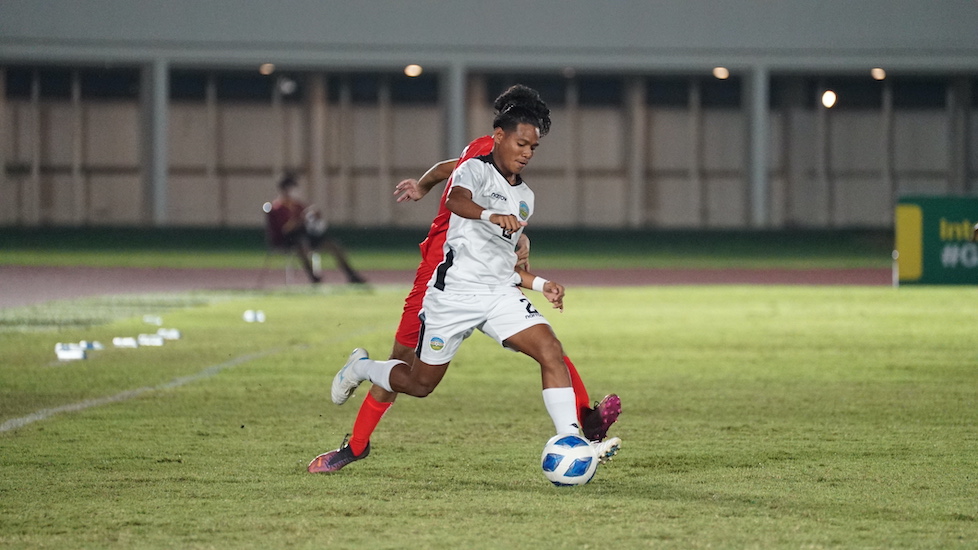 In the meantime, Singapore fell to back-to-back losses after going down 1-0 to Timor Leste in the second game of the day.

Timor Leste, who had fallen to a 2-0 loss to Laos in their first match two days earlier, were a lot more determined this time around.

They were all over Singapore like a rash as the latter seem to struggle to get into their opponent’s final quarter.

With the first-half deadlock, Timor Leste turned up the heat with Luis Ribeiro firing in a curling shot in the 47th minute that was blocked by Singapore custodian Firman Nabil Mohd Faizal.

But there was no denying Timor the goal in the 59th minute when Mario Quintao pounced on a poor clearance from a freekick to take the lead.

While Singapore pushed hard for the equaliser, they could not come close enough to make a real difference as the score stood all the way to the finish.