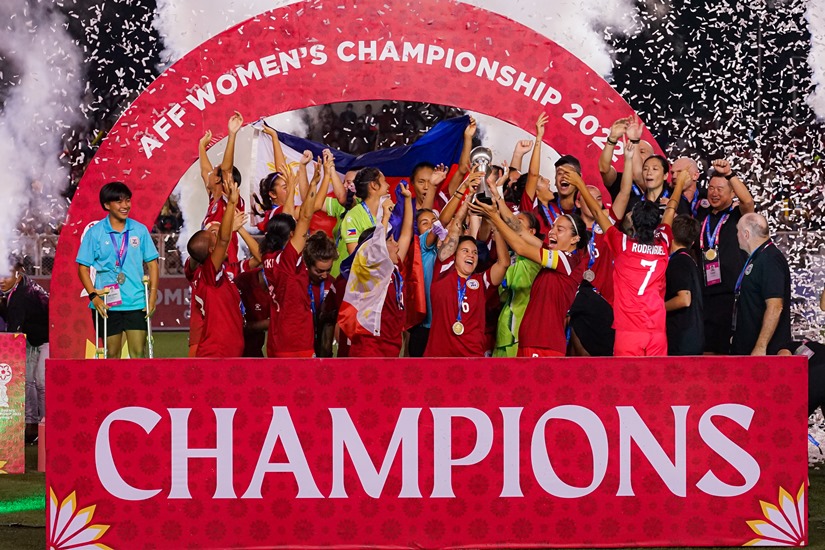 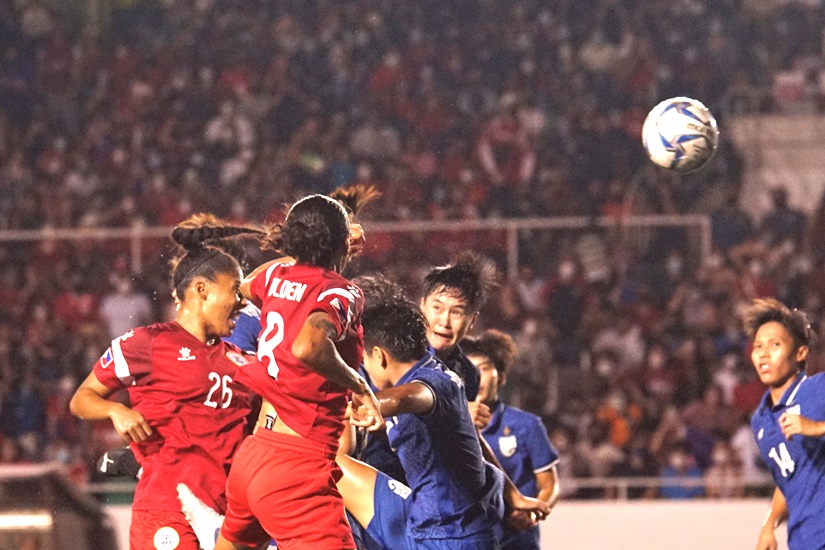 The Philippines completed the ascent to the top of the AFF Women’s Championship 2022 with a vengeful 3-0 win over Thailand in the final in front of a delighted hometown crowd at the packed Rizal Memorial Stadium.

Sporting bright red battle colors and energized by 8,257 noisy local fans, the Filipinas took the fight to the Thais, earning payback for their 0-1 setback to the same side in the group stage while bagging the country’s first major international title.

It was the latest laurel for the spirited charges of Australian coach Alen Stajcic, who qualified for the FIFA Women’s World Cup for the first time with their semifinal finish in the AFC Women’s Asian Cup last February and a bronze-medal finish at the SEA Games last May.

Defender Jessika Cowart bulldozed her way to the front in heading the first goal just seven minutes into the match off a precise right corner kick by skipper Tahnai Annis then Katrina Guillou threaded the needle inside the box in giving the hosts a surprise 2-0 lead at the break.

And, fittingly, it was irrepressible striker Sarina Bolden who hammered the final nail into the coffin with a header in the 88th minute, before exiting almost immediately to a standing ovation from the crowd.

The margin could have been bigger if not for the goaltending heroics of Thai keeper Chotmanee Thongmongkol, who was kept busy all night by the predatory hosts.

Her Philippine counterpart, Olivia McDaniel, also shared the spotlight and was superb at the net as usual, especially late in the second half when the four-time champions pressed the attack.

“This win is truly exhilarating. We’ve climbed a little hill tonight; we’ve conquered Southeast Asia but I know there are big mountains ahead. It is a big hill to climb and there are bigger challenges ahead of us,” said Stacjic. 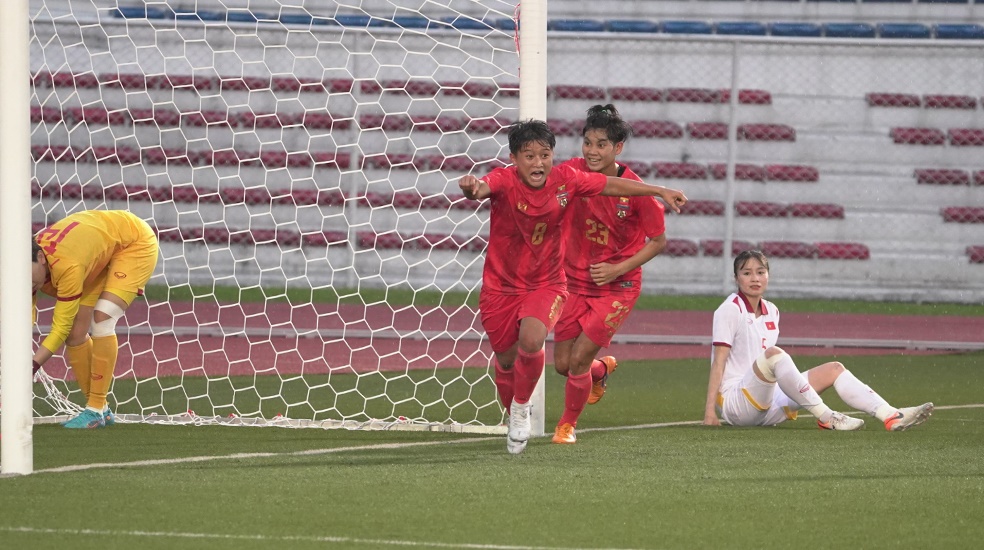 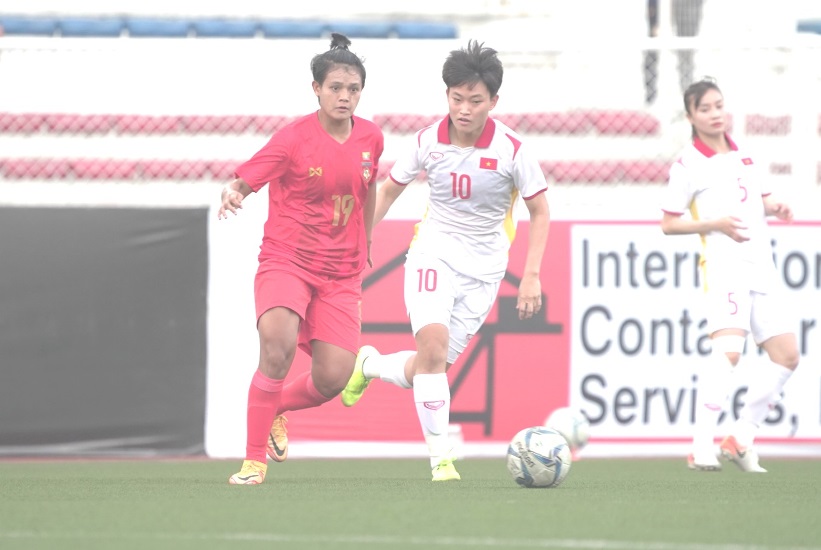 Scoreless in her previous outings, striker San Thaw Thaw cut loose with a hat trick, including the winning goal in the 88th minute on a follow-up in relegating Vietnam to fourth place for one of their most miserable outings in the tournament.