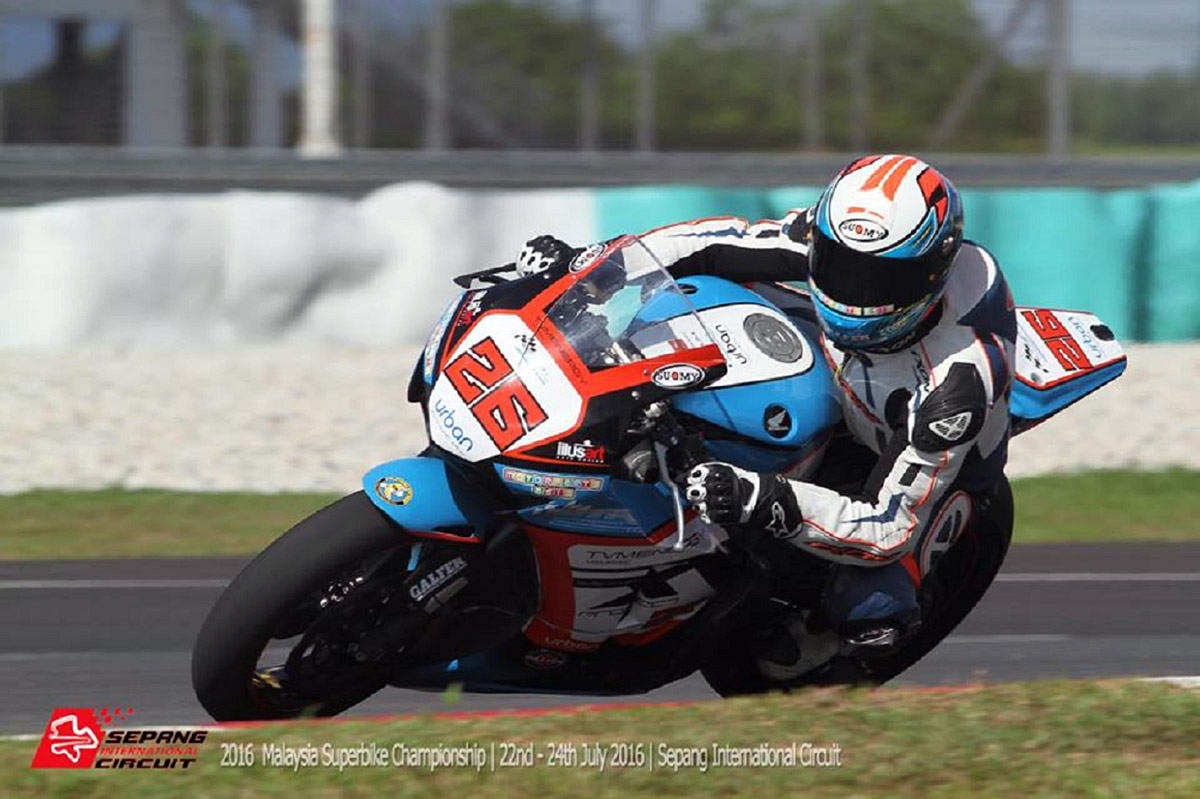 Ahmad Fuad Baharudin posed a threat to racers in the Pirelli Malaysian Superbike Championship (MSBK), after he topped the list with the fastest lap time on Day 1 of MSBK Round 3 at Sepang Circuit yesterday.Leading the championship with 77 points after two rounds, Ahmad Fuad Baharudin resets the bar for his competitors as he clocked in the fastest time in yesterday’s Qualifying race with a best lap time of 2 minutes 11.145 seconds around the 5.543km track on his Honda CBR1000RR.

On the track with 21 other riders, Ahmad Fuad’s closest competitor Cameron Donald recorded a best lap time of 2 minutes 11.846 seconds, 0.701 seconds after him. We can expect a close and heated battle between both riders, as Race 1 and Race 2 will be happening on Sunday.

Ahmad Nashrul Baharudin, brother to Ahmad Fuad Baharudin also set the best lap time in the Superstock category yesterday with 2 minutes 14.100 seconds on his Kawasaki ZX10RR machine. As for the Supersport category, Azlan Shah Kamaruzaman clocked in the best time yesterday with 2 minutes 14.188 seconds using his Kawasaki ZX6R, whereas Amirul Hafiq Azmi is only 1.067 seconds behind him.

Khairul Anwar Jamil also shined in yesterday’s qualifying race as he topped the list among 23 riders in the Production 250 category with the best lap time of 2 minutes 37.915 seconds on his Honda CBR 250R.

Fans can catch all the actions for free from the Main Grandstand. To be closer to the actions, fans can purchase Paddock passes at the Paddock entrance.