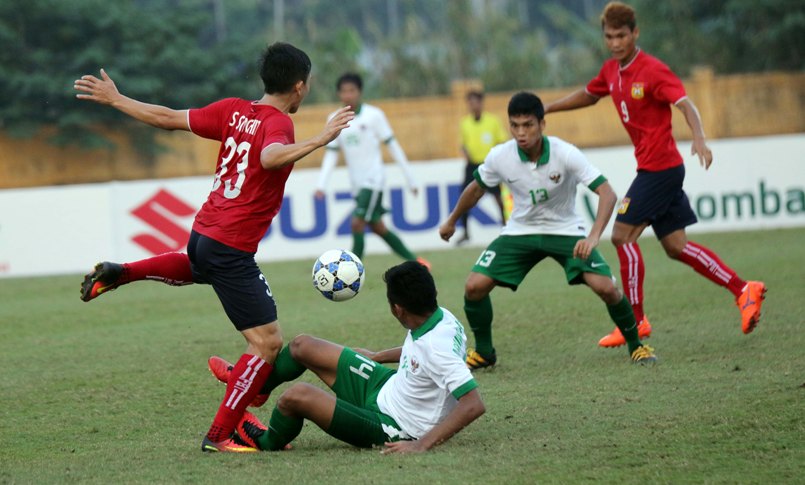 Indonesia finally scored their first win of the AFF Vietcombank Under-19 Championship when they beat Laos 3-1 in a Group B tie at the Vietnam Youth Football Training Centre.

The Indonesians, who were making their return to youth football competition following the recent lifting of the ban by FIFA, was determined not to make the same mistakes as they had done in their first three matches of the competition.

“It was a much better performance as we managed to minimise mistakes,” said Indonesian captain Andy Nugroho.

“We were better in the defence and also in the attack. I believe that we can be even better than this.”

A lot more composed, Indonesia cracked open the Laos defence in the 20th minute with Saddil Ramdani running down the left before squaring the ball for Pandi Ahmad Lestaluhu.

The score stood at 2-1 at the break with the positioning in reverse as Pandi Ahmad sets up for Saddil to score.

Laos were more vigorous into the attack in the second half as Indonesia were more determined at the back while at the same time looking for the chances to add to the scoreline.

Asnawi Bahar rocked the crossbar at the hour mark while some time later, Muhammad Alwi Slamat muffed the through ball.

In the meantime, Myanmar did not repeat the mistakes they made two days earlier against Laos when they beat Cambodia 3-0.

With Cambodia a stark shadow of themselves from the first game, a defensive error from Ouk Sovann in the 21st minute before Myanmar’s Thet Paing doubled the advantage nine minutes later.

Naing Win then rounded the win for Myanmar with the third goal of the game in the 50th minute.