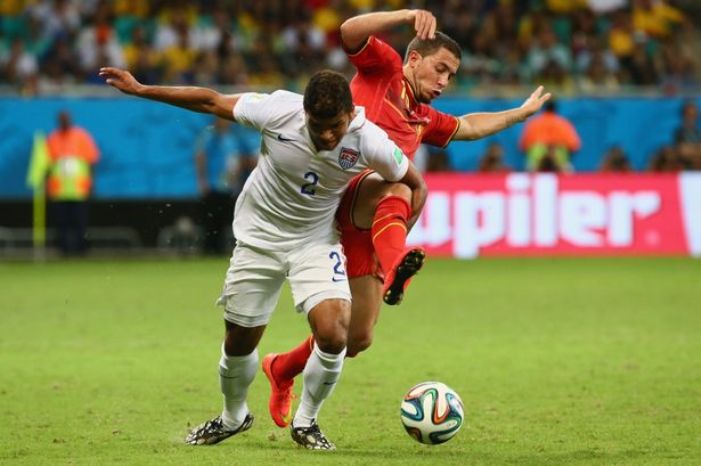 The 21-year-old signed a four-year deal with Spurs in August with his move to White Hart Lane from the Seattle Sounders delayed until the end of the Major League Soccer season.

“We are pleased to confirm that DeAndre Yedlin will be joining the Club in January,” a statement on the Premier League club’s website read.

Yedlin ended his MLS stint in style, helping the Sounders win the Western Conference title and Supporter’s Shield before losing to the Los Angeles Galaxy in the Conference Finals, and big things are expected from him by Tottenham boss Mauricio Pochettino.

“DeAndre is a young player with great potential who has already achieved a lot in Major League Soccer, Pochettino said.

“It is important for his development that he is given the time to adapt to his new surroundings both on and off the pitch and we believe that by coming to us in January it will give him the best opportunity to do so.”

Yedlin, who has 10 international caps, made three appearances for the USA at the World Cup, in group games against Portugal and Germany and in their last-16 defeat to Belgium.